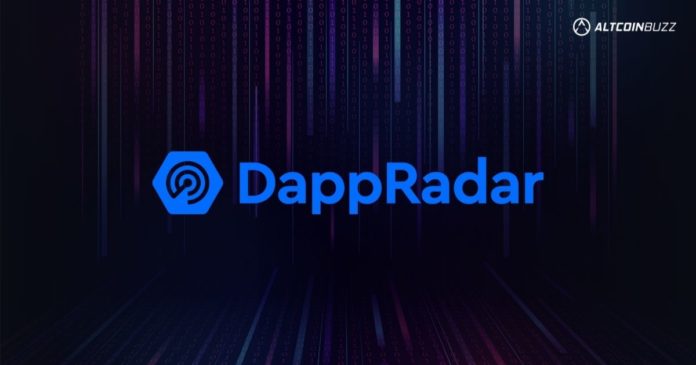 The second quarter of 2022 saw a series of tumultuous events. Crypto found itself in a bear market. Was it the result of some other factors that played a role? Or was it started by these events? The Terra/Luna collapse, CeFi taking a hit, and a big VC, Three Arrows Capital, in rough water.

A classic “what came first, the egg or the chicken” situation. We are going to have a look at the Q2 DappRadar report on the industry. This may have some answers.

🔥 The market cap for #Ethereum’s top 100 collections in terms of ETH surpasses 6 million ETH, growing 7% amidst a 72% collapse of ETH’s price.

➡️ Check out our Dapp Industry Report for Q2: https://t.co/epH7NJpqPG

If you’re active in the crypto and blockchain market, you probably saw your portfolio take a dive. There were some events that caught our attention. If you missed them, you must have been living under a crypto rock.

Since the Terra/Luna disaster, there has been a 34% drop in the crypto market cap. It also dropped under $1 trillion again. We haven’t seen that since January 2021. It isn’t until the time of writing that crypto is north of that $1 trillion market cap again.

The Luna crash caused a few problems on various levels. We wrote extensively about Terra/Luna.

Trying to keep the peg cost not only the Luna Foundation Guard (LFG) dearly. The whole industry suffered. Luna, a top ten market cap coin at that moment, lost 99% of it’s value in no time. It took $27 billion off the table in mere hours. Just before the crash, Terra loaded up on $3.5 billion worth of BTC. Once the LFG decided to sell 80,000 BTC, the OG dropped 23% in value within a few days.

This caused the entire market to shake on its foundations. The market cap went from $1.75 trillion to $1.15 trillion, losing 34%.

The crypto market turned into a winter landscape. In all fairness, other complex macroeconomic factors also played a roll. Nonetheless, many VCs lost essential amounts of money.

This had an impact on quite a few centralized crypto lending platforms (CeFi). Various platforms have paused withdrawals. Transfers between accounts are also not in the cards right now. All these platforms ran short on liquidity. The DappRadar report digs deep into this.

The first one to start this trend was Celsius. They couldn’t meet withdrawal demand. We explained that in our Celsius articles relating to this situation. Celsius does seem to be on the mend, though. They managed to pay off close to $200 million on a Maker DAO loan. This resulted in a release of their collateral. That was 21,962 wBTC, just under $500 million. In the meantime, the CEL token went up by 225%. This is part of putting pressure on the Celsius short sellers. Just like the GameStop story.

BlockFi also pushed the pause button on withdrawals. This is another CeFi platform. However, they got bailed out by FTX with a $250 million sale option. Samuel Bankman-Fried coming to the rescue.

Nonetheless, we can extend this list. Babel Finance, Voyager, Coinflex, Vauld, and Hodlnot fit the mold. This also emphasizes the importance of noncustodial wallets.

3AC in the Mix

Recently, 3AC has filed for chapter 15 bankruptcy. Creditors can’t seize the company’s assets. This was all a result of being over-leveraged. We also reported on 3AC. Part of their problems were also Luna related. They bought $560 million worth of Luna tokens. That’s worth around $700 right now. It turns out that their risk management was poor.

Once more, we’re back at Terra/Luna. They had no less than $29 billion TVL in DeFi. Current TVL is $78.58 billion. That’s straight back to April 2021 levels. That’s 69% down from the close of Q1. It’s also 33% down compared to a year ago. The DappRadar report sees this as a drop in the price of the underlying cryptos. They also see a waning interest in DeFi.

Still, Ethereum sits on top of the pile with $49 billion. That’s a 63% market share. That’s an 11% increase over Q1. BNB is second in command, but dominance dropped to 8% from 20%. Polygon, Solana, and Avalanche are staying on BNB’s heels. The first L2 made it in to the top ten, welcome to Arbitrum.

Unfortunately, hacks still make headlines, according to the DappRadar report. During Q2, hackers managed to steal no less than $676 million. Bridges seem to be the most vulnerable part. This is why the Harmony One bridge made the headlines for all the wrong reasons. They lost $100 million.

NFTs Are Making a Stand

We already mentioned the current crypto winter conditions. Still, two sections seem to be going strong when compared with the rest. One of them is NFTs.

Some other numbers are dropping, though. The marketplace’s volume in USD dropped by 70% since May. Whilst ETH’s volume dropped by 55%.

Furthermore, the top 100 ETH collections lost market cap due to the ETH drop in price. ETH dropped 63% since Q1 started.

Solana and Avalanche did well with 21% and 15% increases, respectively.

A lot of action was going on at the NFT marketplaces. OpenSea is still the market leader. Uniswap took NFT aggregator platform Genie under its hood. This gives them an entry into the lucrative NFT market. Even eBay got into the action by buying the KnownOrigin NFT marketplace.

Solana saw the most growth, due to low gas fees and an easy onboarding set up. On the other hand, virtual worlds are losing ground. Decentraland and The Sandbox tokens dropped around 80%.

Splinterlands led the DappRadar charts for eight months. They still manage an average of 350,000 daily users.

The Move-to-Earn (M2E) trend is a result of gamified fitness dApps. Stepn takes the strudel here.

Still, in the dApps world, there are bullish signs. NFTs and gaming keep going strong. The virtual world tokens crashed, but their NFTs have enjoyed a strong quarter. We see Solana becoming a major NFT player. In the same vein, blockchain gaming keeps going strong.

These are bullish signs, and we can combine them with industry defining moments in the making. Both Cardano and Ethereum are closing in on important milestones. It’s tough presently, but there is light at the end of the tunnel. 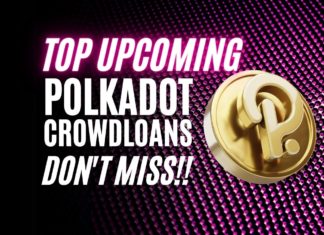 Abhay H - November 4, 2021 0
Kusama rallied over 100% since it announced the Parachain auctions in June 2021. Now think about the enormous benefits of investors who lent their...