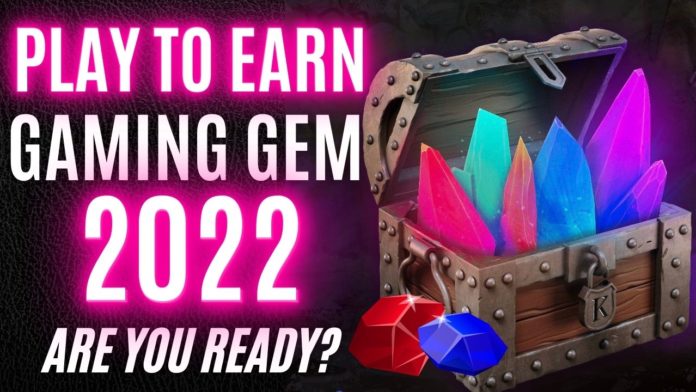 P2E games are a hot sector. Especially with crypto markets down like they are, the idea of earning while you play is enticing for even more people than usual. But what’s the big knock on these games? You probably know the big strike against them is that they are boring to play.

To some, it almost feels like a job instead of a game like it’s supposed to be, just due to the earning capability. Well today, we have a game that fights back against that and is fun to play with cool graphics. And it’s P2E. And what is this game? It’s called Kryxivia.

Why is it unique and could it be a Play to earn gem in 2022? We played out the alpha and are impressed with what Kryxivia brings to the gamers. Let’s take a look at it now.

Kryxivia is an MMORPG game with some unique features to it. It’s a P2E game that lets you play individually or in groups in a PvE environment. The team says a PvP arena is in the works but is not currently available in the Alpha testing version of the game, which is going on now.

Also, the team is visible and doxxed themselves, which is something we always like to see. The game is built with Unity Multiplay and has a medieval setting with cool graphics. It does look fun to play. You can configure your character in lots of different ways giving them more power to attack, defend, or heal based on your objectives for your character.

Moreover, the game uses Kryxits (CRICK-ZITS), gems, spells, and weapons as your tools to help you get through challenges and quests. Any of these tools are tradeable directly with any other player. We’ll get more into this but they have two tokens:

They are using both NFTs and blockchain for moving those tokens around in a different way than other games do. We’ll get more into that as we get into the game footage.

The team shared some cool game footage with us via a presentation they made on Twitch. And we are going to share some of that footage with you.

First, you have to create your character. We start that by connecting a wallet. Metamask, Binance Chain Wallet, or any WalletConnect wallet will do. Then, as soon as the game starts loading on your desktop (it’s not a full download just something to help with functionality). then the screen comes up where you create your new character so you can start playing.

Moreover, in the Alpha Test, you can only create one character. But that’s OK as there are fewer things out there that can attack you too. In addition, the game is backed by Unity Multiplay, which means that they are in a good position to scale the game as it grows. As you see here, you can Find a Server and Connect to the Game really fast.

As we said above the game is PvE and they will enable PvP soon. You can both search for your own group to form or join or if you are part of a larger guild, you will be able to enter and play together. Guild play is important to the Kryvixia team and is a high priority on their list. But it is NOT available in the alpha.

In minute 3 of this video, we feature some of the mechanics of the game including running and a fun little flip/roll feature. You can also view the equipment, spells, and gems that you have or are available to add to your character.

Also, the team has not created quests yet but they are considered a high priority. They will be a way for players to earn in-game rewards. Lastly, there are dungeons. You go there to fight the monsters in something resembling arena style. There are 2 now but the team expects to have 12 or more at full launch.

If you want to buy KXS tokens, the most likely place you can find them is on MEXC. 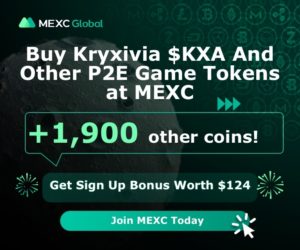 Kryxivia has a Unique NFT Mechanism

The NFT mechanism is unique here. That’s because there are both NFTs and a blockchain in use. So Kryxivia is not just going to have an NFT marketplace. There will be more. We first see this here in this section where you can either Import or Export an NFT.

And what’s that mean? Well the NFT lives on the BSC blockchain until you import it into the game. For many, this seems like it would be an extra step instead of just using BNB or the game’s native token to pay at the NFT marketplace.

This NFT Mechanism is actually really smart. First, as a holder, you can sell it on the blockchain or directly to another player in the game. So there are more liquidity options. Then if the NFT increases in value, it brings added value to the game too.

This is the first we’ve seen of this where NFTs have a dynamic (changing) value within the game. If you hold it longer, the amount of power it adds to your weapon increases too. This makes for a great HODLing strategy within the game and for tokenomics.

Like we said before, Kryxivia has 2 important tokens, KXA and KXS. KXA is the blockchain token. And it’s necessary to maintain the separation of the NFT when it’s on-chain vs in-game. And when the NFT moves from on-chain to in-game. The NFT and the corresponding KXA are burnt. There’s quite a bit of burning going on with these tokens.

Moreover, in case the NFT is exported out of the game to the blockchain, then the KXS token is burnt. But you do have to have some BNB in your wallet to pay for gas. And the socketing gems that we talked about, you have to pay KXS to do that. And those KXS are burnt too. Therefore, KXS is the in-game token so you get that as a reward for winning in the dungeon or future quests.

Then, once you are in P2E mode, you can also swap between KXA and KXS. Just like with Axie & SLP tokens. KXS is for in-game and KXA as the blockchain token is what should grow in value as the project’s market value grows.

Some Other Cool Game Footage on Kryxivia

There is a “God Mode“, which is only available for the dev team on display here at Minute 21 of the video. You can see the full listing of spells here.

Also, in this video, you can see Astral Shield protecting you from attack with full immunity for 5 seconds. Moreover, Healing Bubble can use to heal more than one player if you use it right. And you can create a distraction using fireworks, too. Lastly, there is a cyclone spell that spins you all around while slicing whoever is nearby if you have a weapon in your hand. It has some pretty cool features and good graphics.

So that’s our look at Kryxivia. Many P2E games are long, boring, and monotonous. But this game has great graphics, is really fast thanks to Unity Multiplay, and looks fun to play. That’s why we wanted to show you the footage. We think if you try it you’ll like it too. 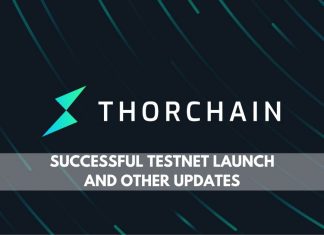 Racheal - May 29, 2020 0
Popular proof-of-stake liquidity protocol THORChain recently carried out a testnet with a small segment of its community. The testnet turned out to be quite...