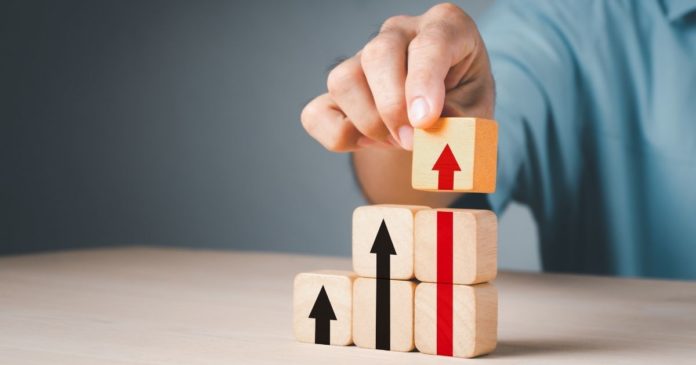 Cryptocurrency research firm Delphi Digital recently released a report on the growth of stablecoins in 2022. In addition, the platform shared a series of tweets stating that the supply of the top five stablecoins had grown by $20 billion in 2022.

Stablecoins are a big and growing part of the ever-expanding crypto ecosystem. Investors use them as a convenient and cost-effective means to conduct crypto transactions. Stablecoins also serve as a link between volatile cryptocurrencies and stable real-world assets like fiat currency. Also, crypto users can keep all of their transactions within crypto exchanges by trading with stablecoins instead of US dollars. This can save them money on fees that they would otherwise have to pay on several exchanges.

According to Delphi Digital, the top five stablecoins have seen explosive increases in their supply. USDC was largely responsible for a huge part of the growth. The stablecoin expanded to $10 billion in supply, which is half of the growth year-to-date. The growth of stablecoins is almost faster than in other parts of the crypto market.

0/ The top 5 stablecoins have expanded in supply nearly 13% in the year so far.

In today’s Delphi Daily, we examine what’s driving the stablecoin surge, some notable governance votes, and a podcast about @MetaMundo_NFT.

Furthermore, like USDC, UST has had a remarkable growth rate, with about 44% YTD. Additionally, UST’s supply growth places it in second place, adding $4.4 billion in supply YTD. UST’s growth can be traced to several recent events. For example, LFG raised $1 billion to form a BTC reserve for UST. This is in addition to the 12 million Luna donated by Terraform Labs to LFG for burning and to increase LFG’s UST reserves.

Why the Increase in Supply?

It’s quite surprising that, despite the slow state of the market, stablecoin supply has been on the increase. According to researcher Jack Melnick, “Stablecoin supply increasing still makes sense because it is a symbol of secular increase in belief in digital assets, but not necessarily being risk-on those assets in current market conditions.”

Additionally, some experts believe that retaining US dollars is becoming increasingly impossible to sustain, given the rising inflation rate. As a result, consumer spending power, as well as the value of savings, has plummeted. Also, the low saving rates have made most American users interested in stablecoins.

Stablecoins Have Been on a Growth Track

Stablecoins are undoubtedly the most controversial part of the crypto world. Politicians and regulators are wary of the risk they pose to the traditional financial sector. Most regulators believe stablecoins endanger global financial stability and deny governments control over their economies. But despite these lines of thought and threats, stablecoins continue to enjoy robust growth.

The remarkable increase in the use of stablecoins over the last few years is due to a number of factors. The most notable of these is the soaring popularity of the crypto market. Both Wall Street and Main Street have adopted the market.

The most common purpose of stablecoins is to make cryptocurrency trading easier, such as Bitcoin, Ether, and hundreds of other altcoins. While numerous exchanges allow users to trade Bitcoin for Ether, it is much more difficult to locate direct marketplaces for even the biggest of other cryptos. The most straightforward solution is to exchange one cryptocurrency for a stablecoin and then use it to purchase another. However, an even more common use of stablecoins is as a place to put money while waiting for a good opportunity to buy. The wealthiest crypto traders, including old-timers and newbies, rely largely on this.

Since stablecoins are mostly generated on demand, the rising price of some cryptocurrencies and Bitcoin has led to its surge. In February 2020, stablecoins had a market capitalization of $5.25 billion while Bitcoin’s price was $9,300. However, stablecoins became in high demand as the crypto world grew in size from $1 trillion to $2 trillion. Furthermore, the growth of other sectors, such as decentralized finance (DeFi), has triggered the growth of stablecoins.

So far, there are no imposed regulations, but there are chances that regulating stablecoins would limit their supply since they would need fiat backing. According to Boneparth, a financial advisor, “I think 2022 will be a bigger year of regulation than any other year before. The more mainstream crypto becomes, the more regulators and policymakers are going to pay attention to it.”

Finally, investors need to keep an eye on updates on regulation and how it potentially affects them. 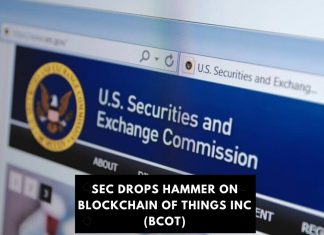 SEC Drops the Hammer on Blockchain of Things Inc (BCOT)