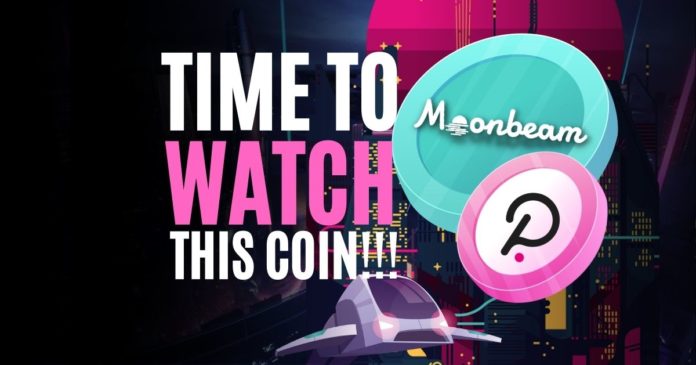 The Crypto market has experienced massive drops, reaching lows not seen in months. No one is happy about it. But just like 2021, 2022 is going to be a huge year for crypto.

We will see some tokens and coins lose significant value as we already are. But at the same time, there will be some that will have an interesting year ahead. And Moonbeam is one of them because it is one of the most bullish sectors of 2022.

Therefore, in this article, we will give you a deep review of Moonbeam, showing the features, roadmap, tokenomics, competitors, and much more.

As we already know, the blockchain projects of the future will not operate the way they are operating today. They will be interconnected by projects like Moonbeam which is the first Polkadot “Parachain”. If you are familiar with Polkadot, you know it is a network of blockchains that are linked together called “Parachains”

Now Moonbeam is one of the 130 parachain’s being built upon Polkadot. It is the first parachain to become fully operational on Polkadot, opening the door for the 80+ projects in the Moonbeam ecosystem to deploy that range from wallets to NFTs.

Now the question is why is Moonbeam so interesting? Well, in simple words Moonbeam provides Ethereum developers a chance to use their favorite Ethereum developers tools like Metamask, Remix, Waffle, and more. This will let developers build new projects dApps on Moonbeam and Polkadot, or redeploy their existing Solidity projects through minimal changes.

And how does that impact dApp users like you? For example, did you know that SushiSwap started working with Moonbeam? Once Moonbeam becomes interoperable with other parachain buildings on Polkadot, Sushiswap will have access to polkadot-assets. That means if you are a user of SushiSwap, your choice of tokens to trade and the available liquidity pools will become massive.

Ethereum compatibility, cross-chain integrations, staking, and governance are some of the most important features. Here are more of them:

Moonbeam is indeed compatible with Ethereum’s dApps. However, there are some differences:

Number #1 Moonbeam uses a PoS consensus which is a scalable and green alternative to Ethereum’s existing PoW consensus.

Number #2 Moonbeam has a set of on-chain governance features which ensure the future development of the project is in the hands of stakeholders instead of only the core development team.

With most of the Ethereum, compatible projects users need to manage two private keys. One for Ethereum and another for the compatible platform. But with its recent v3 upgrade, Moonbeam has eliminated the confusion and security risks that come with handling two private keys.

As a dApp user, you just need a single Ethereum-like account and its associated private key to interact with dApps and protocols. Also, for activities like on-chain staking and on-chain governance.

One of Moonbeam’s most important intended features is to make it simple for developers to utilize smart contracts to interface with other Polkadot networks.

Therefore, the first scenario that Moonbeam is interested in is in allowing tokens from other chains to be converted into Moonbeam-based tokens. Therefore, these tokens may be utilized in DeFi and other dApps. These assets can then migrate back or out to other chains after their task is completed.

🔥​ Fantastic to see the collaboration between two great teams in the Moonbeam ecosystem! 🤩 https://t.co/IWl2IdUcBW

Users can stake by using its metamask extension wallet to Moonriver. So you can start staking GLMR tokens. According to CryptoNinja’s the APY was above 500% on Jan 11th.

Moonbeam is a decentralized network that will be run by a token holder community. Its governance mechanism is very similar to how Kusama and Polkadot do it.

This means that a maximum of 100 voting proposals can be opened, where they can be canceled before being voted, among other features.

Each network built on Moonbeam will have its treasury, which is an on-chain controlled fund collection. The Council will oversee this treasury, which will be supported by a portion of the network’s transaction fees.

Moonbeam has a Nimbus Parachain consensus mechanism, where Nimbus is a framework for building slot-based consensus algorithms.

Transak is a developer integration for a fiat-to-crypto payment gateway that allows users to access crypto and blockchain.

What makes Moonbeam different from other Polkadot’s parachain is that it helps your ethereum-based project to expand its reach to users outside ethereum’s ecosystem where they can enjoy low gas fees.

Another important feature of Moonbeam is that projects can access intern Moonbeam assets like DOT, KSM, GLMR, the aUSD stablecoin, and other bridged assets like bitcoin and ERC-20 tokens.

According to the roadmap, Moonbeam is still under construction. However, since the launch of the TestNet in September 2020. The platform has been performing big updates on a near-monthly basis.

For example, in June 2021, Moonriver went live on Kusama. Also, in December 2021,  Moonbeam went live on Polkadot. Also, in 2022, there are some important milestones to be achieved.

According to Coingecko, Moonbeam can generate an endless supply of GLMR tokens, where now there are more than 1 billion tokens and the circulating supply is 7% of the current total supply.

This could be a negative point for the project as it is only dependent on staking to create a price squeeze. At present GLMR has been swinging between new all-time highs and lows. But our technical analysis suggests it could be 5X if it crosses a major resistance zone.

Watch out for our GLMR Technical analysis at the end of the video. Also, the GLMR token has very regular use cases inside the network:

You can buy GLMR tokens in Binance, Gate.io, OKX, TokoCrypto, and KuCoin.

Moonbeam is a smart contract blockchain platform created with the Substrate framework in the Rust computer language, which prevents many common bugs and security issues with a rich set of tools for developers.

Therefore, Moonbeam has an incredible potential to build or migrate any kind of decentralized application from EVM-compatible blockchains like Ethereum, BSC, Avalanche, and Fantom.

In other words, in a couple of clicks, developers can leverage their protocols in Moombean’s market to have a large user base and a higher TVL.

Polkadot has many parachains that are looking for an allocation in auctions. However, there are other parachains that like Moonbeam, are focused on smart contracts compatibility:

Astar, as Moonbeam, is a parachain that currently has $894 million in Fully Diluted Valuation. Also, Astar the first place in the third Polkadot auction having more than 10.3 million DOTs in funds.

But Moonbeam will have a first-mover advantage here unless the other two make some major leaps.

1/ 🔥 @subdao_network is coming to Moonbeam & @MoonriverNW! SubDAO is a cross chain protocol that brings DAO capabilities to users with tools specifically designed to create and manage DAOs.

Check out the announcement 👇https://t.co/3rSQv2I6A9

The only risk we see so far is that Moonbeam is at a very early stage. According to the roadmap, Moonbeam was launched this month and is still adding compatible protocols to its network.

Therefore, its early age also has a potential negative side because big investors might have to wait to see how its ecosystem develops. So, investments will flow depending on the milestones that the network achieves.

GLMR has a strong zone at $9.65. If it can move up because most interoperability projects are moving up right now, it can stay above this resistance and flip it to support, we could start seeing a move towards $11.47, $13.08, and $15.96.

But on Feb 11 Presale $GLMR will become available in the market and a price dump is expected around that time. It could turn out to be a great buying opportunity for a low-cap gem then. You can see more about this analysis here.

Moonbeam is on a big mission to create a future-friendly, decentralized and transparent ecosystem that supports the development of secure and cost-efficient dApps.

With a growing community of developers, Moonbeam in our opinion is one of the most important projects in the interoperability space so you should add it to your watchlist. 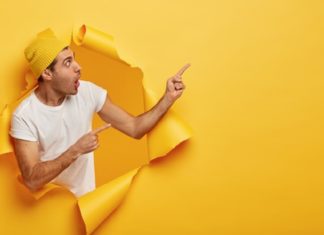 Deepika Garg - February 26, 2021 0
Terra Virtua, the official NFT partner of Legendary Entertainment will list in Binance Innovation Zone in a couple of hours. According to the official...