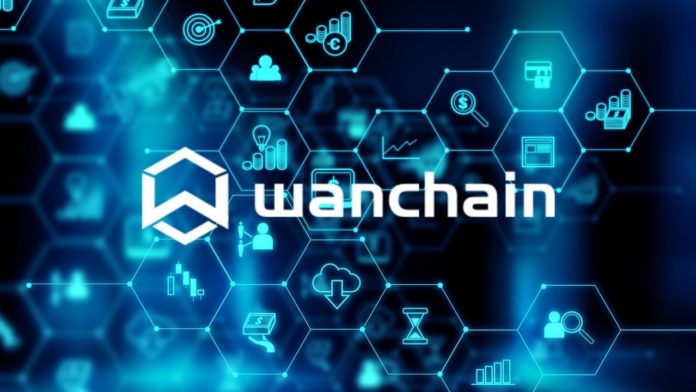 According to DeFillama, Ethereum is the DeFi leading blockchain that has inspired the creation of tools called “bridges” that made ERC-20 tokens work on other blockchains. As a result, over time, these bridges have expanded to multiple blockchains that allow the ecosystem to be more robust and of better quality.

Therefore, according to bitcoin.com, the Total Value Locked in cross-chain DeFi bridges exceeds USD 22 billion, jumping 48% in 30 Days. This confirms that blockchain bridges are getting massive usage. However, no project allows linking tokens from 10 different blockchains as Wanchain does.

As you can see, there is a lot of room to grow for Wanchain, which has reached the USD 320 million mark in bridged assets.

That’s why we have handpicked 3 top projects on Wanchain that we believe have a perfect chance of success. So stick around to the end as one to see the actual dimension of this project.

WanSwap is an innovative crosschain automatic market-making (AMM) decentralized exchange (DEX) based on Wanchain. When writing this article, it has USD 83.8 million in TVL, and its native token, $WASP, has USD 9.6 million in marketcap.

What we love about WanSwap is that seven unique features:

WanSwap provides a quick exchange via its trustless, decentralized ecosystem with practically free-cost transactions. Also, as a truly DEX, users can connect with WanSwap via their wallets securely and straightforwardly. No KYC or AML procedures.

Therefore, it’s essential to mention that WanSwap’s smart contract is audited by HAECHI. On the other hand, as mentioned in one of the features above, WanSwap has incorporated a governance protocol where proposals consist of a 3 to 5 days voting period. The votes are split into two types:

2. Menor proposals Initiated by the team

This sort of Proposal will give the public a variety of voting options. The plan with the most significant percent preference will be implemented at the end of the voting session.

Finally, anyone can start working with WanSwap right now. Also, you can purchase its native token, $WASP, in WanSwap (Swap section) to get the benefits of the growth of this platform.

Zookeeper converts yield farming in an NFT game. This platform brings a brand new and exciting farming experience, enabling users to enjoy higher rewards and more interesting NFT gameplay and use cases. Nowadays, it has a USD 43.5 million in total value locked (TVL)

We like this platform because it’s compatible with four different wallets: Metamask, Wanmask, Wanwallet, and walletconnect. Here are Zookeeper’s features we love:  Zookeeper introduced a new concept called “dual farming,” which allows the user to farm zoo tokens and wasp tokens (on selected pools) due to the partnership with WanSwap.

Moreover, ZooKeeper allows users to increase yield farming rewards by utilizing the optional lock duration feature accessible for each pool. The more time you choose, the more benefits you will receive. Finally, ZooKeeper has implemented several burning processes on its platform to decrease the maximum quantity of $ZOO, Zookeeper’s native token.

Nowadays, the platform has eight different services, and we highlighted these:

ZooKeeper has established a Governance Proposal that includes a 3–5 day voting session in which the community votes with their $ZOO Token balance. There are four voting proposal categories in all, separated into two parts. These proposals are split in two:

⌛️ Time to vote for our next season’s Safari Pool!

On the other hand, $ZOO is used as a Dynamic Market Cap method due to the burning of $ZOO tokens and the deployment of NFT Boosts inside its farming setting. Also, $ZOO tokens are distributed over 24 months at a rate of 10 $ZOO every block. $ZOO tokens will never be pre-mined or pre-sold in any way.

Moreover, it’s important to say that Zookeeper has been officially audited by HAECHI and the WanChain Team.

Did you know that ZooKeeper is now multi-chain? This remarkable feature converts this dApp into the first decentralized multi-chain gaming platform, where the new vZoo token connects all the Zookeeper ecosystems using the WanChain bridge.

Finally, anyone can start getting involved in the Zookeeper now.

The Wanchain Bridge is a decentralized cross-chain solution to bypass cross-chain transaction fees. In this platform, you can use more than 25 tokens to pass through 10 different blockchains. There is no other bridge in the crypto ecosystem that supports so many platforms. You can find the cross-chain pairs, which you can swap here.

On the other hand, there is a “History” tab to see your previous transactions. We love The Wanchain Bridge because it adopts a Proof of Stake (PoS)  consensus mechanism for ordinary transactions and implements consensus and incentive mechanisms for cross-chain transactions. 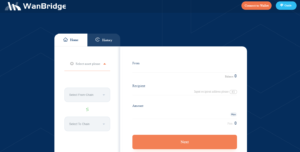 Also, as you can see, the platform interface is quite simple to use, even for a person just starting in the crypto sector. That’s very important for a platform that seeks to be massive. Did you know that Wanchain Bridge has achieved multi-chain transactions valued at USD 320 million?

Moreover, in October, Wanchain’s bridge has launched its “L2-L2 bridge” feature, being this development one of the first ones in the crypto sector. In other words, this means that Wanchain users will be able to make transactions directly between L2 solutions like Polygon and Arbitrum without being forced to pass through Wanchain.

How to Do Yield Farming Using Your XCAD Network Token

Ruma - September 2, 2021 0
In the previous part of this article series, we explained how you can stake your XCAD tokens in the AscendEX exchange and NFTrade platform...