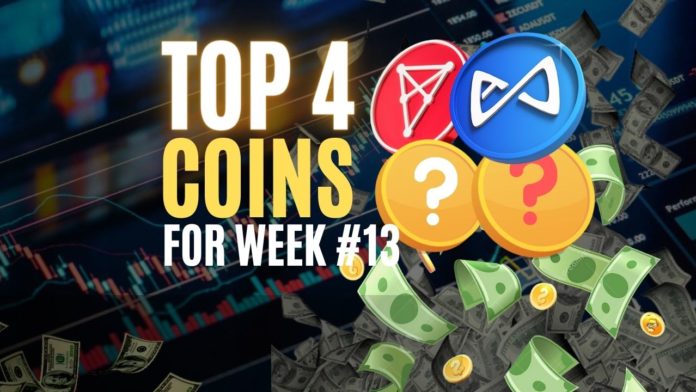 Crypto space is never devoid of excitement. Sentiment has changed quickly. We see green candles all over the place. Plenty of altcoins are pumping again but not Equally.

That’s why we went ahead and dug out 4 top altcoins that could potentially pump hard as they have some really exciting news coming up this week. Let’s find out our top picks this week, what is exciting update coming out this week, and the price analysis by our expert.

Chiliz token (CHZ) is the rocket fuel on socios.com. This is the place where you can buy all your favorite fan tokens. Fan tokens are a type of cryptocurrency that allow holders to vote on mostly minor decisions related to their clubs.

And just a couple of hours back news came out that football legend Lionel Messi has signed an agreement worth more than $20 million to promote digital fan token company Socios.com.

Also, Socios currently has a new web app in beta release. What started out with football fan tokens, has now evolved into fan tokens covering many areas in the sports and entertainment industries like Gaming and other sports.

Moreover, Chiliz and Socios are giving the fans a closer connection to their favorite teams and players. For instance, this includes:

But the big news about Chiliz is that they are about to launch their 2.0 testnet or Chiliz Chain 2.0 (CC2). Come Thursday, March 31st, this will be announced in Istanbul, Turkey by Alex Dreyfus. He’s the CEO of Chiliz & Socios. Truly a new area for the CHZ token.

Countdown to @chiliz 2.0 testnet. I will be in Istanbul Thursday for a surprise … $CHZ pic.twitter.com/wUs47Dksfl

He states that Chiliz is becoming a layer 1 protocol for the sports & entertainment industry. This will be a massive milestone for the Chiliz project. Moreover, in a perfect demonstration of how Chiliz works, the community can name the new CC2 in a contest.

The testnet launch of CC2 is a new framework for Web3 with sports & entertainment. What will be the next stop, mainnet 2.0?

Bearish Scenario: For a few weeks, CHZ has been in a downtrend channel on a higher time like daily, weekly, monthly so we are not out of the bearish territory completely and failure to hold the support at $0.21 could lead to a drop to $0.15, $0.08, and lower.

In case you missed our detailed technical analysis of Ethereum by Frank check this video.

Our 2nd pick is Axie Infinity (AXIE), the Sky Mavis project which became one of the most popular Play 2 Earn games.

During the start and height of Covid, it also became an alternative way of generating income for many people. Especially people that lost their jobs in countries with low-income opportunities, like the Philippines and Cuba.

There is still a strong following in the Philippines, with spin-offs from Axie, like various Guilds. They provide onboarding assistance to players who can’t afford to join. Like Yield Guild Games.

The influence that Axie Infinity had on putting P2E on the map is massive. Worldwide, players got introduced to the concept of P2E. As a result, many other games profited from this.

But, the big news is the introduction of Axie Infinity: Origin, the V3 of the game. This should include:

How close to Origin are we?

While we let that simmer and marinate, we have our final set of Origin cards— the eyes!https://t.co/ThNPnnObVk pic.twitter.com/Ff22nyBwS9

Especially the last feature should open up Axie to an even bigger market and audience.

Bullish Scenario: AXS might retrace back to support levels of $57.30. After retracements, if AXS manages to break above the resistance level at $71.50 then it would be bullish. Breaking above the $71.50 price level with significant buying volume will lead to a move towards $89.60 and 111.45.

Bearish Scenario: AXS has been in a downtrend for the last few months so we don’t have a strong bullish bias for the long-term yet. If the support level of $57.30 doesn’t hold then it will drop further towards $44.10, $29.07, and below sooner or later.

The third coin is Chainlink (LINK). The king of oracles. Despite lots of new competition in the oracle space, Chainlink managed to keep its first-mover advantage. With their off-chain data and services, they supply on-chain smart contracts with information straight out of the real world.

Their ecosystem is just enormous! They are without doubt the #1 oracle provider in the crypto & blockchain space. Since Chainlink launched in June 2017, the team has been working on getting their word and service out. This resulted in a current ecosystem of 1240 participants. Old mariners clearly remember when Chainlink added 1 new integration per week.

However, during last week, on March 28th, 2022, Chainlink announced they added no less than 18 integrations in just 1 week. This included 6 services distributed across 6 different chains.

Moreover, Chainlink also launched a new program. Their premier enablement program Startup. This “is an online global community that empowers founders with the resources they need to launch and scale their Web3 startups.”

Also, during the last two weeks, we saw the LINK price increase with no less than 26.8%.

Bullish Scenario:  LINK broke the bearish downtrend line on the lower time frame like 4hour(4H) and is trading above the support zone of $15.3. If it stays above this zone and the resistance level at $5 is broken then we could start seeing a move towards $17.40, $19.50, $22.70 and above.

Bearish Scenario: LINK has been in a downtrend channel for the last few weeks and we are not completely out of the woods to have a strong bullish bias. On higher time frames such as daily, weekly, and monthly, LINK is still in a downtrend. So failure to hold the support at $15.3 and breaking below $14 could lead to a drop towards $12.89, $8.96, and below.

Last, but not least, the 4th token is AOIZ. This layer 1 chain is interoperable with Ethereum and the Cosmos network. The network uses EVM and Wasm smart contracts. This gives instant finality, low transaction fees, multi-chain architecture, and a web3 Content Delivery Network.

This may not be a project that many people know. Still, one to keep an eye out on. By marketcap, they are listed as #409 on CoinGecko. Their network, cDCN, is a global web of nodes that connects and powers a new decentralized media economy. As a result, they want to offer:

The latest addition include:

Moreover, as an ecosystem for the media universe, they lower the cost of establishing trust. Also, it distributes bandwidth resources efficiently across geographies and sectors. In addition, they offer Web3 solutions for storage, File transfer, Audio, Metaverse, Video, and  Live streaming.

Also, their big news for this week is the launch of their Mainnet V2 on March 31, 2022. This will see improvements in smart contracts, multi-Codec adaptive Bitrate streaming, and the native AIOZ token wallet browser extension

In addition, something to look forward to and see if the AIOZ token will receive a positive impulse front his event.

Bearish Scenario: AIOZ has been in a downtrend channel for the last few weeks. However, if the $0.20 support level is not maintained, the price will fall to $0.16, $0.12, and even lower sooner or later.

Here we are, at the end of showing you the 4 top altcoins in week 5 for March 2022. We saw that some big projects Chiliz & LINK and 1 game, Axie Infinity, have some big news coming up. Furthermore, 1 lesser-known project, AIOZ Network, will see the release of their mainnet V2 this week. 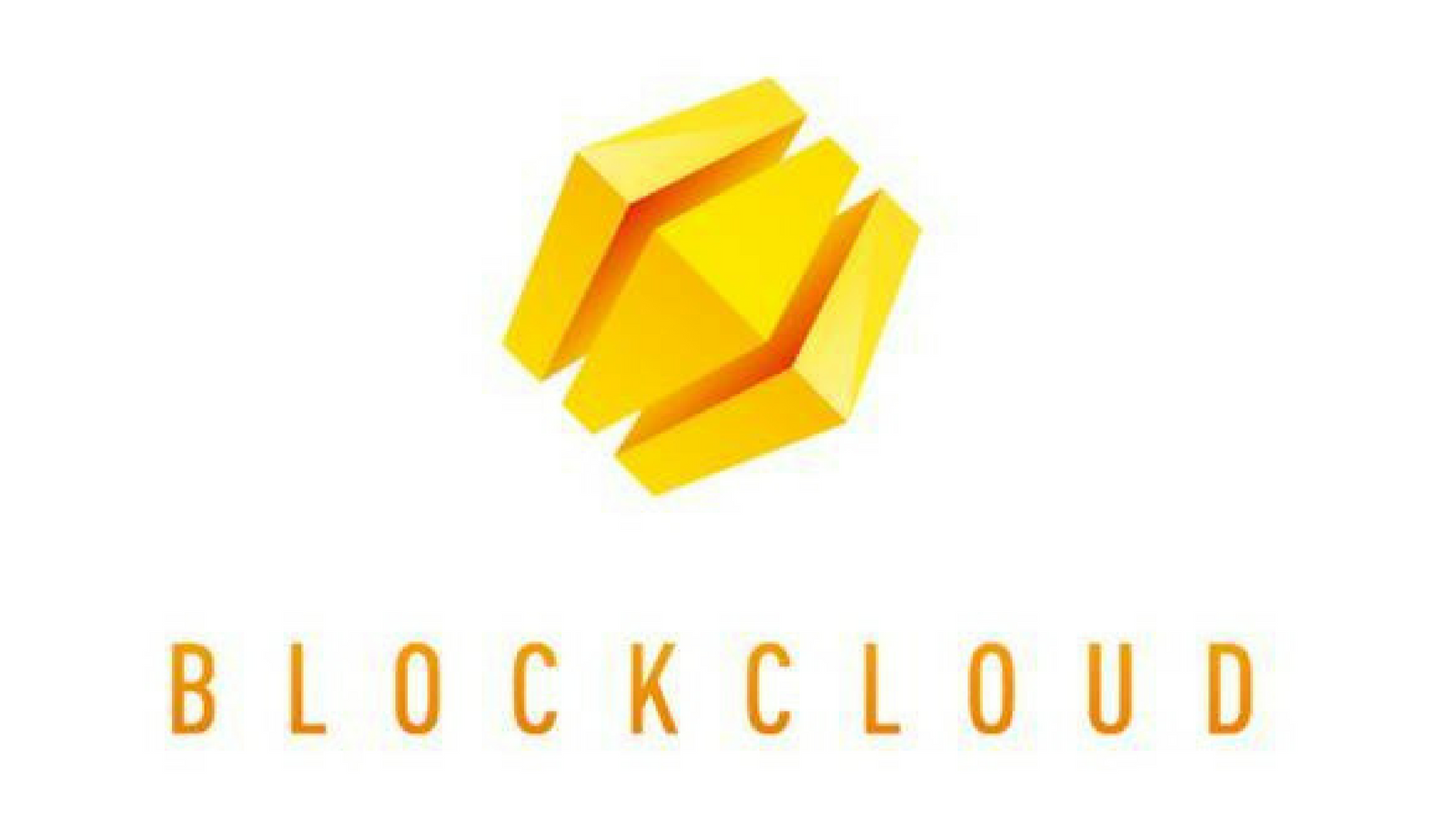 Project Review Team - July 30, 2018 2
Overview: BlockCloud is a blockchain-based advanced TCP/IP architecture which aims to solve the challenges associated with the IOT sector, such as frail connectivity for scalability,...

Full Steem Ahead with Splinterlands Week 13