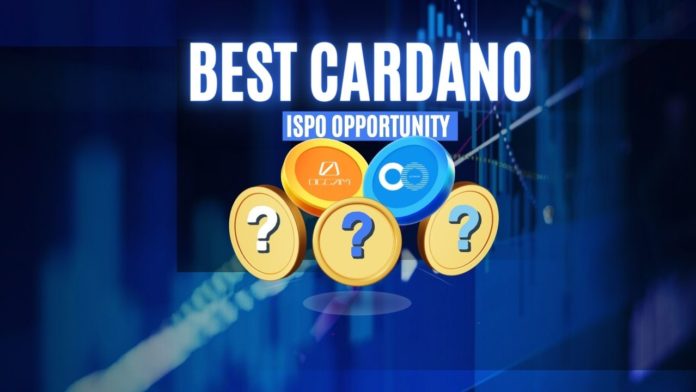 Cardano is making lots of moves. As we outlined in a recent video, they are taking advantage of a new funding technique for new projects on their protocol. The name is ISPO. Well, we will get into that because ADA has so many dedicated stakers on its platform.

Most importantly, if you are already HODLing ADA and you believe in the ecosystem, then it’s one of the best ways to help new projects grow. And it’s low risk for you too. Want to learn more? Then let’s take a look at Cardano ISPOs.

What is an ISPO?

ISPO stands for Initial Stake Pool Offering. We talked about it extensively in our previous video. It’s specifically designed to help new projects in the ADA ecosystem. How? Well an ISPO does the following:

You are trading away some of your staking reward for the project to use it for fundraising. And not just that, it’s non-custodial too. That means that the ADA that you put into the stake stays in your wallet and under your control. Only the rewards move to the project for their funding.

It’s a pretty smart strategy too if you already like Cardano. So now that we have a better idea of what it is, let’s look at 5 projects on Cardano taking advantage of it.

OccamX is a DEX on Cardano where you can swap or stake easily. Their native coin is OCX. Occam will run on a Cardano EVM on a sidechain for both speed and compatibility. The chain is Milkomeda C1. Their ISPO is different from most. How so?

This one has a 1-year timeframe. It started in September 2021 and goes through until September 2022. When the distribution period starts in early September, there will be a 12-month vesting schedule so no one can dump their coins into the market right away.

This seems to be working for OccamX though. They are already 53% staked towards their goal with over 8,500 different investors choosing to delegate some of their rewards to Occam. It’s 18.5 million ADA already. The delegators (investors) will receive 10 million OCX. Investors are already claiming 5.2 million of the 10. A total of 10% of the total supply is available in the ISPO.

OccamX’s pitch deck and white paper don’t mention a maximum supply of OCX, but they do mention a burn program of protocol revenue that cuts in half quarterly starting from:

👉We experienced a successful launch together with our partners @Milkomeda_com!
👉 Several thousand users have already interacted with the #DEX
👉Liquidity on the @occamDEX continues to increase🎇 pic.twitter.com/FdXsJs47nq

Right now, 20% of OCX goes to the founding team while 30% goes to the community for staking and 50% goes to ecosystem development. Also, Occam has another utility token OCC, which you can buy and stake now.

Empowa is Cardano’s first RealFi platform. That’s real estate using DeFi techniques to increase inclusion. They use sustainable building techniques to build greenhouses in Africa. It’s a cool project but it’s not a charity. They work the underserved mortgage markets there to create great deals for all and to get more Africans to own their own homes. 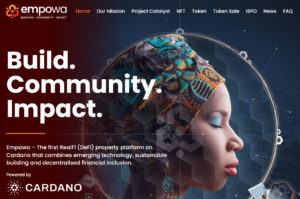 Their ISPO for their $EMP token is going on now. It started in October. The offer is 2% of the total supply or 4 million EMP out of 200 million total. Unlike most ISPOs we have seen, the end date on this one is when they have sold all 4 million tokens, whenever that is. 1 ADA = .0034 EMP per 5 day epoch.

Those who stake longer, more than 10 epochs, are eligible for bonus rates and more EMP. Another way to earn bonuses is to buy a Founding Community NFT. Also, one difference in this ISPO is that you are giving up all your ADA rewards for it, not just part of them.

EMP has more than 60% of its tokens available to the public, which includes this ISPO. It has a total supply of 200 million. Here’s the breakdown:

📢 $EMP tokens have been minted!

This marks a significant step on our journey of change – empowered by #decentralisation and a beautiful diverse community! Together we will achieve our goals! 🙌🏽

Flickto calls itself a community media incubator. Or decentralized media. Creators and voters can earn ADA and native $FLICK tokens for their creations and for voting for the best projects on the platform. 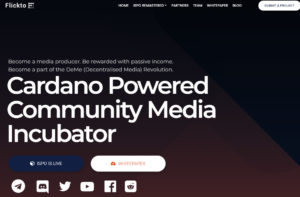 Then, those best projects get funding from the platform to grow their media business. Completely community-led. You’re eligible for NFT airdrops too. The ISPO is going on now. Also, like Empowa, all your staking rewards are going to Flickto. Here you get FLICK at a rate of 0.33 per ADA per epoch.

Moreover, they have a minimum investment of 100 ADA and they offer bonuses too if you hold on for 20 or more epochs. At least, 40% of FLICK’s supply is available as part of this ISPO. These higher bonus rates are available for a couple more weeks until mid-April, then the reward bonuses decrease.

Flickto tracks these things on a nice dashboard where you can see your reward progress.

60% of the total supply of 5 billion is available for public sale. 15% is for the Treasury, while another 15% and 10% are for Partners/Investors/the Team and Marketing & Operations, respectively.

The white paper says a full 52% of the 60% for the public is available in this ISPO. These last 2 groups have 10-month vesting schedules and the Marketing and Operations part has a 3-month lockup. Better than none, less than most protocols offer.

It's time for the final @Hoskintoons NFT giveaway.

This time please tag your favourite Cardano project (not us)😉.

In the comment below, let us know what you love about them and what they're doing for the ecosystem. #NFTGiveaway #NFT #CardanoADA pic.twitter.com/y13pv79kLZ

With such a high % of tokens available and a commitment to selling them all before closing the ISPO, you can expect the ISPO to last a while. Also, you can expect it to be the only place you can buy FLICK for a while, too.

Next, we have a yield optimizer, Genius Yield. Apps like this are in the business of searching for the best yields or finding other ways to bump up the yield without increasing the risk.

The ISPO started in mid-December and runs for 6 months until mid-June. Of the 100 million total supply, 10% or 10 million native token GENS are available. 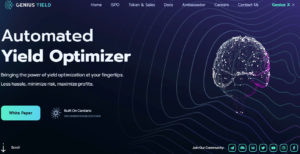 After the ISPO completes in June, the GENS tokens don’t airdrop until January and June of 2023. That’s a long wait. Also, one of the GENS-approved pools is a 50/50 split between GENS and ADA. But, the others are 100% of your ADA rewards going to fund GENS.

Only 32% between liquidity and rewards of the tokens available to the public outside of the ISPO’s 10%. This is one of the lowest numbers we’ve seen in this format. Moreover, given the length of the ISPO, it looks like that will be the only way to buy GENS for some time.

At Genius Yield we greatly value our community, and we are listening.

We will therefore add 5 million GENS to the ISPO using the previous conversion rate of 0.0025 GENS/ADA/EPOCH

Astarter is both a DEX and an IDO launchpad. Their goal is to be the full-service DeFi hub for Cardano. They are just concluding the Beta demo of their app now. They are doing something interesting. Astarter is consulting their (the Cardano) community about how to set up their ISPO. Because it’s not ready yet. 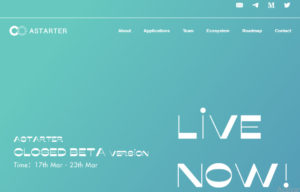 And Astarter is listening to comments in the thread about important parts of the ISPO like:

Moreover, Astarter is considering these and even more elements on how to set up their ISPO. We will be back with more details on it when they become available.

Also, Cardano is really smart to incorporate staking into fundraising in this way. Look at how much ADA is in staked pools there already. And these pools offer different opportunities like a fixed 6 month period or an unending ISPO. Or working with a DEX, Content Creation platform, or real estate finance. There are lots of options here.

In addition, join us on Telegram to receive free trading signals. 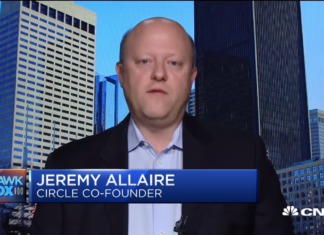