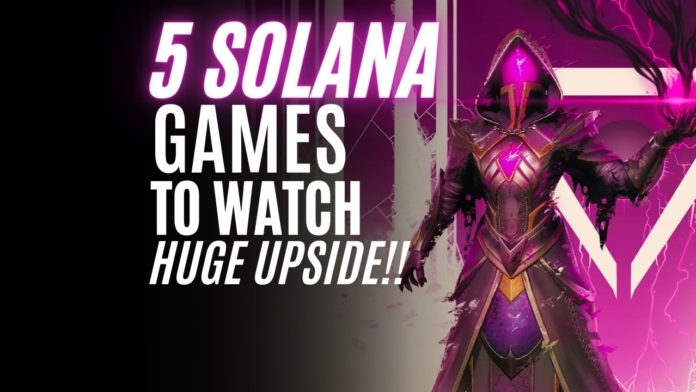 According to Cryptorank, the crypto gaming niche is among the Top 6 sectors with the highest average ICO/IEO/IDO? Therefore, crypto gaming has the second largest number of projects after DeFi.

But why Solana? The reason behind this is Web 3 gaming has been the main attraction for blockchain investors in recent months, with Solana being of particular interest for its low costs and high transaction speeds. In this article, you will be able to identify the next Solana Metaverse Games and on which blockchain.

First on our list is Cryowar, this is a real-time multiplayer PVP arena NFT game developed in Unreal Engine. The best players are constantly battling for resources, territories, and world domination.

Also, its native token, $CWAR, boosted its value by 169x after its IDO in Oct 2021 and caught a lot of investor and gamer attention. However, at present, $CWAR is trading very close to an all-time low of $1.07.

What caught our attention about CRYOWAR is the experience between traditional PVP gaming and best practices of the blockchain world, DAO voting, NFTs, and DeFi.

On the other hand, the roadmap, Q1-2021, is going to be on a rocket for $CWAR getting so many things done:

Hey there! Open Beta is planned for Q1 2022. Official #Cryowar Game launch will take place after successful completion of Open Beta in 2022.

Stay tuned because the team is really on it and exciting things are on the way!$CWAR #P2E #NFT

Moreover, the main event for 2022 will be the official game launch and 1st Cryowar live World Championship $100,000 guaranteed wins.

Finally, the game ha successfully launched in Solanium Launchpad, achieving the goal of getting a hard cap of 140,000 USDC with an ATH ROI of 224x. If you couldn’t get involved in this IDO launchpad, you can still buy the $CWAR token in KuCoin and Bybit.

SolChicks is creating the top fantasy NFT gaming environment built on Solana’s blockchain. The game revolves around the charming SolChick NFT trinkets, who serve as avatars for players in the unique gaming metaverse.

Also, the game had an IDO which its token, $CHICK, achieved a 13x ATH ROI. But with what is building, we believe this game has solid potential.

We like SolChicks because players will fight in PvP battles and PvE raids in a complete 3D real-time combat RPG, earning rewards and progressing their character. Also, the game is about adorable SolChick NFT collectibles, where players use their SolChicks as characters in a unique gaming metaverse.

Moreover, SolChicks has the following features:

On the other hand, these are the most critical accomplished milestones up to date:

Finally, On January 7th, $CHICKS will be listed on Gate.io. You can grab some there.

Project Seed is a GameFi Metaverse Ecosystem built by an AAA Game Studio that develops a mobile-focused blockchain gaming. The game intends to take the mobile gaming industry to a whole new level by utilizing blockchain technology and bringing Play-To-Earn.

Also, Its native token, $SHILL, had an IDO with a boost of its value at 752x in early November. We liked its interesting Action Role-Playing Game (ARPG) and its four main features.

Project Seed is incorporating NFT into its metaverse to benefit item holders with tamper-proof ownership, having two types:

🧩 𝗡𝗙𝗧 𝗠𝗮𝗿𝗸𝗲𝘁𝗽𝗹𝗮𝗰𝗲 in the World vs in Project SEED Metaverse

In #ProjectSEED metaverse ecosystem, an NFT marketplace brings users together on a platform to trade their favorite NFTs of our games, starting with Outland Odyssey

On the other hand, the most important milestone that Project SEED will achieve in Q1-2022 is its Open Alpha. Finally, you can buy $SHILL tokens on Kucoin, Gate.io, Bitmart, Raydium, and Bybit.

Aurory is a free-to-play desktop game that invites players to explore a vast and diverse environment. Users can travel across the worlds of Antik and Cryptos, two distinct places and biomes where you will encounter a diverse range of NPCs and Nefties.

In this captivating JRPG game, these mystical animals, which may be captured or exchanged, will accompany you through various exciting game types.

$AURY is a multi-utility ecosystem currency, which players may acquire by participating in both PvE and PvP game types, as well as through staking. On January 3rd, more than half of the $AURY circulating supply is staked, and approx. 1/4 in the locked pool.

Moreover, the token may be exchanged on a standard CEX/DEX and Aurory’s in-game marketplace. In the future, it will serve as Aurory’s governance token, enabling holders to vote on critical game development choices. You can buy $AURY in FTX, KuCoin, AEX, Bitget, and Huobi.

$AURY have the following use cases:

Moreover, Aurory has leading partners like The Solana Foundation, Animoca Brands, and GenBlock Capital. Nowadays, any $AURY holder can stake its tokens. To start, you need to buy $AURY tokens on any platform described in some lines above.

Some of our milestones:

Thanks for all the support! 🙏

Finally, you’ll need to have some SOL in your wallet to cover the fees. Then, you need to go to the staking platform and connect the wallet. While the flexible pool gives an APR of 33%, the locked pool delivers 70%.

Genopets is the world’s first Move-to-Earn NFT Game, which rewards you for exercising your mind and body. We are pretty excited to see how this works, as its private beta is going live on January 20th.

A Genopet is your NFT spirit animal that has been encoded with information about your personality and fitness. Wearable health devices can help you stay active.

Your Genopet, as your digital companion, remains with you in the form of an NFT for the rest of your life. Genopets is more than just a breeding game; it’s also an evolution game. You control your fate through in-game and real-world actions, collecting $KI tokens as you go. Your choices at these phases influence your pet’s appearance, talents, and moveset.

Genopet is powered by a dual token system, $GENE and $KI, which supports mu651lti-currency Solana assets. The game will be governed and backed by our native and fungible GENE tokens:

🎉It’s been a powerful year for #Genopets and we have YOU to thank for it. 💪

If you missed the town hall this morning, get the latest on the Private Beta Phase 1A release date and more! 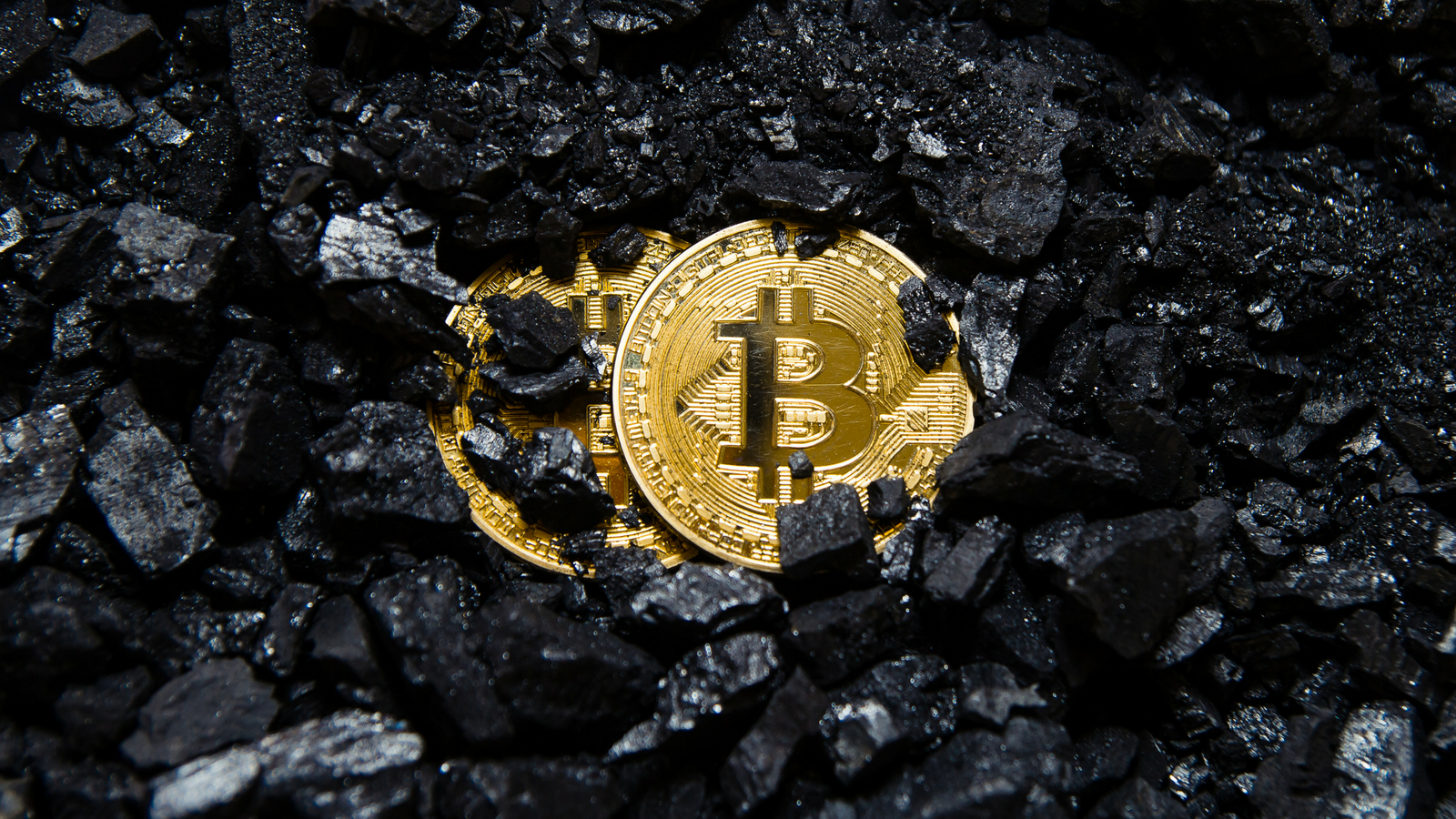 Chris Perrotta - July 20, 2018 21
Rockdale, Texas has been hit hard economically in the last year with the local coal-fired power plant and mine shutting down its business operations....