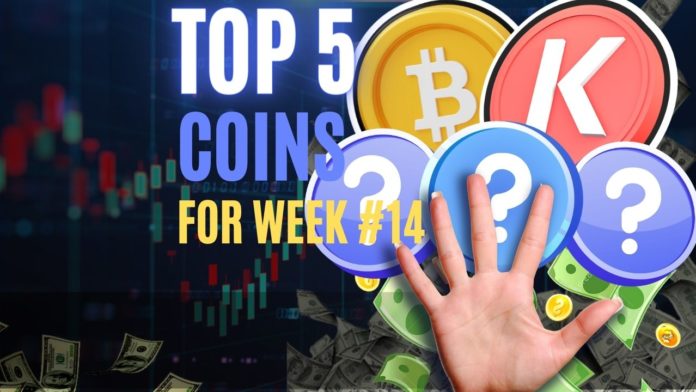 Altcoins are pumping and many booked double digits. Above 50% was not uncommon. Some coins even went into triple digits. Does this mean the Mother of all Altcoin season is here? Well, we are forced to believe this because some on-chain stats have been indicating that this week could be MASSIVE for Altcoins.

So here there are 5 altcoins that we strongly believe could EXPLODE this week. We have a special guest coin in there. It’s a coin we don’t see that often here at Altcoin Buzz.  But there’s always a good reason to make an exception, and this week is such an exception. Let’s dig in and see what gets us excited this week.

We immediately kick off with our mystery guest of this week. It’s the absolute OG of crypto. Bitcoin (BTC) is our special guest. And for good reasons. Last Friday saw the 19th million Bitcoin mined. It took from January 2009, 13 years ago, until now, to get this far. Block 730,002 had the honors.

As a result, the mining crew received 6.25 BTC. That is what each mined block issues in BTC currently. The next halving is due for 2024. But the mining of the last remaining 2 million coins will take until 2140. A big difference, timewise.

Then, since we have Bitcoin here for a rare visit, we may as well get the most out of it. So, in a similar vein, here is more positive BTC news. Well-known Dutch Twitter analyst Michael van der Poppe claims that BTC at $50K may be in the cards. December 27th, 2021 was the last time we saw this.

This option is on the table, as long as BTC can hold support above the $45K. And with this strong rumor of Apple announcing the purchase of $1.5 billion worth of Bitcoin, we might see $50K quicker than anticipated.

Strong rumors are circulating that Apple are set to announce a $1.5B Bitcoin purchase #BTC

But this is crypto and we cannot just go by rumors. Here are the support and resistance levels you should look out for.

Kava (KAVA) is our next pick. It launched in 2019 in the DeFi space. Kava offers lending and borrowing options. In contrast to many other altcoins, they are not built on Ethereum. They are built on Cosmos and both Kava and Cosmos have been unstoppable in the last couple of weeks.

Check out our detailed video as to why Cosmos(1.A) is set to explode in 2022. Coming back to Kava. Kava is a fast and interoperable L1 chain due to Cosmos. But, on top of that, they also have the developer power that Ethereum provides. So, they take the best of two chains and combine them into one chain. To clarify, they use a co-chain architecture.

A $750M on-chain developer incentive program that will onboard the most innovative #BUIDLers to the Kava Network.

According to their Roadmap, on April 5th, Kava is going to launch the ETH beta bridge and the ETH co-chain beta. That means Kava will have best of the both worlds. First, the ETH co-chain will give access to EVM smart contracts. Second, the Cosmos co-chain allows using the Tendermint consensus engine.

And with this beta bridge, Kava will start bridging to ETH. This can have a positive effect on already pumping KAVA. But, let’s have a look at the following price prediction analysis about KAVA:

Bullish Scenario: KAVA broke the bearish downtrend line on the higher time frame like daily(D) and is trading above the support zone of $4.01. If it stays above this zone and the resistance level at $5 is broken then we could start seeing a move towards $5.50, $6.25, and above.

Bearish Scenario: We are seeing early signs of strong bullish momentum but can’t ignore the bearish scenario completely. On higher time frames such as monthly(M), KAVA is still in a downtrend. So failure to hold the support at $4.01 and breaking below $3.30 could lead to a drop towards $2.60 and below.

Next on our list is Astar (ASTR). Older hands may still know them as Plasm. Developers built the platform with the Parity Substrate network which makes it scalable and interoperable after winning the Parachain auction slot in 2021.

Nowadays, Astar is rapidly expanding its ecosystem, where the recent growth has given Astar the largest TVL of all the Polkadot parachains. It helped it to become the eighth-ranked EVM-compatible chain by TVL.

Also, Astar is a multichain platform with smart contracts. It supports virtual machines on a variety of blockchains. Astar does this with Wasm & EVM. But, the Polkadot relay chain is not supporting smart contracts. As a result, Astar takes this opportunity with both hands to offer smart contracts. They will be clearing the way for Web 3.0 development.

Consequently, their smart contracts are supporting DeFi, NFTs, and DAO protocols. Furthermore, their smart contracts connect many L1 chains to Polkadot. Now, all this doesn’t explain the massive pump of the ASTRA token. Over the last 30 days, the token increased by 100%. There are, however, a few reasons for this pump:

The fundraiser stands out because institutional money joined. An increase in new users for Astar meant more TVL locked. But, what we consider the most exciting news is the 15 new projects that they add to their ecosystem:

These are just a few projects that Astra is adding in April. Now, let’s see what the price prediction analysis for ASTR:

Bullish Scenario: ASTR might retrace back to support levels of $0.18 since it has gained 200% in price since last month. After retracements, if ASTR manages to break above the resistance level at $0.27 then it would be bullish. Breaking above the $0.31 price level with significant buying volume will lead to a move towards $0.34 and above.

Bearish Scenario: ASTR has been in an uptrend since the last month so we don’t have a strong bearish bias for short-term/mid-term yet. However, If the support level of $0.16 doesn’t hold then it will drop further towards $0.14, $0.12, and below sooner or later.

Coin #4 this week is Solana (SOL). Another fave altcoin for us here at Altcoin Buzz. To recap, Solana is a fast, scalable, and low-cost L1. Besides hosting smart contracts, NFTs also became part of the SOL family. In addition, Solana also has plenty of dApps.

The share that SOL has in the NFT market increased fast. Part of the reason is cheap and fast mints. Their ecosystem is not anywhere as big as Ethereum. But, they keep growing, since 2017, when the project launched. JPMorgan even predicted that Solana might overtake Ethereum.

Since June 2021, 9.7 million NFTs have been minted using the Metaplex protocol.

It may be April Fools Day, but Q1 at @Metaplex was no joke, with @OpenSea + @Solana integrations coming, @MagicEden + @Metaplex Collections Standard, and $2.27 billion in #SolanaNFT sales.

Today SOL sits at $135, but, during the last 30 days, we saw a nice and steady 53.8% increase. That’s great to see, after these months full of corrections.

Moreover, there’s even better news. According to TA, SOL could hit $150 soon. Key to this is what we call the ‘Golden Cross’. To clarify, that’s when the short-term moving average (MA) crosses above the long-term MA. In general, the market sees this as a buy signal.

Solana had this golden cross once before, in August 2020. The result was a 650% jump, leading to the current ATH. In addition, we did our price prediction analysis and it looks pretty good:

Bullish Scenario: If SOL manages to break above the resistance level at $148.20 after a retest to the $129 support level then it would be a bullish sign. There will be a higher chance that we might test the next resistance level at $168 and $188. Breaking above the $188 price level with significant buying volume will lead to a good chance of crossing above $195.

Bearish Scenario: SOL has been in an uptrend channel for the last few weeks. However, if the $116.80 support level is not maintained, the price will fall to $104, $81, and even lower sooner or later.

The last coin we are going to cover this week is once more a fave of ours, Cardano (ADA). But, it also seemed to be the chain where nothing seemed to happen. Well, that changed and is about to change even more. We are seeing more and more applications and projects added to Cardano. They became a lot more active. Is the sleeping giant about to wake up? Here are some recent stats and activities:

Welcome @SnoopDogg and @champmedici to @Cardano 🎉

Cheers for a win-win🏅 https://t.co/UqiFsuKEsP

Also, Plutus saw no less than 489 smart contract scripts added in just 2 days. This is sending out a strong signal to DeFi platforms that there is a serious new option to consider. Their TVL surged by a whopping 39,000% since early 2022. March 24 saw an ATH of $326 million.

For June 2022, the team schedules a hard fork: Vasil. Transaction throughput should improve. Furthermore, volume and liquidity should increase.

Also,o their Pavia metaverse project is taking off. It’s named after Gerolamo Cardano’s birthplace. Currently, it has over 20,000 landholders. That’s where Snoop fits in. He’s well versed in the NFT world and an avid collector.

Here is our price prediction analysis of ADA:

Bullish Scenario: ADA is trading above the $1.05 support level. We might retest this level in the coming days and after the retest, if the $1.24 resistance level is broken, we could see a move towards $1.42, $1.58, and above.

Bearish Scenario: For a few weeks, ADA has been in an uptrend channel on a lower time like 4hour,(4H), daily, etc but we can’t ignore the bearish completely and so fail to hold the support at $0.92 could lead to a drop to $0.66 and lower.

So, this is it, the end of this week’s picks. We saw the mining of BTCs 19th million coins. Furthermore, we looked at some of our all-time favorites altcoins. Kava and Astar made it into this week’s show for good reasons. Solana and Cardano had good news to share and saw a steep price increase. 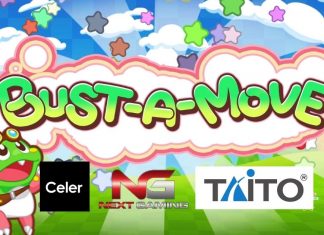 Ezekiel Ng - August 4, 2020 0
Taito Corporation, a wholly-owned subsidiary of Square Enix Holdings Co. Ltd, has treaded into the blockchain gaming sphere. Together with Next Gaming and Celer...

What Is Impermanent Loss?