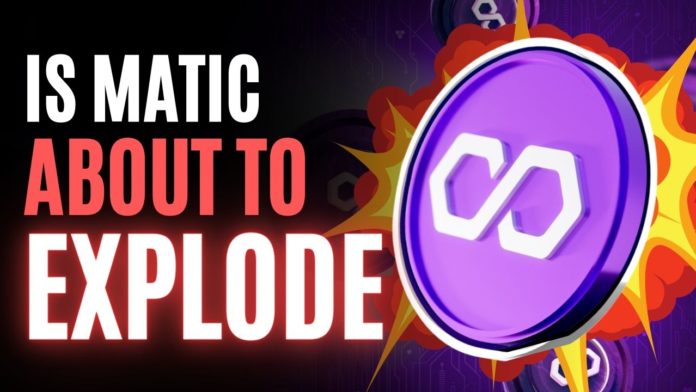 For a long time, Polygon has been if not the best but the top layer 2 scaling solution for Ethereum. 2021 proved to be an absolute breakthrough year for Polygon. Leading projects like Aave, Curve.Fi, Decentraland, Sandbox, OpenSea, and Uniswap chose Polygon as its layer-2 scaling solution.

But these achievements were immediately followed by some less talked about yet major operational problems. And these continue to exist. Therefore, despite all the challenges, Polygon remains unstoppable, and a lot of good things have been announced in the last 24 hours. But that’s not the whole story. A lot is going on with Polygon. It’s just like the classic Western movie title where we have ‘The Good, The Bad, and the Ugly.

Before we get into the good, the bad, and the ugly, let’s see where they are at present. Nowadays, Polygon is the 20th largest crypto project by marketcap and the largest in the Ethereum scaling/L2 category. Its current market cap is over $9.38 billion. Polygon is on a two-way mission:

Also, Polygon started as an Ethereum sidechain meaning that it’s compatible but only interacts with the ETH chain in parts.

The Bright Side of Polygon

Just like the movie title, let’s start with the good. Polygon has accomplished a lot and it generates lots of publicity for itself, most of which is good.

In simple words, Polygon Supernets are dedicated, scalable interconnected blockchains that aim to ignite mass adoption of Polygon and Web3. That’s because Polygon Supernet Chains gives developers the ability to build their projects in a customizable environment without hosting or operational costs. And to support Polygon’s developers have already announced a $100 million support fund.

Polygon Supernets are dedicated, scalable blockchains that aim to ignite mass adoption of Polygon and Web3.

To support this ambitious product and goal, we are announcing a $100M support fund. 💜 pic.twitter.com/UoaHlWzbeT

As rightly put across by Crypto Texan, Polygon already has or is developing versions of scaling solutions like:

In fact, with the introduction of Supernet chains, Polygon is no longer just a layer -2 solution but has become an Ethereum scaling toolkit. That’s a big move towards web-3. Talking about the good:

On the other hand, Stripe is working with Polygon for its latest push into crypto! Platforms and marketplaces powered by Stripe can now instantly pay their sellers, freelancers, content creators, and service providers on Polygon using USDC.  Interestingly, Twitter will be the first platform to use this feature.

Stripe is working with #Polygon for its latest push into crypto! Platforms and marketplaces powered by @Stripe can now instantly pay their sellers, freelancers, content creators, and service providers #onPolygon using USDC 👇 [1/3] pic.twitter.com/SJsiAUASZ4

You may have seen this story some time back that the city of Lugano made Bitcoin and crypto legal tender there. This means the city is accepting:

As a legal currency including the ability to pay bills for public services and taxes. So that’s pretty cool, but where does Polygon fit in? To keep transaction fees low, Polygon will be the infrastructure partner for stablecoins. Tether’s ERC-20 version, which is still the most popular by just a hair over the Tron TRC-20 version, will run on Polygon’s rails for all city services.

💜#Polygon is joining the effort as an infrastructure partner, offering the rails on which the stablecoins will run.

This is a terrific deal for Polygon and for the city of Lugano. Everyone will get crypto payment access at a low cost.

When things change in a project, you can sometimes tell if these are temporary setbacks or permanent problems. You can tell based on how professional investors act about the project. Namely, is the money drying up or is there still interest.

Therefore, with Polygon, there are still TONS of interest. Just a month ago in early February, Polygon raised a huge $450 million from some of Asia’s biggest VC and crypto investors like Sequoia Capital India and Softbank. A few of crypto’s other usual suspects like:

Polygon Joins Arms Race To Become ‘The AWS Of Web 3’ With $450 Million In Fresh Funding https://t.co/2daJDuE337

Also, Pro investors make mistakes and big ones sometimes. But they do not invest more money just a month ago in a project they think is failing. And that’s because not only do they not think Polygon is failing, they think it’s succeeding.

In a related story, whales are accumulating MATIC too. Around the same time as this investment announcement, DailyHODL reported that ETH whales are buying more MATIC and Loopring. Both are Layer 2 solutions to the ETH they hold so much of in their portfolios. Again, a sign of confidence from insiders and people who know and understand ETH’s problems.

5) Polygon is Partnering with Public Companies

Public companies, especially in the US, have a lot to answer for when they do something. They have to answer to customers, shareholders, and often regulatory agencies like the SEC, IRS, FTC, and others.

So, they don’t partner with just anyone because the hassle of it going badly or becoming a regulatory issue is just too great. For example, sports betting company and NASDAQ listed, Draft Kings, just announced they are partnering with Polygon. Draft Kings is going to operate a network validator for Polygon’s PoS network.

A vital #Web3 adoption milestone for the whole blockchain industry – @DraftKings joins the #Polygon ecosystem as a validator & node operator. It’s the first time a @Nasdaq listed company is taking such an active role in a major network.#poweredbyPolygonhttps://t.co/HtQXliNo15

Moreover, this is the first for a public company to become a blockchain validator. Also, as investors, we can interpret this as:

Therefore, there’s no way to interpret this as anything other than good news that a US public company sees value in the MATIC network.

The Dark Side of Polygon

Now we get to the ugly. And there’s been some.

Polygon has a huge ecosystem. And part of their scalability goals is to maintain that, grow it, and become a viable alternative to ETH not just for transaction fees but for services too.

This complaint on deploying an app is from just 2 weeks ago. The general network instability is not just for app developers but for regular users too, as this Redditor describes from also around 2 weeks ago. That’s pretty ugly if you can’t deploy a new app or send funds across the network.

There are questions all over Polygon’s network. Just this week on Wednesday, the network went down for 11 hours. A previous upgrade led to a malfunction in the block producer.

Now is it good that Polygon caught this and fixed it? Absolutely it is. But we can’t just look at this incident alone. It’s one of many.

Like this one. At this point in late February, are you noticing that many of these issues are within the last couple of months? We are and find it disturbing. So anyway, in late February there was only 1 RPC node operating on the entire network. That means only 1 place for users to make calls and queries into the network like to check a transaction in the block explorer. NOT GOOD. All the other ones were down.

Therefore, is this RPC problem part of a potential block reorg that happened? Again, we don’t know anything. As this Redditor was saying, he can’t even view his wallet balance. And when you read the comments, the more telling point is less about the lack of functionality than that the Polygon team is silent again. Just like with the hard fork in the bad section.

Yeah, this is just as ugly as it sounds. This dApp builder had issues deploying his app and:

And he’s not the only one. Bridges are becoming an issue too. Like deposits from bridging between ETH and MATIC, which is one of the most popular moves for users to make to save on gas fees. Or crazy delays on their POS bridge. Like we said. UGLY. When moving between networks to save fees is one of your reasons for existing and your users can’t do it. That’s a big problem.

Moreover, anyone or even two of these problems you can explain away as being the byproduct of when something has to have 100% uptime but things happen. However, there are so many and they are so poorly managed. With no communication or even acknowledgment that something is happening by the MATIC team, it creates real cause for concern.

On the whole, despite hearing these bad and ugly items, we think Polygon is a very good project going through a mix of the best and the tough times. Aggressive investors may want to follow the whales and buy HODL during the bad news periods.

Moreover, if you think they can work these issues out then it’s worth HODLing or adding to your position. That said, these issues are for real and we don’t see any sign of them going away. At least not yet.

Also, Get $125 for SIGNING UP with MEXC Exchange (FREE $25 in your MEXC wallet + 1-month ACCESS PRO membership (worth $99). MEXC supports U.S Traders in all trading pairs and services. 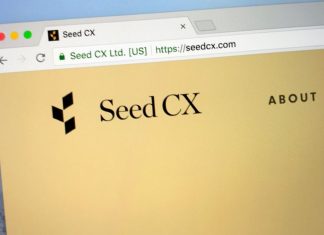