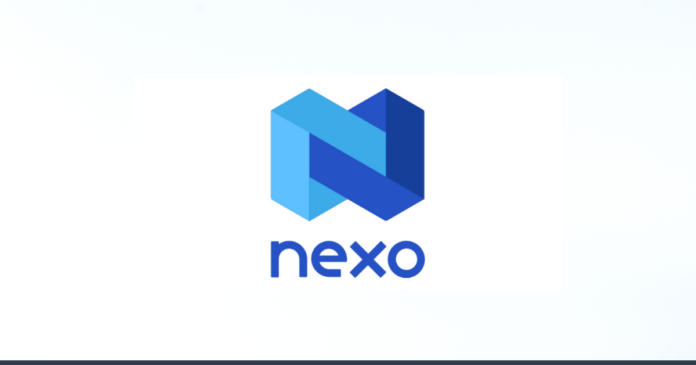 Nexo is a pioneer of crypto lending platforms. Since 2018 it turned into a full flung crypto finance ecosystem. You can buy, sell, trade, and borrow. Their latest addition is the Nexo Card. You pay straight up with crypto.

However, there may be some dark clouds on the horizon. There seem to be lots of pro and con camps over Nexo. Let’s find out what is or may be going on at Nexo.

Of all the CeFi lenders covered, Nexo is the champ in half truths and illusionary otter tactics

Read on as otter uncovers the tricks!

Nexo is a centralized platform. Therefore, by definition, it is not a DeFi platform. In their ecosystem, they service some four million clients per day. They offer a variety of services, for example;

However, the Crypto Twitter handle otteroooo thinks that Nexo is fishy. He or she is a crypto investigator. In this thread on Nexo, there are many assumptions. However, there are also a few pointers that look legit or make sense. So, let’s dive in and see what he has to say about Nexo.

Here otteroooo comes up with some good points. Although Nexo claims to have had audits, they are only attestations. There is a big difference between them.

Here is the difference between the two.

To sum up, an attestation is only a verification that a firm followed proper processes. A financial audit level of auditing and investigation is a different ball game. For example, S&P companies audit yearly. They don’t do attestations.

Their advertisements are seemingly misleading. The picture below is a great sample. They claim, “real-time auditing”. However, in the small print it says attestation. Otteroooo calls this “A sneaky bait & switch, a half-truth!”. 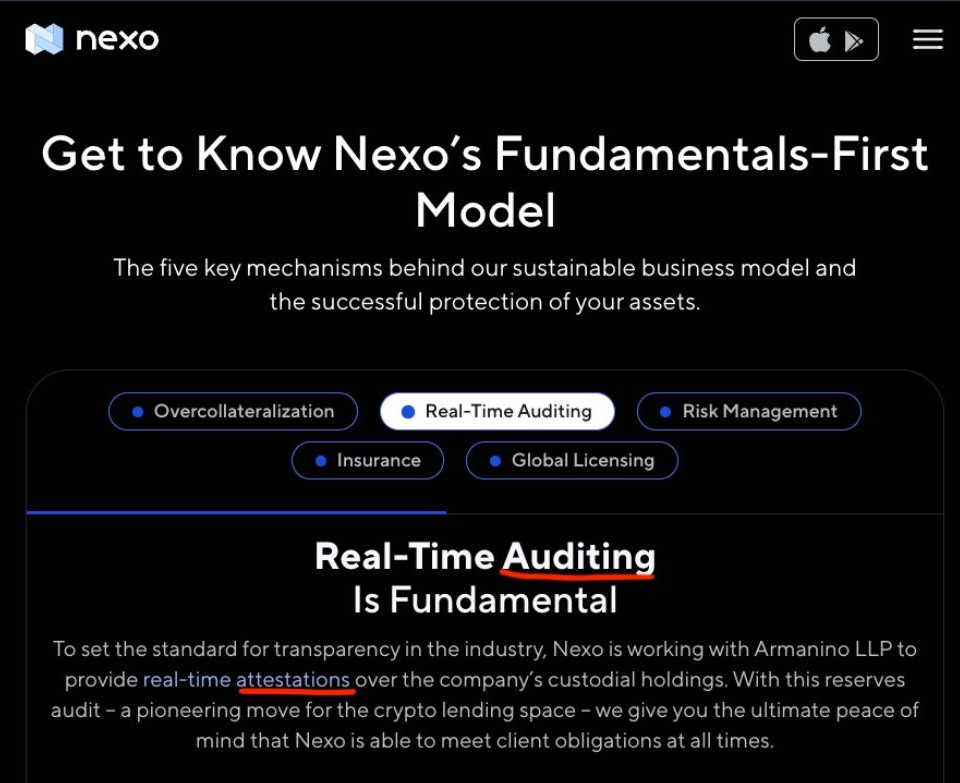 ArmaninoLLP completes the attestations of Nexo. According to otteroooo, this is how it works. He got this from the Armanino website.

However, we looked closer at the Armanino website. Their site doesn’t list attestation procedures. It does show information on audits, though.

But Otter found this result of ‘the agreed upon procedures’. No mention of an audit.

With attestations, there is a problem. The investigating party has no proof that the information provided to them is true.

So, in this case, Otter remarks; “Are these assets liquid? Are they caught up in sanctioned Russian gov bonds, or in black hole GBTC, or in staked ETH?“

In case depositors on Nexo want all their cash back in one day, how liquid is Nexo? How fast can they get out of their positions? So, the question of how liquid Nexo is, is an important one.

Unfortunately, Otter doesn’t have any proof, and it’s all ‘what if’. On the other hand, that’s the nature of this game since there are no audits. This should be at least a small red flag. Does it remind anybody of Celsius?

However, Nexo made it now impossible to look back at their historic website.

HUGE red flag for NEXO. They don't allow you to archive or access an archived version of their website on https://t.co/E4M8tahsW2 or https://t.co/c9kUc9HtEq
Probable reason is that they want to hide something! pic.twitter.com/UzAjUvCi6D

Nexo has all the signs of a Swiss letterbox company in Zug, Switzerland. Nexo doesn’t have its own office. Instead, they use a ‘c/o’ or ‘care of’ address.

There are three directors. Two Bulgarian men and a Swiss national. As required by law. It is likely that Mr. Leuenberger is a straw man.

On April 5, 2018, Nexo waived a limited audit. In Switzerland, that’s only possible if less than 10 persons work for the company. A company of Nexo’s size must clearly have more than 10 people employed. This leads to Otter’s assumption that they are not based in Switzerland or break Swiss law.

However, claiming to be a Swiss-based company will raise trust in their product/firm

Celsius paused withdrawals to stop liquidity outflow. It was also reported that they have hired debt restructuring firms. This put quite some pressure on all other CeFi lenders. But why? Here’s Otter’s answer;
“CeFi lender business models operate mostly on trust. Add to this blind, unquestioning faith from users. Because they are greedy for the high yields.”

However, if Celsius falls, that shatters the image of trust. Nexo, and CeFi users in general, want to bail out. Their risk becomes too high. Now we can look back at Otter’s question about Nexo’s liquidity.

.@CelsiusNetwork is pausing all withdrawals, Swap, and transfers between accounts. Acting in the interest of our community is our top priority. Our operations continue and we will continue to share information with the community. More here: https://t.co/CvjORUICs2

For whatever it’s worth, we also found this announcement on a P2P review platform.

Otter makes some good points about Nexo when we look at the audits vs attestations. So far, that seems to be the strongest point. The Swiss letter box company is valid. However, it’s not unusual to do. On the other hand, you expect more transparency from a company like Nexo.

The last point about the Celsius situation makes sense. However, Otter also has a lot of ‘what if’ scenarios. How likely is it that there may be a fire where there is smoke? Looking at the current market, it may be wise to proceed with prudence when you have funds on Nexo. 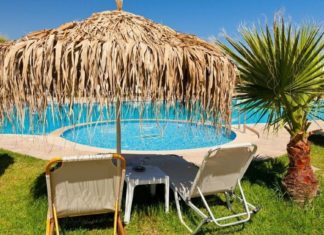