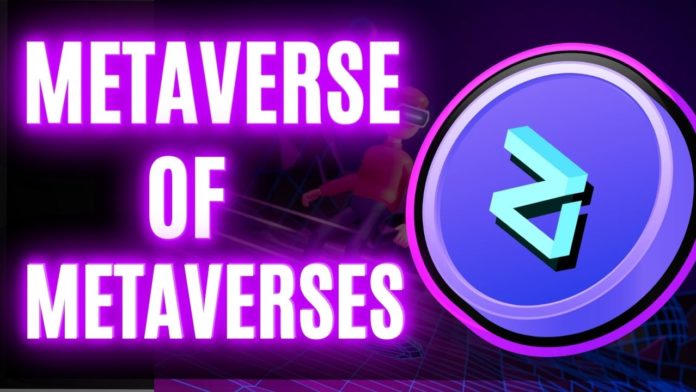 Until this last month’s poor performance, 2022 was an awesome start for Zilliqa. They were bucking the overall downtrend and went up more than 4x up to a recent high of 21 cents before being dragged down by these market conditions we are facing.

And yet there are at least 2 interesting facts that most people don’t know about Zilliqa:

This is no dinky project that we don’t know if it’s going to be here in a year or not. They just joined the Blockchain Game Alliance. Therefore, in this article, you will discover more about all the fuss is about and if this growth on Zilliqa is sustainable or not.

Zilliqa started way back in 2017 making it one of the older blockchain projects. It’s also one of the oldest alt Layer 1 chains. They were the first blockchain to use sharding, which Ethereum keeps saying will be a key to scaling ETH 2.0. Sharding is where blockchain data is spread over many nodes (computers) so that the system itself runs faster and can scale more.

This is unlike chains where a node must download the entire chain. Or also unlike partitioning where you often keep related data points together on the same computers (within the same partition). Vitalik keeps saying it’s the future. And with Zilliqa, that future is now.

Zilliqa has surpassed 2 million blocks!!! It's a testament to the vibrance of our bustling ecosystem — made possible because of #Zilliqans everywhere!

So Zilliqa is already a fast, high throughput blockchain thanks to sharding. But what else Well it’s one of the best places to build an app. They use Scilla as their programming language for smart contracts instead of Solidity like Ethereum uses. Scilla has been tested and peer-reviewed is a high-security language for building those contracts.

And their SDK (software development kit) is one of the easiest in the industry to follow. You can build your dApp like the excellent social analytics platform Lunar Crush did on Zilliqa. Also, they have Metapolis but more on that in a second.

On the other hand, Zilliqa’s team is full of credentialed computer scientists from Stanford and Ecole Polytechnic in France. Most of the research team comes from the National University in Singapore. Also, the team has doxxed themselves and they even have a Head of Metaverse. And you’ll see why that’s important when we get into Metapolis.

Their ecosystem is ~200 projects right now and very healthy. As we said, our friends at Lunar Crush are one. They have their multi-sig wallet. They also have:

Also, staking with Zilliqa’s ZIL token is big. 31% of all ZIL, or $758 million are staking right now. Moreover, they have 2400 nodes, which is way more than most PoS chains have validators. Plus they are doing $77 million in transactions daily. To be clear, while they have staking, they are a Proof of Work chain. Overall, it’s a pretty healthy ecosystem.

On the other hand, ZIL is the utility token to pay for network fees and governance, and staking. ZIL has a total supply of 21 billion.  The circulating supply is 14.27 billion. This means at its current price of 7 cents, its market value is $1 billion. The remaining ~7 billion will go into circulation within the next 5 years. The emission rate of new tokens grows about 2% per year.

Make no mistake. Metapolis is the thing. It’s an extended reality (XR) metaverse with lots of powerful capabilities. These include some platform-as-a-service options to help others build out the platform they want.

#Metapolis opens borders for industries, creating new avenues for business. We are not looking to replace the physical, we are adding a new layer of engagement on top of what already exists.
#MaaS #TheNextInternet #Web3 #MaaS #Zilliqa pic.twitter.com/aluo5sBXrt

Its release in late December was the beginning of something big, but it didn’t take off right away. The huge launch scheduled for the Bitcoin Miami conference is adding to the hype.

Also, its roadmap includes implementing interoperability standards within the next month as well as adding a multi-chain wallet before the end of the year. Moreover, FX Street says technical trading reasons are looking at the charts why Zilliqa is so attractive right now.

In addition, the Global Talent Awards app, Agora, is bringing its creator and community-based voting on which projects are the best to the Metapolis metaverse. This partnership helped lead to a spike in the price too.

In other words, the whole idea is that Zilliqa wants to host anything and everything in Metapolis including:

Also, Metapolis is bringing in e-sports partnerships into the Metaverse too. In the same way, Chiliz and Socios are bringing real sports partnerships with EPL and La Liga teams into crypto. The plan includes P2E games, multi-chain offerings, and operability, MetaFi options, among other options.

Zilliqa has been busy and seeing some of their roadmaps come to fruition is why their price is reacting the way it is.

1/ The Roadmap that you’ve been waiting for
You’ve seen the Metapolis roadmap, now here’s the Zilliqa City roadmap!

Featuring 3 different phases where we deliver more utility and usability for our own city in #Metapolis pic.twitter.com/AEXAm2eduv

The Metapolis roadmap includes building out Zilliqa City, the capital of the metaverse. These plans include:

All these things are in ZIL’s Q1 and Q2 plans. Also, as part of the roadmap, Zilliqa President Amrit Kumar will be leaving. There’s a multi-month transition going on to keep things running smoothly as they announced on their blog. The community knew of this move in late February so this should not have an impact on the price run we currently see. It’s been priced in already.

Also, in Q1, ZIL is hoping to complete its EVM integration as Scilla is not compatible and runs in a different language. The team is working on improving Scilla’s runtime too to keep operations fast. Moreover, the team is adding new hires and has a huge creator event in place in Miami to correspond with the Bitcoin Conference.

Finally, Zilliqa has a lot on its plate and they are working to make good on it all as they did in their previous timeline of events.

Zilliqa is a PoW blockchain. Does that mean it competes with other PoW chains like Bitcoin, Ethereum, Litecoin, or Monero? We don’t think so. Of these, only ETH is going deep into the development dApps and SDK for others to use with its EVM compatibility.

Moreover, Zilliqa uses sharding, as we’ve mentioned. Does that mean it competes with other sharding chains like Near or DOT? Well, Polkadot uses partitioning instead of sharding but they are related. And what about ETH who is testing sharding and says it’s their future?

So ETH is a competitor at least in some of its dApp areas. And in the metaverse, with Decentraland and Sandbox. In the case of these 3 competitors, the bad is that all 3 are way out in front of Zilliqa and are in or can easily reach a dominant position in their sector.

But these sectors have room for a few winners, not just one or two even as the sector’s scale. So, is it a concern for Zilliqa? Yes. Is it going to kill their business or prevent them from winning too? No. It won’t.

And that’s our look at Zilliqa. Yes, Metapolis is dominating the headlines and the price activity. And as a Metaverse-As-A-Service, it could be huge. But that’s not all Zilliqa has going for it.

They have a fast, scalable, inexpensive Proof of Work blockchain. Also, they have a peer-reviewed smart contract platform many believe is better and safer than Ethereum’s. They support token development like Lunar Crush. Finally, They are working hard to make blockchain accessible for everyone. 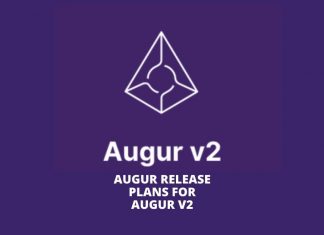