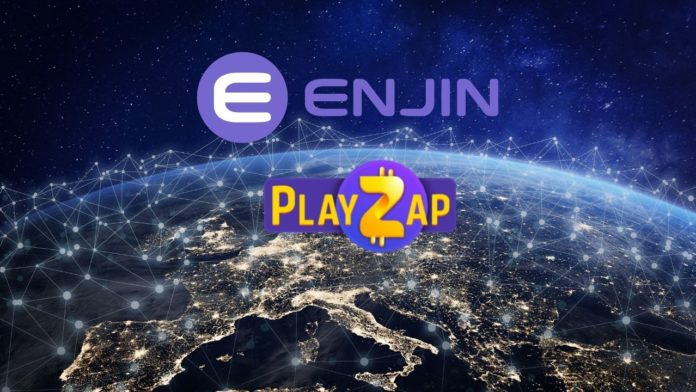 Enjin provides a suite of integrated services that creates a thrilling NFT experience for its users. As a result, their use cases spread to various parts of the blockchain community. However, blockchain-based gaming appears to have found a unique use for NFTs.

Enjin is fast becoming a hub for gaming projects and one of the world’s biggest game/app NFT networks. There is no doubt that Enjin offers one of the best NFT developments in the industry. As a result, gaming projects flock to its network by the thousands. According to reports, Enjin boasts over 250,000 gaming communities and 18.7 million registered gamers.

PlayZap is a competitive Play-to-Earn platform. It allows players to play their favorite games while accumulating, selling, or exchanging a range of NFTs. Gamers also generate income by having an active presence on the network.

Furthermore, PlayZap became the latest gaming platform to strike a partnership with Enjin. It aims to use Enjin’s features for NFT scaling and efficiency. Following the partnership, PlayZap will use Enjin’s newly launched Efinity parachain for the PlayZap metaverse, which is a platform in which users engage in skill-based games to earn rewards such as the $playzap token and NFTS.

Many blockchain experts believed that the launch of Efinity would grow Enjin and its ecosystem quickly. Since the launch, Enjin has witnessed a new wave of gaming projects seeking a partnership. Efinity, which is more akin to the Internet of NFTs, is designed specifically for NFTs and cross-chain applications. Furthermore, Enjin’s NFT product bundle and Efinity’s scalable, eco-friendly, and adaptable NFT system will enhance the whole PlayZap network.

More Details On the Partnership

The PlayZap cross-platform application will first be available on Polygon in Q3 2022. It will be accompanied by multi-chain interoperability with Efinity and other networks. In addition, by implementing Efinity, PlayZap advances its objective of providing a top gaming experience to the market. It also aims to develop a product that can grow in the general gaming industry.

PlayZap will leverage Efinity’s parachain and Polkadot’s interoperability by growing the market to scale. It hopes to play a leading role in the growing Gamefi community as well the blockchain gaming world.

Reacting to the partnership, the founder and CEO of PlayZap, Abhishek Buchvani, said, “Our vision is to bring skill-based competitive gaming to mainstream players by offering a secure environment, digital ownership, and a fun gaming experience.” He added, “We are thrilled to join the Enjin ecosystem and use Efinity to develop a scalable NFT marketplace and offer a secure, seamless NFT experience to our players.”

Enjin is a dominant NFT ecosystem. It provides a holistic suite of solutions that aims to merge NFTs into virtual worlds. Enjin’s technology has found widespread use in the gaming world. It is a scalable, low-cost platform. Furthermore, Enjin’s use cases apply to workplace initiatives and blockchain games. It also supports apps and unique marketing efforts. Efinity is a Polkadot parachain taking advantage of its speed, security, and interoperability.

PlayZap is a fully gamified Defi NFT ecosystem. It aims to narrow the gap between blockchain gaming and the traditional market by linking users with their faves. PlayZap provides a full suite of products. It offers a wallet and a marketplace. PlayZap’s services all contribute directly to the improvement of the gaming community. 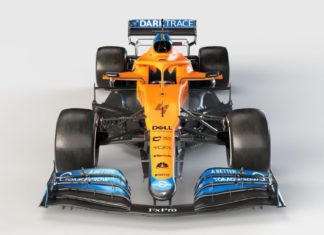 Daniel Abel - October 21, 2021 0
Formula 1 giant McLaren Racing has become the latest organization to join the non-fungible token (NFT) space as it announced the launch of the...

Kujira Will Launch a Stablecoin