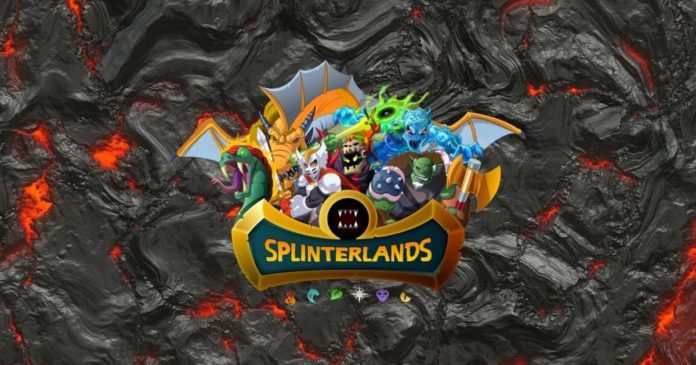 The NFT and blockchain gaming space are making waves globally, with Splinterlands being one of the major players facilitating this adoption.

In line with this, the Splinterlands play-to-earn gaming platform recently reached a 100,000 user accounts milestone. This amazing news is a pointer to the increasing interest in blockchain gaming, as well as Splinterlands’ role in this growth and adoption.

Splinterlands is popularly known as a non-fungible token (NFT) card trading and gaming platform. Interestingly, it is also known for its higher retention and better reward system as compared to conventional gaming ecosystems. According to a press release shared with Altcoin Buzz, Splinterlands simply assigns real value to gaming assets and items on its platform. The addition of value to gaming items, furthermore, increases the retention quotient of these items. One major example of this is the platform’s Summoner’s Spellbook upgrade. The upgrade makes it possible for players to own cards till infinity while also earning rewards while playing. Due to the inherent value of this upgrade, over 25% of Splinterlands players purchased the Summoner’s Spellbook upgrade.

Apart from an inherent value in gaming items, there are still several major differences between Splinterlands and conventional gaming. For one, players in conventional games do not necessarily need to track their progress. However, in Splinterlands, players receive enough motivation to keep track of their progress and available cards. This is also because of the possibility of the value of a card increasing.

Another way to earn is to rent out cards to interested users. This way, cardholders do not need to play in the game yet they have the opportunity to earn rewards.

Speaking on the 100,000 users announcement, Dr. Jesse “Aggroed” Reich, CEO and co-founder of Splinterlands, pointed out that this milestone is a huge win for the entire Splinterlands ecosystem. He added that the entire team is “overwhelmed by positive feedback and the community is growing every day.”

He also said, “By supporting us and playing our game, they’re empowering themselves, which in turn lets us keep providing them value and rewards in every way we can. It’s pretty sweet.”

The blockchain-based card gaming platform first went live in 2018 as a way to bring together blockchain card gaming communities. Since then, it has grown tremendously, awarding millions of dollars to players on its platform. Splinterlands is also built on the Hive blockchain and is focused on facilitating interactions between blockchain-based gamers.

According to Reich, the game will always put community first. Adding that, members of the community are Splinterlands “most important assets.”

The gaming platform currently accepts over 20 different digital assets and also PayPal. This means that even people with very little or no experience of the crypto space can enjoy the blockchain card gaming platform. Also, plans are in place to launch the Splintershards (SPS) governance token.

While celebrating 100,000 registered user accounts is a major milestone achievement for Splinterlands, we expect even more amazing updates in the near future.

Nimbus (NBU) – The Next Big Thing in DeFi is Coming...

Deepika Garg - February 25, 2021 0
Nimbus is an established fintech company with an ambitious vision to open some of the most rewarding financial services to everyone. To support the...