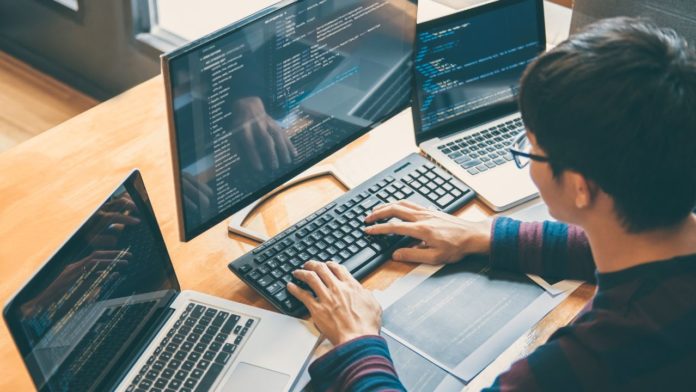 You can measure blockchain growth in different ways. Popular metrics are the number of users, TVL, or the number of transactions. And indeed, you can get a lot of information from these stats. However, developer activity is another factor to look for.

A blockchain that lacks developers, will simply not grow. As a result, developer activity is one of the most important factors for blockchain growth. So, let’s have a closer look at this.

Why Are Developers Important for a Blockchain?

The number of active developers can tell you something about the growth potential of a blockchain. However, you need to find a balance between demand and supply.

So, you can look at TVL as the demand. It tells you how many people invest in a blockchain and for how much. On the other hand, developers are the supply. They are the brains behind dApps.

As a result, a blockchain needs active developers. The more, the better, since they likely deliver better overall results. We will use the Electric Capital developer report over 2021 a few times. This shows amazing growth in this field. In December 2021, we saw an ATH with 18,416 monthly blockchain developers. It also shows the biggest growth of developers ever, during 2021.

What Skills Do You Need as a Blockchain Developer?

But hold your horses, this is not all. You also must know some programming languages. For example, the most common ones are C++, Java, and Python. Furthermore, Solidity is also another very popular nowadays.

What Are the 5 Biggest Ecosystems for Blockchain Developers?

The 5 biggest ecosystems are well-known names. In 2021, their running order in size was as follows: Ethereum, Polkadot, Cosmos, Solana, and Bitcoin. Special mentions go to Cardano, Polygon, and Near. Here is a chart to have a better idea:

The above picture shows that Ethereum has the highest number of developers. It’s 2.8x larger than the next. In 2021, they had an average of 4,011 monthly active developers. That’s a 42% increase compared to January 2021. Of this, a 51% increase or 705 were part-time developers per month. Also, full-time contributors increased by 24%, or 258 per month. Overall, around 700 developers joined them each month during 2021. Of all new Web 3 developers, 20-25% join Ethereum.

In 2022, we see that activity on Ethereum remained stable. Besides a dip between April 18-29 in activity, their developers have been busy. This keeps them at the top of the pile during 2022. See the picture below.

After Ethereum, Polkadot has the most developers active. In 2021, their ecosystem saw 1,400 monthly developers as of December. A year earlier, that number stood at 840 per month. Their activity in 2022 saw a peak in May, with 90 activities on some days. In July, this dropped to 38-42 per day. However, the number of contributors stayed stable, with a daily minimum of 22.

Cosmos comes in at spot #3, with 950 developers per month. This means a 70% growth over 2021. That’s not spectacular, compared to other chains. However, it’s very steady and enough to secure the third spot. They are one of the most popular chains to build on. As a result, they have a big ecosystem. In 2022, they kept growing steadily. Their activities kept growing. They saw 20-30 developers per day.

Solana saw almost a 5x increase in developers in 2021. They’re now at 900 active developers per month. That’s the biggest increase of all chains. However, activity and developers saw a decline in 2022, after a December 2021 peak. Daily activities went down from 310 in January to 80 in July. Also, the number of active developers went down from 60 to 20 per day. They also suffered a few downtimes in their chain this year. From the top 5, Solana sees the biggest decrease in numbers in 2022.

NEAR comes in sixth, and they saw a 4x developer increase in 2021. The biggest increase is directly behind Solana. They boast 400 active monthly developers over 2021. In 2022, daily actives were good, with between 14 and 21 per day. However, in July this almost dropped to zero. The number of active developers was steady between 10 and 16, with peaks at 21. This also seemed to have collapsed in July, though.

Moreover, Polygon almost doubled the number of developers in 2021. In other words, over 300 monthly devs in 2021. Their activities kept increasing in 2022. Their daily contributor count went also up in 2022. Going from 4 in January, to peaks of 14 in July.

Finally, Cardano increased by 90% in 2021 and stood at over 350 monthly developers. Their activity was stable in 2022 with a few peaks in January, February, May, and June. Daily active devs range between 30 and 60.

Note: During weekends, the number of active devs drops. All chains see this happen, and it influences average numbers.

Developer activity on the blockchain is crucial. The devs supply the apps which make a blockchain attractive to users. However, without devs, there are no users. So, if you look at growth potential for a blockchain, don’t only look at TVL or the number of users or transactions. An important indicator is the number of active developers.

Furthermore,  we looked at the top 6 blockchains with developer activity. We compared them to 2021 and 2022 numbers as well. 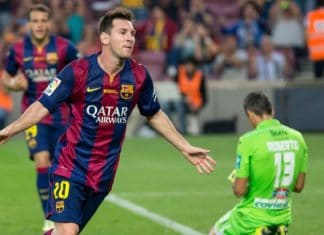 How Tezos Is Helping Grammy Roll Out NFTs