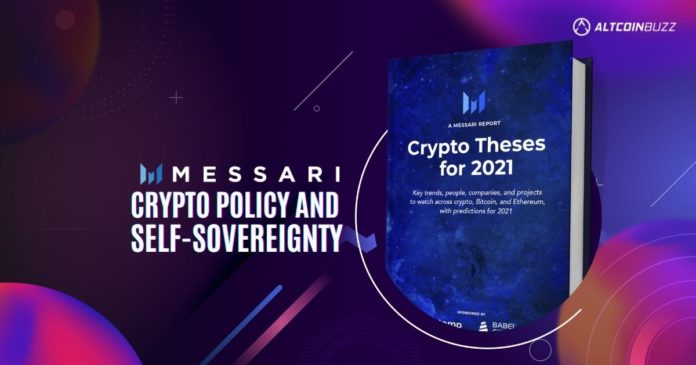 The top crypto analytics platform, Messari, in its 2021 annual report has argued that Bitcoin and other cryptos will continue to be relatively relevant and cannot be ultimately banned by governments.

Messari noted that while there would be potential threats from sovereign countries’ cryptocurrencies, they cannot be banned. The report explained that the mechanism which makes up cryptocurrency will make it impossible for any country to ban crypto.

The crypto research firm said that several critical factors will continue to make cryptos thrive against government policies. These factors include:

Money is a medium of exchange that enables people to pay for services. They give users the ability to carry out financial activities outside the watchful eyes of the government. However, countries like to control their currency. As a result, this constitutes one of the main problems with cryptocurrency.

However, according to Messari’s report, the research company described money as a social institution for bookkeeping.

Moreover, unlike countries with gold as the de facto form of legal tender, crypto utilizes blockchain technology. And most states would not say that 12-year-old digital commodity money is a threat to its monetary sovereignty.

Essentially, a country can issue a law banning Bitcoin, however, enforcing such a ban would be almost impossible. The decentralized nature and the fact all users need is the internet makes banning crypto almost impossible.

Messari said, […] I’m not sure that’s something even the U.S. with all its might can strip away, so long as bitcoin nodes exist in space and time.”

2 – the U.S. And China Economic Rivalry

Another reason why Bitcoin would continue to remain relevant is the continued economic dominance battle between the U.S. and China. Crypto is currently dominant in the West and China is looking to change that.

The People’s Bank of China (PBoC) has previously disclosed major plans to roll out a CBDC project. While there are crackdowns and edicts issued against crypto mining China. this is a challenger to the U.S. economic dominance.

They are now trying to roll out DCEP as an alternative to SWIFT, and they have the distribution to incentivize (and compel!) adoption. Shouldn’t be underestimated. https://t.co/U1kXv3clLl

Moreover, China previously controlled approximately two-thirds of the global Bitcoin mining industry. Also, the U.S. has a major advantage as many top crypto platforms hail from the west.

Therefore, Messari argues that although the origin of Bitcoin remains unknown, Satoshi Nakamoto is almost certainly from the west. other top cryptos from the west include:

According to Messari’s report, the economic rivalry between both countries is another factor that will ensure digital currency continues to be relevant. Both economic powers know that cryptocurrency has the potential to favor and boost them.

According to Messari, crypto could facilitate the creation of a new country. The crypto research firm indicated that if utilized properly crypto can help to form a new country, that might be recognized by the United Nation.

Therefore, using Srinivasan Balaji’s seminal presentation, Messari noted that crypto could facilitate the creation of a network state. By initially beginning with a cloud-based community (metaverse), the new community could eventually become physical.

While banks initially tried to eliminate digital currency, they are now joining the trend.

Some are exploring offering top digital assets, while others are offering crypto investments to their wealthy clients. Others are also lobbying regulators to enact laws that will serve and favor banks.

Also, the fact that banks are joining the crypto space and wanting to compete in it means that crypto is here to stay. Currently, banks like BNY Mellon, Morgan Stanley, Goldman Sachs, among others are actively involved in the crypto space.

According to Messari’s report, the research platform disclosed that Paxos Trust Company now serves as the bankend to several of the largest stablecoin issuers. Also, the company assists new fintech entrants in the blockchain and crypto space.

Paxos works with some of the largest enterprises to power upgraded financial market infrastructure and we take trustworthiness seriously. Learn how Paxos is the most trusted operator in #digitalassets and #blockchain. https://t.co/6Kczl1VX05

finally, the report noted that influential crypto supporters will always ensure the survival of digital assets. It explained that if lawmakers/elected officials are well educated on cryptocurrency they’ll have no reason to try to ban it.

“We’ll continue tilting at windmills to ‘educate the electeds’ if for no other reason than to slow them down from their worst impulses,” Messari said. 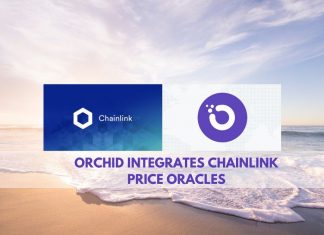 Racheal - June 26, 2020 0
Popular decentralized oracles Chainlink has been enlisted to assist Orchid users to estimate the price of VPN Bandwidth. Chainlink which is arguably the top...