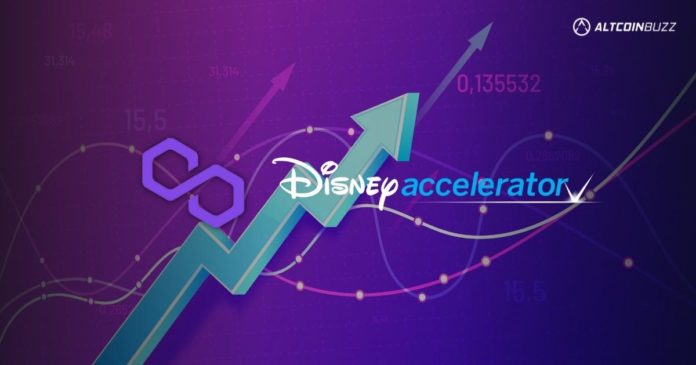 The Polygon native token has done very well since Disney announced it would be part of its accelerator program.

Multinational entertainment giant Disney announced its 2022 Accelerator Program on July 13. Every year, the company selects six startups to join its business development program. Among them this year was the Layer 2 Ethereum scaling network Polygon.

Disney is focusing on emerging technology and immersive experiences this year. This includes Web3 startups in the field of Metaverse, NFTs, augmented reality (AR), and artificially intelligent avatars.

NFT collector “@PuffYatty” posted some details on the six companies on July 14.

In a unique move, the 2022 Disney Accelerator consists of 6 innovative web3 companies

Here's the break down 🧵 pic.twitter.com/1I236j0KFv

The Disney Accelerator begins this week and will end with a demo day at its California studios in October. The six companies will receive “guidance from Disney’s senior leadership team, as well as a dedicated executive mentor,” according to the announcement.

Furthermore, Polygon has been accepted for its scalable network that enables developers to build Web3 experiences. Polygon runs on Ethereum using zero-knowledge proofs to scale network throughput. This has the effect of reducing transaction costs and increasing speeds. These are essential properties for Web3 smart contract and dApp operations.

There are five other companies joining Polygon in the Disney Accelerator program.

Flickplay
A Web3 social app that allows users to discover geographical NFTs that can be experienced and shared via AR.

Inworld
Users can create interactive, AI-driven characters for immersive experiences on this platform.

Obsess
An experiential e-commerce platform for creating immersive 3D virtual stores on company websites and in the Metaverse.

Red 6
This AR company has patented a headset and interface that works outdoors in high-performance environments.

Moreover, General Manager of the Disney Accelerator program, Bonnie Rosen, said this new class of company will help bring immersive experiences to Disney audiences “for the next 100 years.”

As a result, the Polygon native token has been one of the best-performing crypto assets this week. Since the announcement on Wednesday, MATIC has surged 32%. The token reached an intraday high of $0.715 on July 15.

MATIC has pulled back a little and was trading at $0.691 at the time of writing. Furthermore, it has made a gain of 66% over the past thirty days. The token is still down 76% from its December all-time high of $2.92. 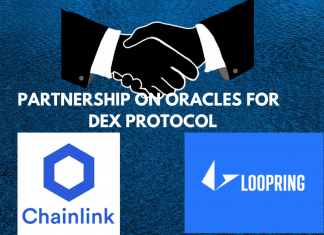 Coinbase to List REN, Other Updates on Ren Protocol