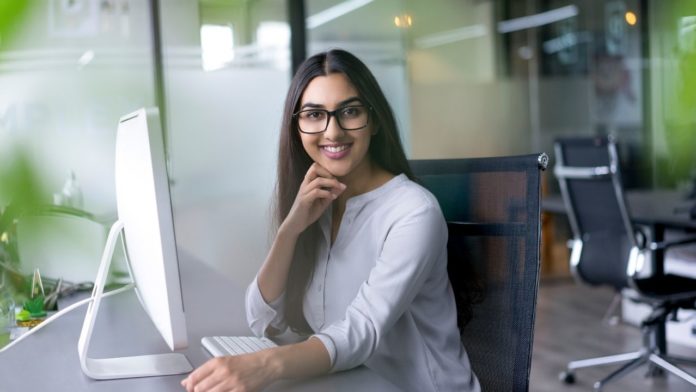 This year, new research revealed that there is still a long way to go before gender parity in the crypto ecosystem. According to the World Economic Forum’s April Global Gender Gap Report 2021, it will take about 135.6 years to bridge the gender gap caused by the COVID-19 pandemic.

Nevertheless, that hasn’t deterred women who have embraced blockchain technology to solve a wide range of social challenges. From girls’ education in underdeveloped nations to the wealth gap in black communities in the United States, in this article, you will discover the Top 5 Most Influential Women that that have stood out the most in the ecosystem 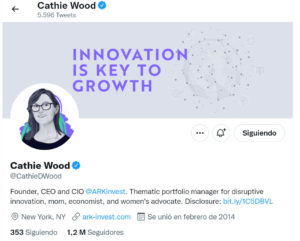 Wood is a very active crypto investor, increasing her crypto portfolio frequently. She recently said that Ethereum is even more undervalued than bitcoin. Also, Wood mentioned that the metaverse would be a multitrillion-dollar market.

The Republican U.S. Senator has been encouraging the purchase of bitcoin and supported legislation in the U.S. Congress to regulate cryptocurrencies. On August 16th, Lummis bought bitcoin worth $100,000. She previously stated that she purchased her first bitcoin in 2013 for $330 per unit. 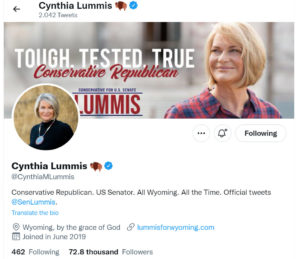 On the other hand, Lummis plans to introduce a broad crypto bill in 2022. This law will construct a new crypto regulatory agency and digital asset tax legislation. Stablecoins would also be regulated, crypto tax rules would be established, and consumer safeguards would be established under the plan.

Hester Maria Peirce is an American lawyer specializing in financial market regulation. Peirce currently works as a Commissioner on the Securities and Exchange Commission (SEC). 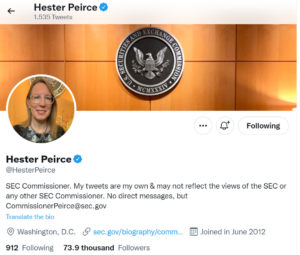 This means that Peirce’s opinions about crypto regulations are significant for the SEC’s decision. Peirce, also called “crypto mom” thinks that more crypto-related products, including a spot ETF, would benefit investors even if this took more time to be regulated.

According to reports, Peirce said: “I think by withholding from investors exposure to spot products, we’re actually not helping re actually putting them in a worse position.”

Another digital entrepreneur is Galia Benartzi, co-founded the Bancor Protocol in 2017. Bancor is a decentralized exchange that automates the lending/borrowing of tokens. Also, Benartzi was a crucial figure in Bancor’s development, and she was named one of Europe’s Top 50 Women in Tech by Forbes. 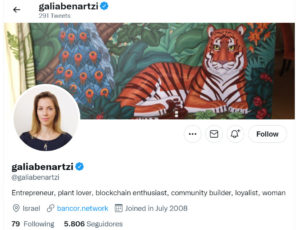 Also, she has been featured on BloombergTV and CNBC and has spoken at the United Nations. Moreover, she has also participated in TEDx and the Oslo Freedom Forum on monetary theory and innovation. Finally, Galia previously co-founded Mytopia, the first smartphone social game firm.

The last member of our “Top 5 Most Influential Women” is Elizabeth Stark is an open-internet advocate, educator, and blockchain entrepreneur. Elizabeth is the co-founder and CEO of Lightning Labs, a Bitcoin network scaling and speeding client. 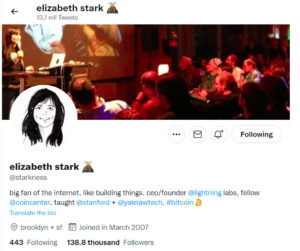 Also, she is a member at Coin Center, the premier digital currency policy group, and an adviser at Chia, a startup developing a new, user-friendly blockchain system. On the other hand, in February 2021, Lightning Labs got a successful $10 million fundraising round to build a “Visa” network. 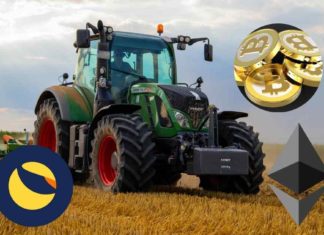 Racheal - April 27, 2022 0
Everyone in the cryptocurrency space arguably owns some form of Blue Chips. Blue Chips are top cryptos that have stood the test of time...