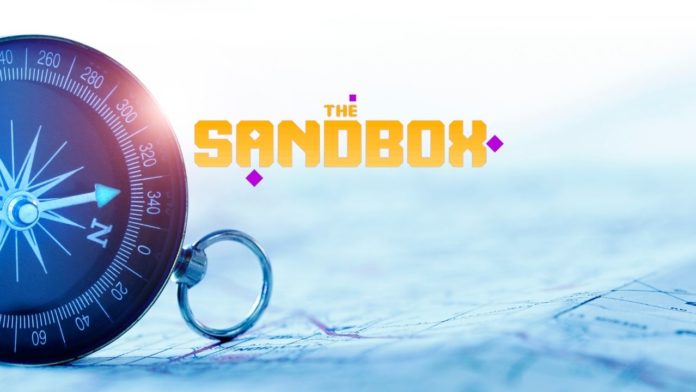 The 1st quarter of 2022 is in the bin. A good time to take stock of many projects and check their current state of affairs. For the metaverse projects, things have cooled down a bit. They are back to more sustainable levels. The Sandbox is no exception.

The excitement of Meta entering the metaverse has worn off. It’s back to reality. However, the metaverse is still on track to hit it big. Projects continue to grow, most certainly the big ones. Once more, The Sandbox is no exception. The Sandbox asked Messari to make a Q1, 2022 report. So, let’s look at The Sandbox Roadmap 2022.

Just like all other major metaverse projects, The Sandbox saw a bit of a dip in some areas. According to the Messari report. Even so, in various other fields, the platform also saw growth. Above all in their LAND sales. This remains a popular and attractive asset. Furthermore, the in-game economics are powerful and durable. The tokenization of their gaming features is also well-thought-out.

For example, the SAND token allows you to:

This leads us to the core of The Sandbox’s long-term goal. Creators have built immersive experiences, that will bring new adopters. On top of that, LAND owners can monetize their LAND parcels. A few firms that stand out as big landowners are for example Binance and Galaxy Interactive. However, some communities own LAND. Cyber Kongz and MetaKovan for instance.

Besides all this, The Sandbox is also active in setting up partnerships. They are on the lookout for early adaptors. In turn, these have the opportunity to build experiences. Think partners as in the music industry, gaming, or fashion. Just keep it wide open and diverse.

The Value of LAND in The Sandbox

LAND remains an important part of The Sandbox focus. There’s a limited amount of LAND available. In other words, when it is scarce, it becomes valuable. In total, there are only 166,464 parcels. The Sandbox sells LAND in two different ways. Either to an organization from partnerships. Or, on the other hand, in private auctions. People are already bidding to become Snoop Dogg’s neighbors.

Regularly, you can buy new LAND. Compared to Q4, 2021, it is up 2%. This brings the total of available LAND to 65%. However, secondary sales dropped by 54% over the same period. But, if we look at Q3 2021, it is still up by a whopping 865%. It’s all about perspective. The report links the drop in LAND to getting back to sustainable levels. After the recent hype cooled down a bit. Nonetheless, there’s still a booming demand for LAND. 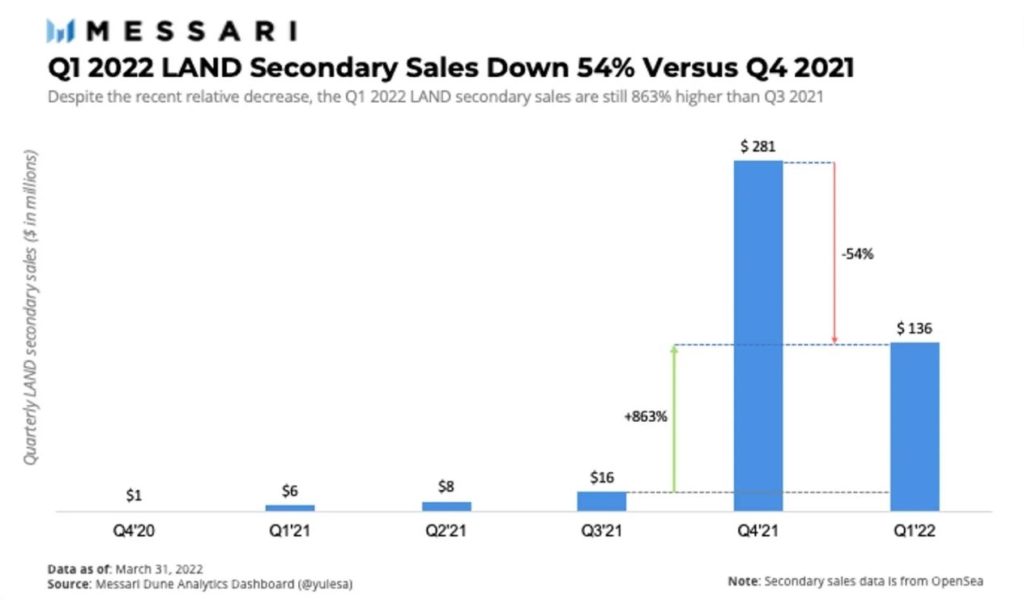 When we look at the total number of LAND buyers, we see that it also dropped. It is now at similar levels as before the hype about the metaverse raged towards the end of 2021.

What Are LAND Owners Doing?

With this question, we look into how long LAND owners hold their LAND NFTs. Furthermore, what is the result of the LAND price. The report considers one year as a long-term holder. On the other hand, it’s considered a buy and sell when the period is less than 30 days.

Also, on this note, 7% fall in the holding group and 11% in the sell and buy group. That leaves 72% in between the two. The average holding period is around 1-3 months. As a result, we seem to have a group of 83% that sells LAND for profits within 1-3 months. This peaked towards the end of November 2021.

However, now it is back to more stable and typical numbers. Combined over Q4, 2021, and Q1, 2022, only 19 days saw more LAND sold than bought. This is an impressive number. 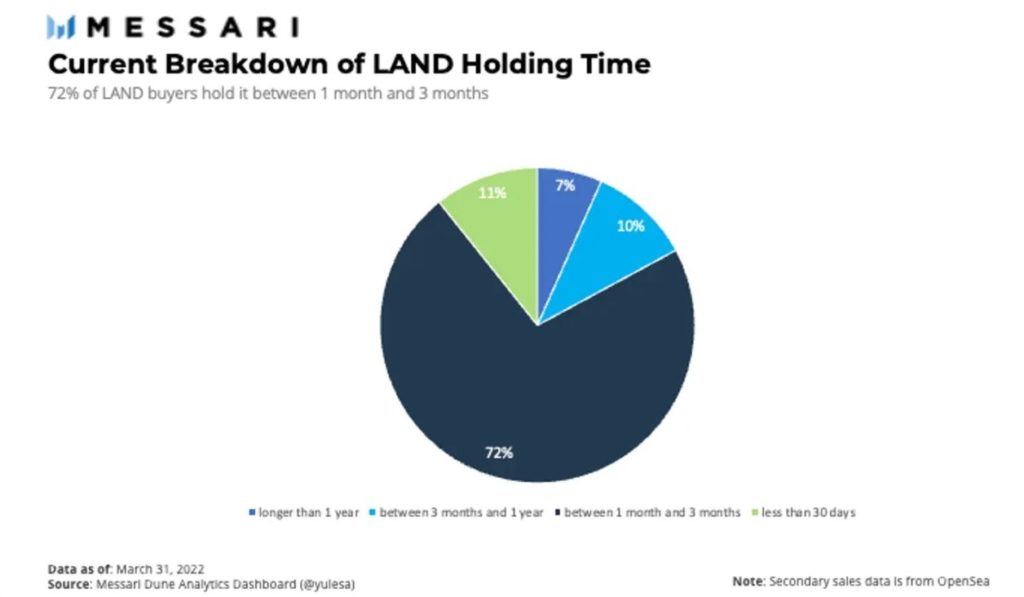 The report indicates that immersive gameplay is key. This will serve two goals:

Other Growth Factors for the Sandbox

The Sandbox Roadmap 2022 is alive and kicking. Let’s have a look at what is going on:

In general, we see the process of decentralization in progress. The goal is decentralization and a DAO. Holders of SAND and LAND owners will govern the DAO once it launches. Expect the DAO in Q2, 2022.

Also, LAND owners see a progressive opening of the metaverse. Especially if they have built high-quality experiences. This was part of The Sandbox Q1, 2022 roadmap. Moreover, Q3 will see the first virtual concerts with Deadmau5 and Richie Hawtin. Furthermore, get ready for the release of the Walking Dead game.

In addition, in Q4, The Sandbox schedules the launch of a mobile version. A long-awaited event. In the meantime, they will keep looking for new partnerships. In addition, the team will expand the games platform to 1,000+ games. Plus, games will be available on consoles. Vox Edit will also see some major updates.

The Sandbox continues to grow during Q1, 2022. This is despite the current general slow down of the metaverse market. As a result, The Sandbox is on track to remain one of the top contenders in the metaverse sector. However, the report sees an absolute must for more immersive gameplay. This will sustain growth in the long run. They recommend large-scale adoption. Providing The Sandbox manages to handle this, the future looks bright for them. 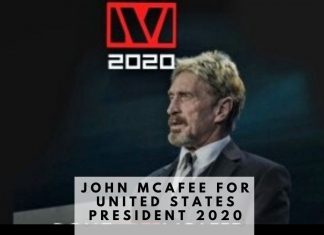