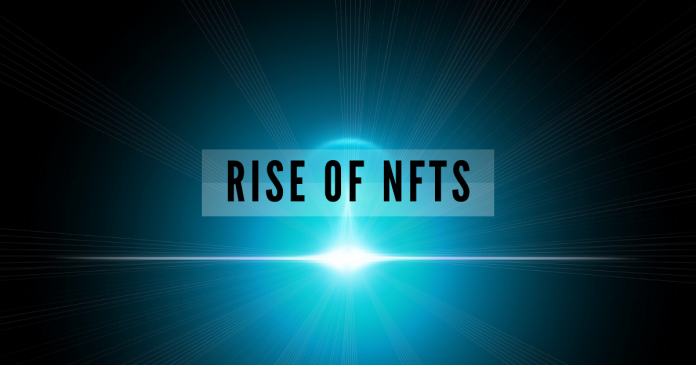 An NFT is like Mona Lisa by Leonardo da Vinci. It is unique and that is what makes it valuable. There is no other painting like that in the entire world.

Similarly, each NFT stores some form of metadata that makes it a unique entry on the blockchain. That said, even the NFT’s on similar blockchains are not interchangeable.

How does non-fungible token empower the owner?

An NFT comes with a mechanism of storing rich metadata that is beyond the token symbol, supply, name, and balance. It stores the asset and ownership details too. Consequently, the owners and future buyers are assured about the provenance.

NFTs became the talk of the town in 2017 with the release of CryptoKitties.

Do NFTs have any value?

To answer that, let’s peek into the evolution of NFTs.

The attempts to create NFTs on blockchain started as early as 2013 when Color Coin had been built on bitcoin. However, NFT’s first technical standard appeared in 2017. Its name was ERC721. That said, it is different from ERC20. That is because ERC721 tracks ownership and movements of individual tokens. And that is what makes a non-fungible token unique and valuable.

CryptoKittes, a cat breeding game, was the first successful implementation of ERC721. Accordingly, each ERC721 represented a unique digital kitten. And the most expensive CryptoKitty was traded in 2017 for $172,625 (600 ETH at the time).

This is when even big giants like Google Ventures realized the power of NFTs.

Recently, a blockchain startup Enjin partnered with Microsoft to create crypto collectibles called Microsoft Azure Heroes. We will use it as an example to explain how NFTs work in the real world.

In the real-world NFTs have some highly potential use-cases in art, antiques, vintage, property ownership and more. There were some major reasons why gaming became the first industry to push forward the actual implementation of NFTs. It was because the stakes were low, and the gamers were already familiar with the concept of digital collectibles.

Future iterations of NFTs will most likely link the physical assets to these tokens for trustless transfers in the real-world. To state an example, identification certificates and software licenses can be traded as NFTs.

Many projects are already proposing better NFT standards like ERC115, ERC875, and ERC998.

Highlighting the characteristics of a non-fungible token

How do they work and how to acquire them?

There are many ways in which an NFT can work. Here we will use the example of the latest digital collectibles introduced by Microsoft.

Many developers are working on the Microsoft Azure platform. And now they can win blockchain digital collectibles.

A total of five badges have been developed by Enjin and powered by the blockchain. Each badge is available in limited supply and will be awarded to the individual who makes worthy contributions to the Azure platform.

Each badge is basically an ERC-721 token that can be stored in the Enjin wallet and traded just like any digital asset. Every single badge is unique because of its ownership and that defines its future value.

To acquire a badge (ERC721) token one needs to submit his/her candidacy and make a valuable contribution to the Azure platform. Once the Microsoft team reviews the “good work done”, a member will receive the digital badger. It can then be claimed by scanning a QR code.

This is just one way of acquiring an NFT. Other NFT platforms like CryptoKitties, WAX, and Qtum use different methods.

The fungible crypto-currencies have already proven their importance in the digital asset ecosystem. The non-fungible tokens, on the other hand, represent a potential opportunity to tokenize the physical assets retaining a unique lineage. All in all, NFTs will broaden the scope of blockchain in the real world. 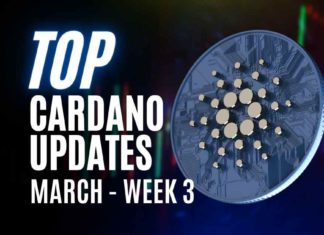 David Abel - March 24, 2022 0
Every week, there are new developments in the Cardano blockchain ecosystem. Accordingly, Altcoin Buzz covers these developments from the third week in March to keep...