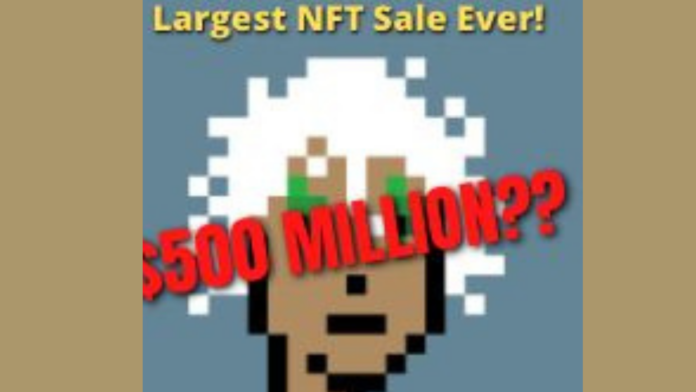 You’re not going to believe what just happened last night on Cryptopunks.

So What Actually Happened?

No, someone didn’t spend half a billion dollars on an NFT. Well, they did but they didn’t.

The person behind this stunt took out what’s called a Flash Loan. A Flash Loan is a crypto-native transaction that allows buyers to take advantage of the price difference between assets offered at different exchanges. This price difference is usually so minuscule that it does not impact normal trades. But when trading hundreds of millions of dollars in cash equivalents, you can make a nice chunk of change.

5/ Within a single transaction, the attacker will:

In this case, specifically, the owner of CryptoPunk #9998 took out a Flash Loan, sold the punk to themselves, and returned the flash loan in the same transaction.

Every transaction is public, which means it’s pretty hard to trick people. But plenty of people still fell for this stunt last night, thinking someone actually paid $500 million for the punk. Mark Cuban’s own firm even got duped:

That’s not a fat finger error.

Of course, transactions of this size bring out the best and worst of NFT Twitter. People were originally shocked and excited that NFTs seemed to finally get that mainstream attention we’ve been clamoring for. And of course, as with any large NFT transaction, the money laundering narrative started:

You’re crazy if you think this punk really sold for $500,000,000 and there’s no money laundering involved. pic.twitter.com/VwyWvkakok

This punk sale for over $500M is bad news for the NFT industry. I wouldn't pay more then $5M on this.
Obvious money laundering. 👎🏼 pic.twitter.com/PzZGPws7ZP

So What’s The Big Takeaway?

This highlights the good and bad of the crypto/NFT world. First, this stunt demonstrated that very cool, innovative things can be done with cryptocurrency. This, simply put, was a brilliant marketing technique. Look at what happened with Richerd’s punk a couple of weeks ago.

This could have been the largest ever on-chain NFT sale in USD, but I chose to reject the offer.

Here is the story and why 👇 pic.twitter.com/zeURo4C5z6

Top-tier, blue-chip NFTs are more than just tokens on the blockchain. They are morphing into brands themselves, that carry more value than the floor of the collection. Cryptopunk 9998 is now synonymous with the Flash Loan event, and has started to be called “Flash Punk”. Now imagine when this punk is sold for real.

Twitter came to a grinding halt last night. It was the only thing people were talking about, both within DeFi Twitter and outside of it. A couple of glaring issues arise from this though. With most blue-chip or popular collections having Twitter sales bots, an epidemic is about to start with people taking out flash loans to promote their NFTs. Larvalabs has said they are adding filters to their notifications, but expect plenty of these stories until this becomes the industry norm.

Some recent large bids were done the same way. The ether is offered and removed in a single transaction. So, while technically briefly valid, the bid can never be accepted. We’ll add filtering to avoid generating notifications for these kinds of transactions in the future. 2/2

Remember, always, always do your research. Don’t believe everything you read on Twitter, even if they have a checkmark beside their name. Sometimes, as evident with last night’s happening, they might not be doing their research themselves.

Not many people can afford a CryptoPunk, here are 4 projects minting next week that everyone can get in at on the ground floor!