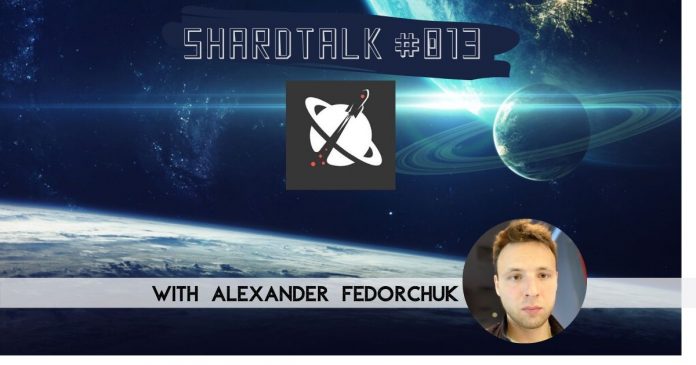 In this episode of ShardTalk, we are glad to have Alexander Fedorchuk, Marketing Communications Manager at 0xGames, to share with us all about 0xUniverse.

Q: How big is your team?

Alex: As of November 2019, we have almost 20 people. Basically, we have subteams working on three different projects: our flagship 0xUniverse, the RPG battler 0xWarriors and racing manager 0xRacers. Here is an interesting fact for the readers: our CEO Sergey Kopov supervises all of the above, but he himself is more engaged in developing the game client for our space strategy 0xUniverse. I joined the team half a year after its concept had been conceived, and we had several new guys come in afterward as well.

Q: How has the Ethereum blockchain helped in the development of 0xUniverse?

Alex: To be honest, we have had our biggest number of dApp players coming from Ethereum. Especially in the 0xUniverse. The initial player base was mostly Ethereum users, and mind you, 0xUniverse was even acknowledged by MetaMask (a well-known Ethereum wallet, Altcoin Buzz) to be the most popular game. That doesn’t necessarily mean we will always be ETH-based only. As you know, our games already support TRON and EOSIO and we will integrate, for instance, NEO and Matic in the nearest future.

Q: Is 0xUniverse F2p and how can a player earn money from 0xUniverse?

Alex: Good question. Being an Ethereum-based strategy, 0xUniverse requires players to pay for blockchain transactions and acquire at least one blockchain asset, in our case that is a planet. These come in different rarity types (common, rare, epic, legendary) but you can always find the cheapest common one at around 0.003 gwei. Epic and legendary planets are much rarer and you can earn more of you discover them and sell at the in-game auction.

Once you own a planet (ERC-721 NFT), what you can do to earn depends on your medium- to long-term plans. You could always wait until the planet is full of resources and then sell it at 2-4 times the initial value. Or you can rent it out to other players who want to launch ships from your planets in the sectors where they have none of their own. You may want to join a corporation — a social structure within the game — via buying a couple of shards and gift a planet to the corporation in order to help it grow. That would, in turn, strengthen its positions and assist the head of the corporation in increasing its value faster and making bigger dividend payouts. Bear in mind, you will have to be in that clan if you want to be on the “receive-my-share-of-dividends” list.

Moreover, we have the Buildings update coming that will work on energy tokens. We hope it will bring even more possibilities for players to earn while playing. But we’ll keep this a bit low profile for now until the update comes along.

Q: Could you explain more about corporations and what they do?

Alex: Corporations are, as I mentioned, resemble social structures. I’d even call it a clan that anyone can join in 0xUniverse.

The idea behind corporations was to help build a more complex economy in the game and create a more sophisticated management model. If you feel like you have the entrepreneurial spirit to lead a corporation you can buy its “shares” and even nominate yourself as the Head.

The total number of corporations will be limited and each one has 10,000 shards, as some players call it. We already have vivid debates going on between members of each of the existing “space businesses”. Imagine what would happen when the Wars of Corporations update comes out. That major addition will allow corporations to wage wars, do strategy, control sectors, not to mention the possibility of using black holes. Yes, these do exist within the game as well and might be key to the secrets of the unknown parts of the vast universe.

Alex: If past experience is anything to go by, then our community has the greatest tips on how to best play, earn, launch ships, hodl, etc. We have great community-made guides and always encourage our content creators to share more advice as we have a referral program that can help content authors earn even more by helping both players and the game.

What we ourselves would recommend to a new player, it is to seek out a cheap planet that is high on population. That way they can launch more ships to find more planets.

Q: What are some interesting numbers you could share about 0xUniverse? (planet sale price, etc..)

Alex: There are several things actually.

Secondly, the average number of players, according to DappRadar, varies from 700 to 900 and counting. We saw 1.2k as a daily max once. Also, we have been spending more on our mobile marketing lately and already, all in all, our MAU has grown 2.4 times since August.

Q: What are some goals you have for 0xUniverse?

Alex: Oh, the goals are always ambitious. We plan to keep on increasing our audience via buying more ads, something that has indeed proven to be quite efficient. And we intend to not just grow our player base with the help of crypto users but with gamers not so well familiar with blockchain. We’ve already seen more players coming in through the Arkane wallet, which helps you get started in a crypto game with less effort.

I would also mention that our team is going to continue working on major updates for the 0xUniverse. The buildings one, the wars of corporations, expansion beyond with more storyline narrative, smaller galaxies on new chains. These are the big plans. And with our focus on improving UX and fleshing out the gameplay, we hope that all our games and blockchain gaming, in general, will attract many more traditional gamers.

Alex: Thank you so much for the interview. And yes, we have a grand redesign concept for another project tied to 0xUniverse that’s been on hold for a while now – 0xBattleships. So we would like to invite everyone to join our friendly community to learn more about what it’s going to be as well as to chat about the upcoming updates!

Check out other game interviews we have done!

ShardTalk: Interview with Wizard on Cardmaker

ShardTalk: Interview with the Team from Koltiro Games on Spirit Clash 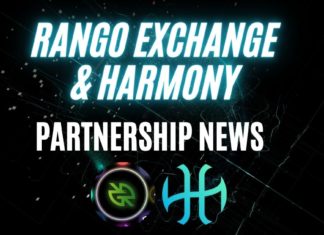 Martin Bilušić - December 30, 2021 0
Rango Exchange partners with Harmony and announces a trading competition! Rango exchange is now live on Harmony. This was announced on the official Twitter account...