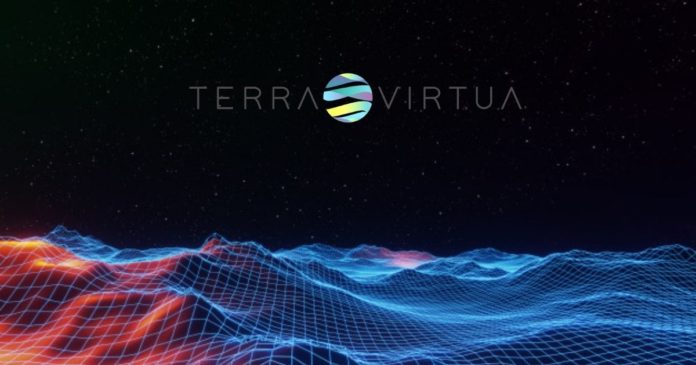 Terra Virtua is the first truly immersive, blockchain-powered virtual & augmented reality (VR/AR) entertainment platform. By wrapping all the exciting technologies like blockchain, DeFi, AR, VR, and NFTs into one, it has reinvented digital collecting. It has provided users a unified virtual universe that exists on personal computers and mobile phones as well as VR headsets.

Founded by ex-executives of Microsoft, Electronic Arts, Ocean, Warner Bros, and PlayStation VR, Terra Virtua is built around a strong community. Additionally, it has huge support from VR content developers and is secured by the Ethereum blockchain.

Still not convinced? Here are our 10 top compelling reasons to bag TVK in 2021:

Many virtual universes exist on websites or Mobile Apps. However, there is hardly any universe that exists on both and adds an AR/VR dimension to it. Terra Virtua has made it possible.

While it has become one of the first platforms to harmonize blockchain and AR/VR, it also uses non-fungible tokens to create and store digital collectible assets. Effectively, it gives brands and enterprises access to a virtual universe where they can interact with their real-world customers. And that is how Terra Virtua has gained partnerships with the behemoths of the entertainment industry.

The Terra Virtua ecosystem is built around different environments designed to allow users, whatever their interest, to fully immerse themselves in the things they love.

The first environment is the Fancave. A play on a ‘mancave’, the Terra Virtua Fancave is your own personal space where you can view and interact with your digital collectibles. The Fancave can be customized to your tastes and in the future will support social interactions.

The Terradome is the next environment and is built to house the life-sized vehicles, robots, and creatures from movies such as Pacific Rim The Uprising and soon to be released, Kong from the new Godzilla vs. Kong movie. 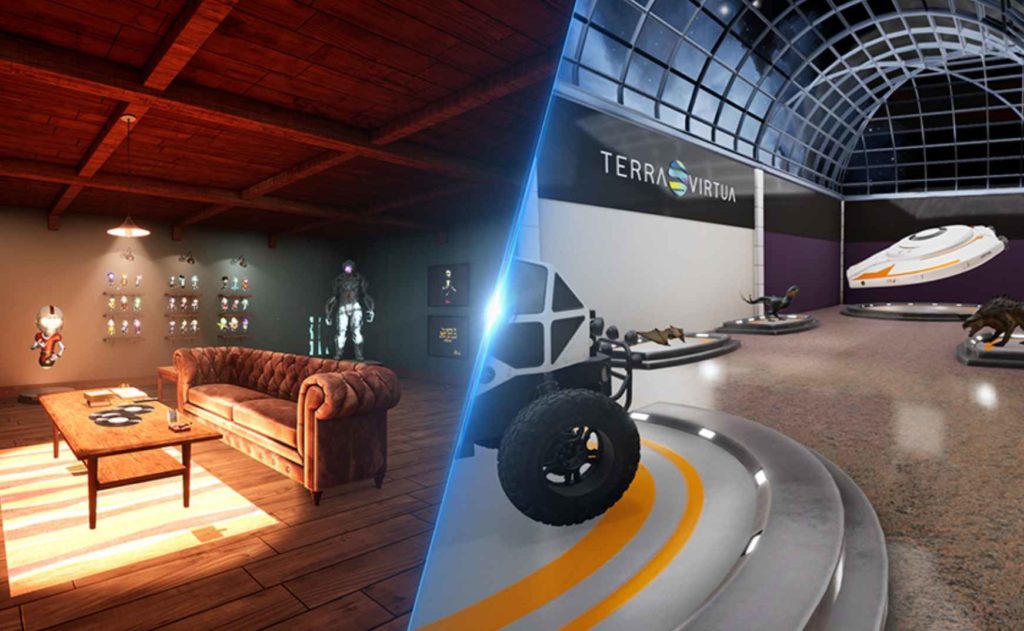 Impressively, the team continues to enhance these environments. For example, to accommodate the different scope of movements of monsters like Kaijus, the team enhanced the corner space in Terradome.

While the platform will always have content developed by the internal team, it will also allow platform users the ability to generate, sell and trade art. Housed in the third environment, the Terra Virtua Gallery is an impressive space where users, artists and collectors can browse artwork to sell, or just to show.

In January 2021, the platform went live with its first batch of 11 non-curated independent artists and has since added another 20 artists to its family.

According to the website nonfungible.com, there have been 1347 past all-time sales on the Terra Virtua platform.

Here comes the most exciting part. Terra Virtua users can earn real-world rewards as part of the Prestige Club when it goes live. These rewards range from meeting the creator of an NFT, being able to buy a movie collectible, and more.

“Imagine exclusive Game of Thrones finale merchandise available only during the episode. If you could grab exclusive team merchandise when a player hits a home run. Merchandise that becomes available at a concert during specific performances. Owning action figures that come to life — these are the types of things you will experience from Terra Virtua ” — Jawad Ashraf, CTO, and Cofounder of Terra Virtua.

After the CryptoKitties fiasco, a strong community has formed around NFTs. People are spending huge sums of money to own unique digital collectibles.

According to industry statistics, NFTs in gaming can build a $200 billion gaming market, $4.82 billion online digital art community, and more. As Terra Virtua creates and stores assets in NFTs, the platform is poised to support an industry that is ready to take off.

Mankind has been a fan of collectibles for centuries. For most of the collectors out there, collectibles value goes beyond money. According to Forbes, the digital collectible market holds the potential to turn into a $200 billion dollar industry.

To support the growth of an industry of such a massive scale, Terra Virtua looks like a perfect platform because it wraps the most exciting experiences into a platform that is secured by blockchain and NFTs with incredible partnerships and brands.

To maximize adoption, the Terra Virtua platform has been developed as a payment agnostic platform. That means users can make payments using fiat or credit cards. Along with this, it also accepts payment in Ethereum.

For any platform to fuel its growth, it needs to generate revenue. Terra Virtua follows an interesting business model that opens revenue streams for the platform.:

The project was founded in 2017. After completing the proof of concept and building the team of industry leaders, the private pre-sale was launched in 2018. Moreover, the team launched the portal in alpha.

However, 2019 proved to be an iconic year for Terra Virtua. It partnered with some of the leaders in the entertainment industry and sold collectibles for them such as The Godfather, and Lost in the Space.

Some of the major milestones for the year 2021 are:

That’s a real giant building up there!

CEO Gary Bracey – Gary is a games industry veteran with experience of 35 years. He was the head of development of Ocean Software and founder of Digimask. Moreover, he was a nominee of the most prestigious British Academy Games Awards.

CTO Jawad Ashraf – Jawad is a technology-focused entrepreneur who brings over 30 years of technical transformation experience to Terra Virtua.

COO Dough Dyer – With over 25 years of experience, Dough has held leadership positions with entertainment industry giants like Microsoft, Warner Bros., and more. He has also worked with brands like The Simpsons, Harry Potter, and Age of Empires.

CSO Jeff Holmberg – Jeff is basically a Wall Street veteran. He has worked with giants like OpenSea, Goldman Sachs, and Merrill Lynch.

If there is anything more that places Terra Virtua uniquely in the NFT and blockchain space, it is the partnerships the project has bagged over the last 3 years:

Terra Virtual is an official NFT provider of Paramount Pictures. It has released NFTs of blockbusters like The Godfather and Top Gun collectibles.

As an official NFT partner of Legendary Entertainment, Terra Virtua will soon be releasing collectibles of Godzilla and Kong from Godzilla vs. Kong, the 2021 blockbuster.

More partnerships in the space

On 26 February TVK was listed on Binance Innovation Zone. With that, it is now available for purchase on 3 leading exchanges.

According to CoinGecko, the TVK price touched a new all-time high of $0.92 on 26 February 2021. However, at the time of press, the token seems to have unhanded some of its gains to the healthy market correction. It is now trading close to $0.436.

Very soon we will have a TVK exclusive technical analysis coming up!

Terra Virtua and its vast ecosystem of partnership seem poised to disrupt the world of digital collectibles. Along with that, it offers exciting, innovative, and engaging experiences and incentives. It is evident that with brands of such scale coming to the platform, Terra Virtua will draw more interest from the $200 billion digital collectibles market as it continues to deliver more. 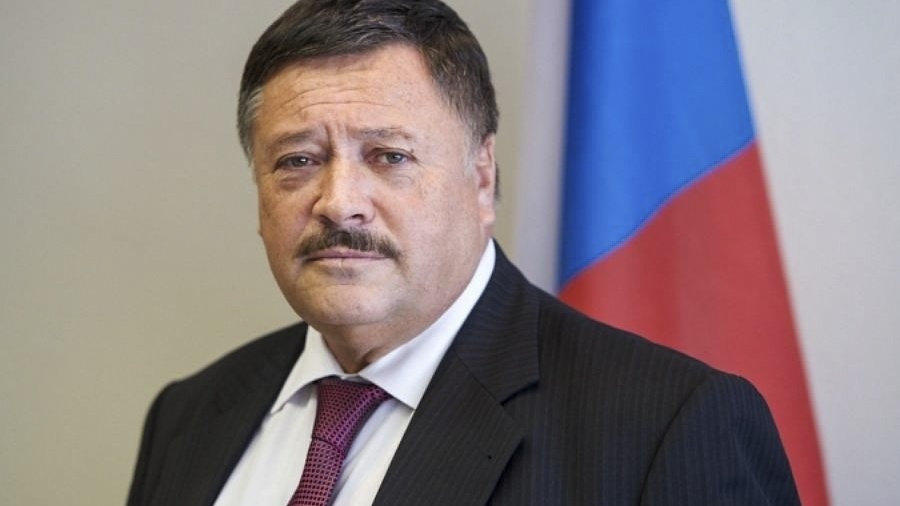 Lesia Dubenko - June 8, 2018 0
This week Moscow is hosting the First Blockchain Conference in its Federation Council (the upper house of the Parliament). During it, a top official has...