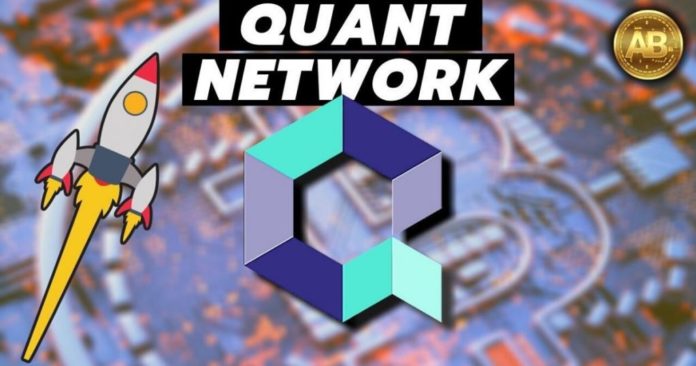 The Quant network aims to fix one of the critical issues of blockchain technology, which is the lack of interoperability. An extremely exciting system developed by Quant to address the interoperability issue is Overledger. This is not a blockchain but an operating system that connects blockchains. Along with that, it uses multi-chain applications (mApps) to connect existing traditional networks to a blockchain.

In our prior Quant Network series, we have explained its architecture, token utility, tokenomics, and much more. However, in this particular article, we will talk about the architecture of the Overledger Network Community Treasury and how it provides even greater utility to QNT.

What is the use of the Treasury model?

To begin with, let us understand what is an Overledger Network Community Treasury model. Basically, it is a multi-chain application (mApp) that uses a collection of smart contracts for its operational logic. Before we take a deep dive into the Treasury and how it works, let us look at its potential benefits for the Quant Network.

Thus, the demand for QNT will keep on increasing and will lead to a price surge. However, unlike most of the staking projects, no new tokens are being minted. Thus, the value of the QNT token will not get diluted.

To understand the treasury model and its functions we first need to understand with whom the Treasury will interact. Here is a visual presentation of the same:

To become a developer or a gateway provider, one needs to access the network via the Dev portal. According to the official guide, the developers and gateway providers, also known as stakeholders, need to provide two Ethereum addresses:

We have composed a complete guide on how you can participate in the Quant Network Community Treasury Public Test.

The payment channel design establishes a trustless environment. While blockchain acts as a root of trust, the application liveness ensures the smart contract will get executed and the payments will be made.

How is a Payment Channel set up?

In the diagram below, the channel has an expiry of block 200. As soon as the block 200 is created, the payment channel between the developer and the gateway operator will expire.

There are primarily seven different types of smart contracts. 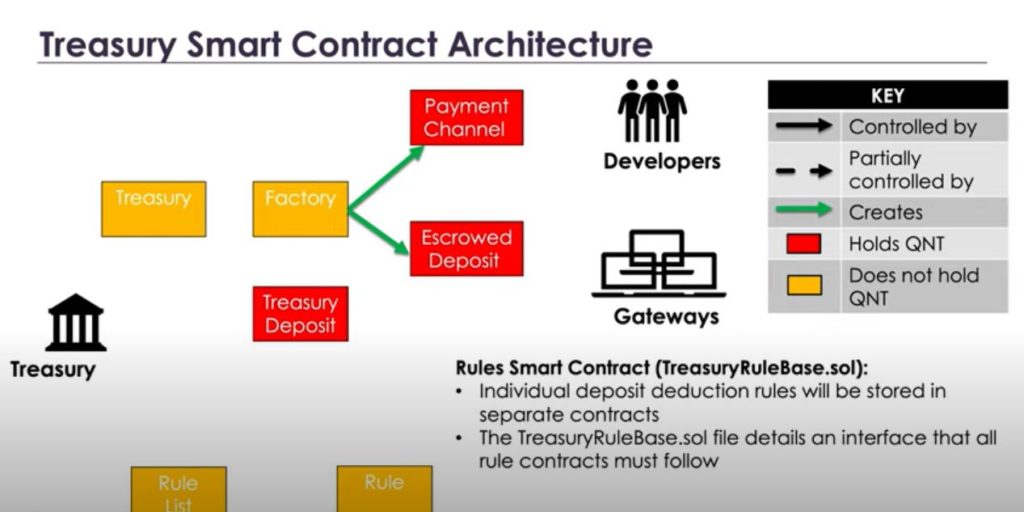 This is the key smart contract and stores the Treasury Ethereum address, the linked contract address, the fee rates, and the deduction rates in case of any faulty service.

It functions quite like the payment channel smart contract. It stores the QNT wallet and operator addresses and also releases QNT if it receives a valid claim. After the expiry period, it releases the QNT to the depositor.

It holds QNT that is released to the developers or gateway only after a valid claim.

These smart contracts store the list of rules that the stakeholders – the Treasury, the developers, and the gateways – must adhere to. In case any stakeholder does not abide by the rules, QNT will be deducted from their escrow deposit according to the details in the Rule Smart contract.

Separate Rule smart contracts store the deposit deduction rules of each payment channel.  These are then listed in the Rule list.

As a multi-chain application, the Overledger Network community treasury ensures QNT payments flow from developers to gateways in an accountable manner. In addition, a gateway or a user is penalized in case of faulty behavior.

Along with that, the Treasury also reduces the on-chain transactions. With such an approach, it is able to save on the ETH gas fee on its transactions and complements one of the purposes of Overledger system. 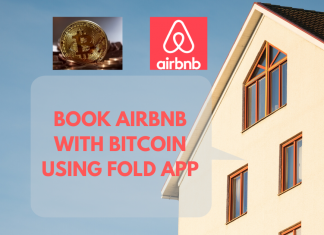 Big: Bitcoin is Accepted by Airbnb

Racheal - November 12, 2019 0
Adoption-adoption-adoption. It's happening. Now you can use Bitcoin payments app Fold to book a holiday home and more. Bitcoin is becoming more and more ubiquitous. According to...

Why you should Buy UNI?