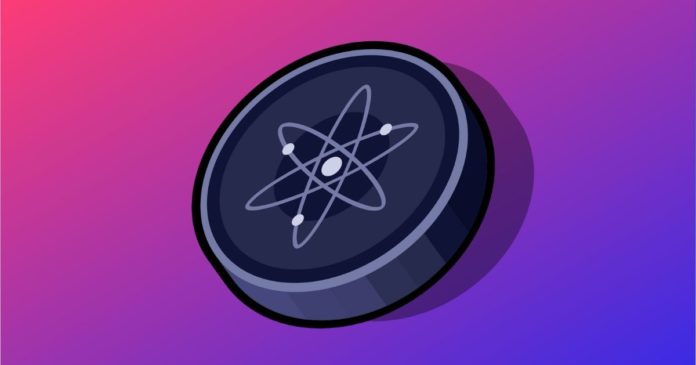 Interoperability is a big keyword in the crypto space. Now, if we say “A,” we also need to say “B.” In this case, “B” is cross-chain. Cosmos fits right into this setup. Its ecosystem is a decentralized network. It contains plenty of standalone blockchains. They easily interact with each other.

On top of that, there are also bridges to non-Cosmos blockchains. The Tendermint consensus mechanism powers this ecosystem. So, let’s dive in and see what the Cosmos blockchain all is about.

Here is a short video that explains the Cosmos blockchain.

What Is Cosmos Blockchain?

The Cosmos blockchain is highly scalable. Furthermore, its ecosystem of blockchains is interoperable. As a result, Cosmos created the Internet of Blockchains. In other words, all blockchains on Cosmos can interact with each other in a decentralized way.

To achieve this, the Cosmos ecosystem uses open-source tools. This means that everybody can use the code and adjust it for their own purpose. On the other hand, you can also add new tools.

For example, Tendermint, the Cosmos SDK, and IBC. The Cosmos SDK allows devs to build blockchains on Cosmos. SDK stands for “software development kit.” IBS is the Inter-Blockchain Communication Protocol. This allows blockchains in the Cosmos ecosystem to talk to each other and trade assets.

All combined, devs can make scalable and secure blockchains. They are also interoperable blockchains. Developers can also build custom dApps.

It’s good to point out that Cosmos doesn’t see itself as an Ethereum killer. It has no plans to replace Ethereum. Cosmos’ technology is not designed for that purpose. On the other hand, the Cosmos ecosystem may host some blockchains that like to replace Ethereum.

Both blockchains serve different use cases. As a result, they are not direct competitors.

⛏ ⛏ 🧵 The environmental issue surrounding Bitcoin mining and other Proof of Work blockchains is nothing new. Tendermint co-founders @jaekwon & @buchmanster were concerned about its carbon footprint back in 2014 & pioneered the energy-efficient 🌱 Proof of Stake 🥩 model. ⬇️ pic.twitter.com/EQ9G5MnlZl

How the Cosmos Blockchain Works

What Is the Cosmos Blockchain IBC?

IBC connects the blockchains. To fit into the IBC, there are only a few requirements. As a result, Cosmos blockchains are heterogeneous. This means two things.

All these blockchains can have three different layers. For example, networking, consensus, and application parts. The most important requirement is that consensus needs to be fast.

All the blockchains are sovereign. This means that they all have their own validator set. They agree on adding blocks to the blockchain.

This means that blockchains with different validator sets can talk to each other. It transfers tokens and data. For instance, between public and private blockchains. No other network offers this kind of interoperability.

Tendermint is the PoS consensus mechanism for Cosmos. PoS stands for proof-of-stake. As the IBC showed, blockchains need three layers. Tendermint does this different. It packages two layers into a generic engine. These are the networking and consensus layers. This allows devs to concentrate dApp development. It literally saves hundreds of hours of time for developers.

Tendermint also uses the Byzantine fault tolerant (BFT). In other words, the system should remain intact, even if one or more nodes fail. It also lessens the impact of maliciously acting nodes.

As a result, we have a Tendermint BFT consensus mechanism. This also uses the Application Blockchain Interface (ABCI). This means that devs can use any programming language.

With Tendermint, blockchains are:

⛏ ⛏ 🧵 The environmental issue surrounding Bitcoin mining and other Proof of Work blockchains is nothing new. Tendermint co-founders @jaekwon & @buchmanster were concerned about its carbon footprint back in 2014 & pioneered the energy-efficient 🌱 Proof of Stake 🥩 model. ⬇️ pic.twitter.com/EQ9G5MnlZl

What Is the Cosmos Blockchain SDK?

The Cosmos blockchain SDK makes it easier to build secure dApps. Developers build these on top of Tendermint. It is built on two ideas.

Devs can build a new consensus mechanism and include the Cosmos SDK, as long as they install the ABCI.

Cosmos SDK is one of the most popular frameworks to build and secure chains.
#CosmosFacts pic.twitter.com/2q8WBaRzP5

What Is the Cosmos Blockchain Ecosystem?

The Cosmos ecosystem keeps growing. Currently, it stands at 49 zones, out of which 46 are active. It has 262 apps and services. See below the map of Zones. There is the Cosmos Hub as the spider in the middle of the web. It hosts some big and well-known names that built on Cosmos. This includes many DeFi projects. Let’s have a look.

AI now passes the Turing test with flying colors. You can’t trust anything you see anymore. Most new content on the web is AI or content-farm generated, paid for by deep pockets that want to control you. Our only option is to connect directly with ourselves.

So, we had a look into the Cosmos blockchain and its ecosystem. It’s a unique setup that doesn’t feel the need to compete with Ethereum. They rather co-exist with Ethereum. We showed you what Tendermint, the Cosmos SDK, and IBC are.

The ecosystem was also worth exploring, together with the two co-founders.

The current ATOM price is $12.50, according to CoinGecko. The coin has a $3.6 billion market cap. There are 292 million coins circulating. However, there is an unlimited supply of ATOM. All major CEXes offer the ATOM token.

Click on the following link (as per your location) to avail the benefits.
Binance Global
Binance US
For more details visit*: Binance Sign Up Offer Page. *Terms & Conditions Apply
Disclosure: Altcoin Buzz may receive a commission, at no extra cost to you, if you click through our links and make a purchase from one of our partners. 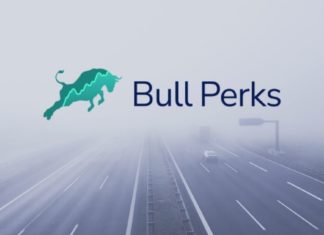