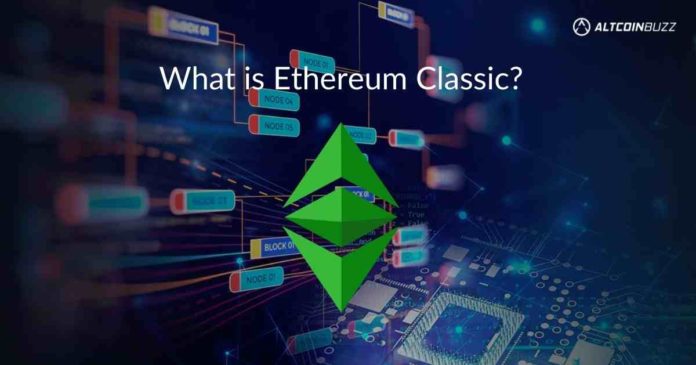 Because they have a common origin, Ethereum Classic and Ethereum are quite similar. It’s a blockchain where developers can build other applications on top. These decentralized applications, or dapps, use smart contract programming to allow users to exchange money, property, or anything else of value without the need for a middleman. The network’s native currency is ETC. The Ethereum Classic network also allows dApps to create their own tokens, including NFTs.

"Anything you can do I can do better, I can do anything better than…" wait that sounds wrong…I'm already better.

No unregulated ICO. No Private/Pre-sale. No free ETC..
I am the very definition of grassroots. I was abandoned. They say I shouldn't be here.#ClassicIsComing pic.twitter.com/jyWG4bkNoa

The Ethereum Classic group thinks that immutability is the primary value proposition of any blockchain. As a result, successful transactions are final and permanent. This fact, as well as the phrase “The Code is the Law,” govern the interactions in Ethereum Classic.

Decentralized governance is a must at all times, according to the Ethereum Classic community. In this sense, they believe that only decentralization can guarantee the project’s long-term success. They also claim that decentralization prevents issues like corruption, irresponsibility, nepotism, inefficiency, and stagnation. As a result, Ethereum Classic demonstrates these characteristics by refusing to have a central base or central governance.

The now ETH team decided to use a fork to recover the stolen funds. In the aftermath of the assault, most Ethereum users, including founders Vitalik Buterin and Gavin Wood, supported the hard fork. However, many members of the community did not. They believed that blockchains could not be controlled by human whims. Therefore they called the previous chain Ethereum Classic (ETC).

How does Ethereum Classic work?

The Ethereum Classic´s blockchain is based on “proof of work” mining. That means that individuals all over the globe use hardware and software to validate and secure transactions on the network. Miners can earn ETC in return.

The Ethereum Classic ecosystem is less active than Ethereum and other smart contract networks like Solana. The relatively low usage of Ethereum Classic has generated issues. Blockchains rely on a distributed number of users to operate the network for security. When there aren’t enough active individuals, the blockchain becomes insecure. Several “51 percent assaults” on the Ethereum Classic network occurred in 2019 and 2020. Hackers gained control of a majority of the network’s computing power. They might change the ledger to give themselves more ETC by doing so. If the attack is successful, that is.

ETC enthusiasts, on the other hand, continue to work on the network and upgrade the code. Core engineers modified the network in December 2020 in order to make 51 percent of assaults economically unviable. The Mystique hard fork in 2022 was the most recent update.

ECIP-1104, called 'Mystique' is coming. It implements a subset of changes found in the Ethereum Foundation London hard fork.

We are reaching out to all #EthereumClassic node operators and provided a blog post detailing all the necessary information.https://t.co/B520ZasfKm

In several aspects, Ethereum Classic differs from Ethereum. Most importantly, it has no intentions to switch from its present proof of work consensus process to proof of stake. In addition, unlike ETH, which has no limit, Ethereum Classic will have a total supply of about 210 million tokens. While Ethereum was still experimenting with the concept, Ethereum Classic finished creating and deploying sidechains.

Ethereum Classic uses a lot of the same technology as the Ethereum project. This allows a strong architecture for smart contracts and decentralized applications (DApps). It’s a full community project. They are fanatical supporters of the principles of immutability, non-censorship, and user privacy protection.

Ethereum Classic has a well-defined development plan that can help its blockchain gain traction. It stands out for its solutions, despite the fact that it is a project with a rough start. 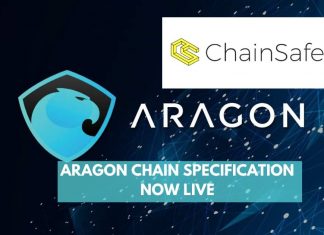 Racheal - January 19, 2020 0
Popular decentralized tech R&D startup recently published specifications for its Aragon Chain. According to a blog post by Chainsafe, the chain will serve as...

Can Bitcoin Bounce Back After A 15% Drop?