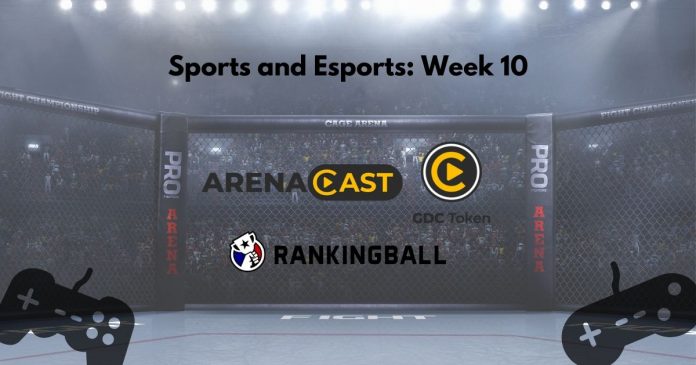 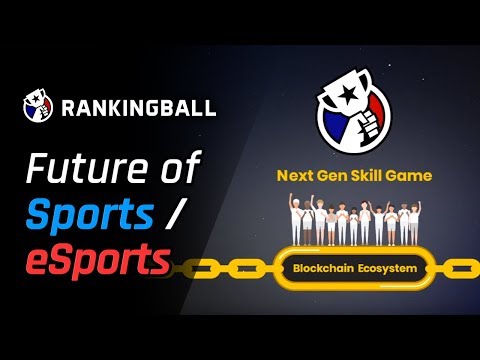 A word from RankingBall Team

RankingBall was founded to unlock a unique gaming platform, which will innovate traditional sports and esports gaming industries.

Until now, many game companies have spent enormous time and money to comply with local rules, regulations and licensing requirements related to gaming, payments, KYC and AML before they can launch their businesses. By issuing our Ethereum-based token, GDC, we solve many of the issues related to regulations and cyber-crime across multiple regions.

Many game companies have been accused of customizing their games for their own benefits and controlling user items or game money. Plus, many online game companies have dealt with cyber-crime like hacking, fraud, and cheating executed by numerous hackers.

Unlike a centralized game company, Rankingball allows users to create or participate in a transparent contest that is trackable by blockchain technology. This is significant because a game company will not be able to arbitrarily change its system to allure users or to control their game property.

Additionally, hackers will find it extremely difficult to disrupt blockchain gaming which helps to exterminate cyber-crime. We believe this will allow RankingBall to not only lead the sports/esports gaming frontier, but also create a whole new ecosystem that connects gamers, sports/esports media, and game developer/publisher. 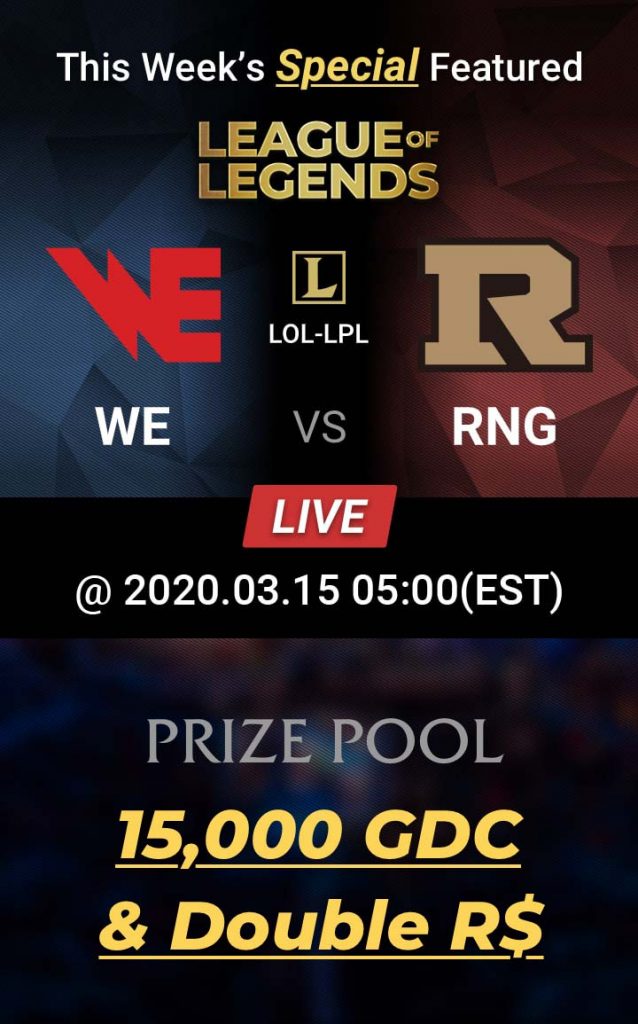 The prize pool will be a total of 15,000 GDC for the match between Team WE vs Royal
Never Gives Up. Meanwhile, the same prize event will take place on RankingBall’s mobile app, except the prize will be in R$, which is RankingBall’s cyber currency that can be exchanged for various vouchers. Also, the prize amount of R$ will be double that of its normal amount. This prize pool for the LPL event is the largest offered by RankingBall, and much participation is expected. However, there will be a limited room for participants in both web and app prize events, so it is important to quickly participate as soon as the LPL match begins. 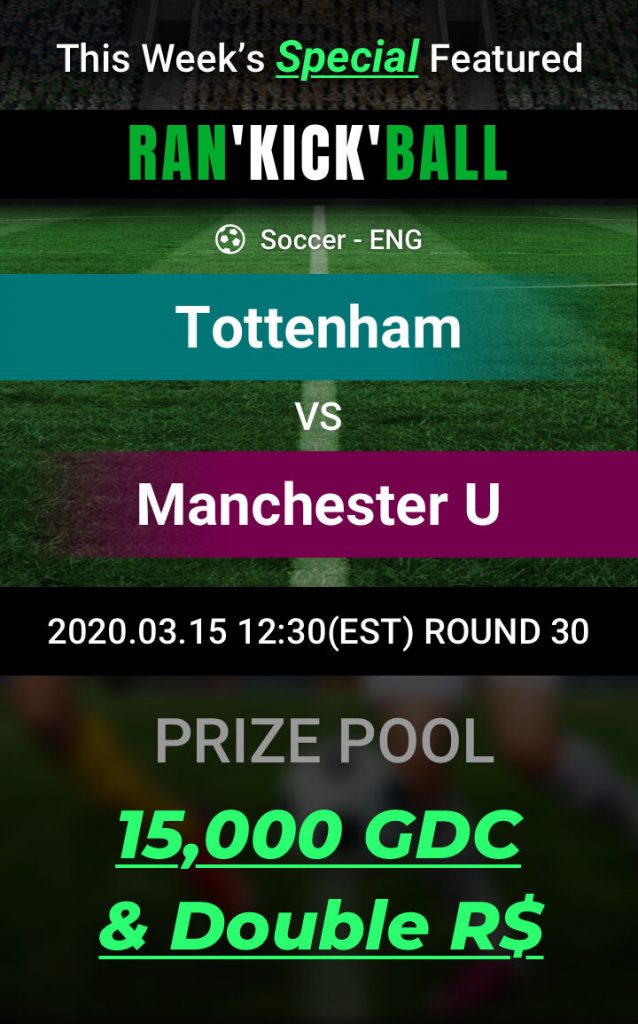 A separate RankingBall event to celebrate the English Premier League (EPL) big match will
take place on March 16, 1:30am KST. Users can watch the live-stream match between Tottenham vs Manchester United, and participate in the prize event.

The prize pool will be a total of 15,000 GDC on the RankingBall website. For users who
participate via RankingBall mobile app, the prize will be R$, which is RankingBall’s cyber
currency that can be exchanged for various vouchers. The prize amount of R$ will be double that of its normal amount.

The event room was flooded during the recent Manchester Derby event. It will be crucial for users to act quickly in order to participate since this upcoming match is expected to house more users. 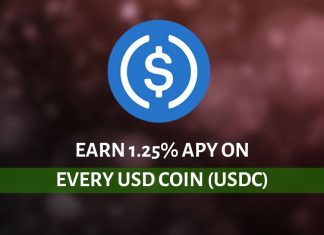