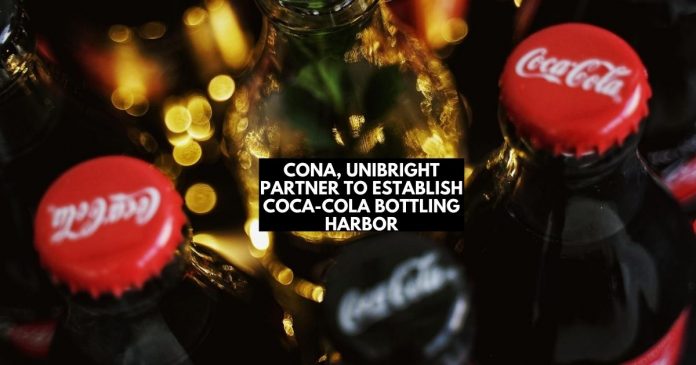 According to the announcement, the Coca-Cola bottling harbor will utilize the Baseline Protocol to improve transparency and reduce friction in cross-organization supply chain transactions.

The initiative would allow them to easily communicate and transact privately on the Ethereum public blockchain. As well as provide access to DeFi applications, and tokenize assets.

Additionally, this way internal bottlers-suppliers will be able to provide products to the Coca-Cola bottling network. External suppliers will also be able to benefit from an integrated, private, and distributed integration network.

The blockchain firm noted that the integration of the Baseline Protocol would have several benefits. That would improve the current internal network.

Notably, the company pointed out that utilizing the Baseline Protocol would provide an outstanding technical backbone. This would invariably assist in achieving the desired solution.

Unibright also disclosed that the Coca-Cola bottling harbor will eliminate coordination problems. Mainly, by ensuring all parties agree to the updated versions and utilize the latest baselined version of the “desired truth” to negotiate error handling and partial re-deliveries.

They further noted that an accessible technology stack and ERP integration will be provided to participants. Also, promising to tokenize invoices within a baseline process. As well as extend existing Hyperledger-based implementation to integrate with the Baseline Protocol.

The Baseline Protocol which was launched March 2020, by Microsoft, Ernst & Young and ConsenSys. Ever since it has witnessed massive growth. Notably, Baselining makes use of the mainnet as “middleware” to verify the authenticity of data. While zero-knowledge proofs are utilize to ensure data of the entities adopting the protocol cannot be obtained by other participants.

Baseline Protocol is design with the Unibright Framework to strengthen the connection, monitoring, and generation of baseline processes and modeling of the visual smart contract. For enterprises that want to deploy blockchain technology, Baseline Protocols offers them services such as permission, performance, and privacy.

Additionally, Unibright recently released an overview of what to expect on its platform. Also, it disclosed details on what the Technical Steering Committee (TSC), its role as well as what “baselining” represented.

Paul Brody, principal and global blockchain leader at Ernst & Young, expressed his excitement with the growth of Baseline Protocol noting it has surpassed the original code base, “especially with companies like Unibright and Provide.”

“Current growth confirms we took the correct decision with Consensys and Microsoft to grant our work into the public domain. And create a foundation structure to steward development,” he added.

Most importantly several other institutions are also embracing the use of DeFi and public Ethereum blockchain to improve their establishment as well as supply chain. AltcoinBuzz Youtube channel has the latest info on it. 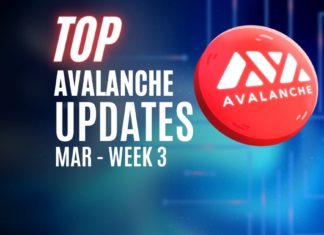 Lawrence Mike Woriji - March 18, 2022 0
Avalanche has enjoyed a blistering performance since the year began, and March has been one of its best months. To increase its userbase, Avalanche...