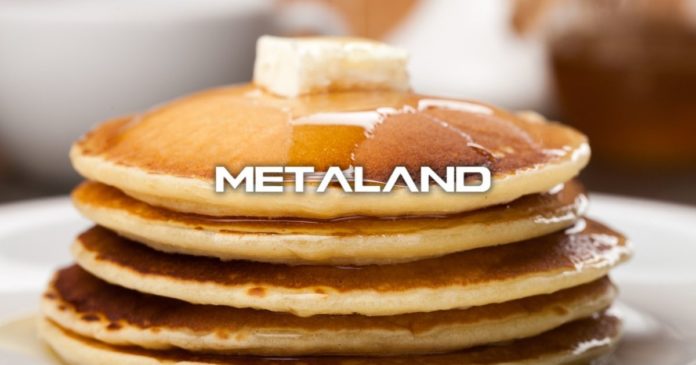 It has only been a few days since Metaland DAO suffered a rug pull which PeckShield detected. The project suffered a loss of over 640 BNB ($286,748); however, its token is listed on PancakeSwap despite the rumors surrounding it.

As of last week, the official Metaland DAO Twitter page was down. However, the team has been actively tweeting for some days and encouraging people to buy the token listed on PancakeSwap. Following last week’s scare, many would have expected that users would not attempt to purchase the token, but that was far from the case.

A close look at the contract address on PancakeSwap showed that some users had purchased the token regardless of the supposed rug pull. According to Coinmarketcap, Metaland DAO initially went up 18.08% in 24 hours. Furthermore, it has a 24-hour trading volume of $977,133. Now, the token’s price has fallen over 77%.

Scrolling through the comments on the Twitter page, several users had different reactions to the listing. Some users who purchased the token exclaimed that it was a fraud while others eagerly awaited the free META tokens promised to selected addresses.

One disappointed user who purchased the token commented, “ Scammers. I sent my tokens to the address you posted and got scammed. No migration…… just scam scam scam.” Despite the criticism of some users, others expressed their optimism on Metaland DAO. One such fan expressed his full support for the project, calling it an innovative and resourceful project.

One user who believed in the project wrote, ”Thank you for the opportunity. Great project with well planned and transparent roadmap. Good luck.”

As reported earlier, Metaland is a virtual space in which participants may create, control, and sell their gaming experiences using META, the Metaland DAO’s native token. In a blog post, the project’s crew stated its intention to construct a virtual world that would be disruptive and challenge other key players. The project’s goal is to create a metaverse where many players can interact and create games without the need for a central authority.

One of the baits attracting new users to the platform would be its promise of frequent rewards in its META token. Metaland DAO seeks to grant its users full ownership of their work in addition to huge rewards. The team noted that it intends to tackle the ownership problem amongst blockchain gaming platforms. Furthermore, Metaland DAO aims to foster wider adoption of blockchain technology.

A Note of Caution

Newbies in the crypto space know that as much as it holds real earning potential, it is also slippery ground. This means that certain projects emerge deliberately to scam users of their funds. There is a real need to be cautious and detailed in working with projects.

Despite the claims that Metaland DAO is a possible fraud, the project showed great boldness by encouraging users to purchase its newly listed token. However, those who would want to purchase should keep an open mind as the project’s reputation hangs on a thin thread.

If you want to learn how to identify scam projects, go through the Altcoin Buzz site for news related to that topic.

Ifeanyi - June 16, 2019 0
According to a tweet, Math Wallet will be extending its services to Tron-based tokens. Based on the press release, its support for TRX tokens...