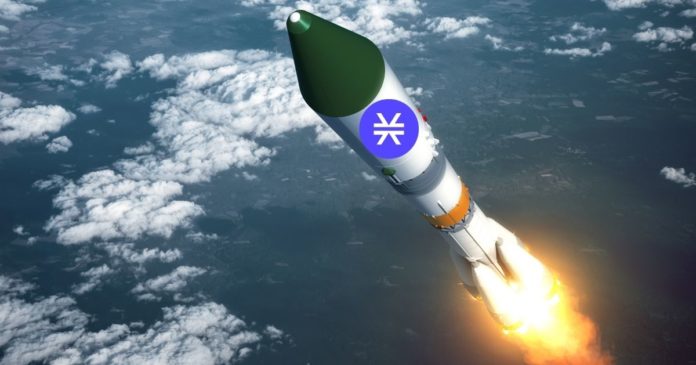 On March 10, the STX market increased in parallel with the launching of “Bitcoin Odyssey.” It is a $165 million fund that would use Stacks’ open-source network for Bitcoin-based smart contracts. It will support building Web3, decentralized finance (DeFi), and non-fungible token (NFT) projects on the Bitcoin blockchain.

Bitcoin is sometimes criticized for its lack of use cases. Sure, it can be used for transactions, but with these high prices, investors are more likely to buy and hold the asset rather than spend it. However, there are other initiatives available to fix this problem. Stacks is one of the most prominent of these. Through its own Layer 1 network, Stacks is aiming to further the development of the Bitcoin ecosystem. And today, the Stacks cryptocurrency, STX, is showing massive gains on the back of news of a big new developer effort.

The Stacks network is cooperating with Okcoin, a cryptocurrency exchange, on a project called Bitcoin Odyssey. Okcoin and Stacks have committed up to $165 million to projects developing decentralized apps based on the Bitcoin network. Okcoin is not the only cryptocurrency exchange working on Bitcoin evolution. But knowing that Stacks’ slogan is “unleash Bitcoin’s full potential,” we should expect big things from this initiative.

We're partnering with @StacksStartups & venture partners to form the next chapter of #Bitcoin. We call this effort the Bitcoin Odyssey.

The mission is to promote the next stage of Bitcoin’s evolution with DeFi and DAO. DeFi and DAOs are currently highly underdeveloped on Bitcoin. The focus is mainly on these blockchains:

Bitcoin lags significantly behind in this area. However, it should be noted that this is not its primary business. Bitcoin remains the world’s leading cryptocurrency as a risk-on hedge against inflation and as a medium of exchange, thanks to the Lightning Network. Following the Taproot upgrade, the Bitcoin ecosystem is also ready to welcome new dApps for creating and managing DeFi and DAO protocols.

However, considering that STX has a market capitalization of under $1.5 billion, price fluctuations of this size are not unusual. The token is currently trading at approximately $1.40. Furthermore, trading volume approached new all-time highs for a 24-hour period. Yesterday, approximately $381 million in STX swapped hands, a significant rise over the volume of $18 million from two days ago.

Stacks is a Layer 1 blockchain platform that aims to bridge the gap between Bitcoin and new use cases. Since its beginnings three years ago, the Stacks network has supported over 20 decentralized apps (dApps). Users can use these apps to mint and swap non-fungible tokens (NFTs), join crypto mining pools, send private instant messaging to other users, and so on.

This may sound like any other Layer 1 network, but Stacks adopts a new approach to the technology in order to connect with Bitcoin. For data storage, the Stacks layer is built on Bitcoin’s base layer blockchain. This means that Bitcoin records all of the Stacks network transactions to its own chain. Everything that happens on Stacks is ultimately processed on Bitcoin, and everything is containerized on Bitcoin. 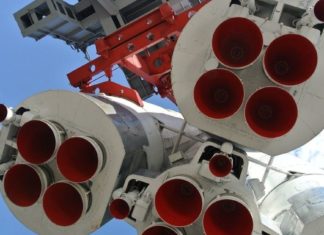 Racheal - December 9, 2020 0
The decentralized finance (DeFi) space has, in recent time, caught the attention of crypto enthusiasts worldwide. In actual fact, 2020 has been dubbed the...