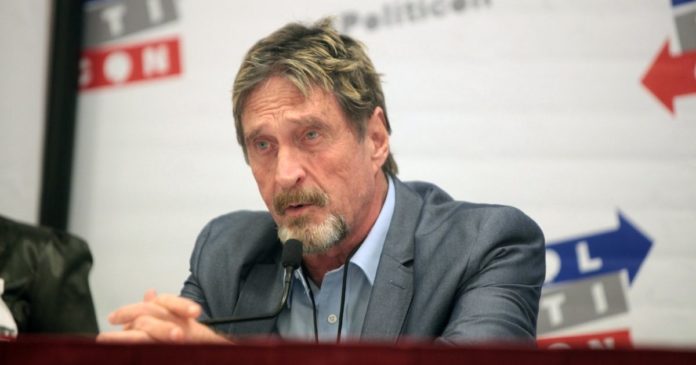 In Manhattan. federal prosecutors have indicted John McAfee and an associate, Jimmy Watson, for fraud and money laundering crimes.

Charges Against the McAfee Team

On the 5th of March, the United States Attorney for the Southern District of New York, Audrey Strauss, as well as the Assistant Director-in-Charge of the New York Field Office of the Federal Bureau of Investigation (FBI), William F. Sweeney Jr., announced the unsealing of the indictment against the two defendants.

The indictment is based on alleged money laundering and fraud offenses carried out by John McAfee and his crypto team (known as the “McAfee team”). The charges include conspiracy to commit securities and touting fraud, conspiracy to commit commodities and securities fraud, wire fraud conspiracy, and substantive wire fraud. There are also money laundering conspiracy offenses due to two schemes “relating to the fraudulent promotion to investors of cryptocurrencies qualifying under federal law as commodities or securities.”

Use of Social Media for Money Laundering Schemes

Manhattan U.S. Attorney Audrey Strauss stated, “As alleged, McAfee and Watson exploited a widely used social media platform and enthusiasm among investors in the emerging cryptocurrency market to make millions through lies and deception. The defendants allegedly used McAfee’s Twitter account to publish messages to hundreds of thousands of his Twitter followers touting various cryptocurrencies through false and misleading statements to conceal their true, self-interested motives.”

“McAfee, Watson, and other members of McAfee’s cryptocurrency team allegedly raked in more than $13 million from investors they victimized with their fraudulent schemes.  Investors should be wary of social media endorsements of investment opportunities,” Audrey Strauss added.

FBI Assistant Director William F. Sweeney Jr. said: “As alleged, McAfee and Watson used social media to perpetrate an age-old pump-and-dump scheme that earned them nearly two million dollars. Additionally, they allegedly used the same social media platform to promote the sale of digital tokens on behalf of ICO issuers without disclosing to investors the compensation they were receiving to tout these securities on behalf of the ICO. When engaging in illegal activity, simply finding new ways to carry out old tricks won’t produce different results. Investment fraud and money laundering schemes carry a strict penalty under federal law.”

Overall, federal authorities say that John McAfee and his team bought cryptocurrencies cheap and then pumped them on social media, causing prices to go up. They then sold their crypto off, making $2 million in profit. Naturally, the cryptocurrencies being pumped then came back down to earth. Authorities also say that the team were paid $11 million to promote various crypto assets on social media, but the team never told the public that they were being paid for their endorsements.

The U.S. Securities and Exchange Commission (SEC) and the Commodity Futures Trading Commission (CFTC) have also filed civil charges against McAfee and Watson, who are both American citizens.

On the 4th of March, Jimmy Gale Watson Jr. was arrested in Texas. He then appeared before a federal magistrate judge in the Northern District of Texas on the 5th of March. John McAfee, on the other hand, is currently being detained in Spain. The United States Department of Justice’s Tax Division charged John McAfee for tax evasion last year.

McAfee has taken to Twitter to make some remarks about the charges facing him. He has tweeted that one of the coins he touted, Dogecoin, is now up 1000% since he recommended it, and he notes that Elon Musk has endorsed the coin too.

He has also tweeted that the SEC allegations against him are overblown. He says, “My team evaluated every promotion based on management, business plans and potential. No one could have foreseen the altcoin market crash.”

My team evaluated every promotion based on management, business plans and potential. No one could have foreseen the altcoin market crash.

We were paid in the same coins that crashed. The SEC allegations are overblown.

Potential Punishments for the McAfee Team

The McAfee team was also charged with two counts of conspiracy to commit wire fraud and two counts of substantive wire fraud. Each of these charges have a maximum potential sentence of 20 years in prison. The charge of conspiracy to commit money laundering carries a maximum potential sentence of ten years in prison. In addition, each charge has the potential of financial penalties. 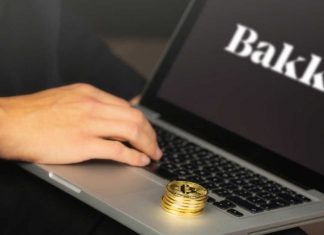 Luc Lammers - August 16, 2019 0
The long-awaited launch of Bakkt, the cryptocurrency exchange subsidiary by the Intercontinental Exchange (ICE), is finally around the corner. The firm announced that the...