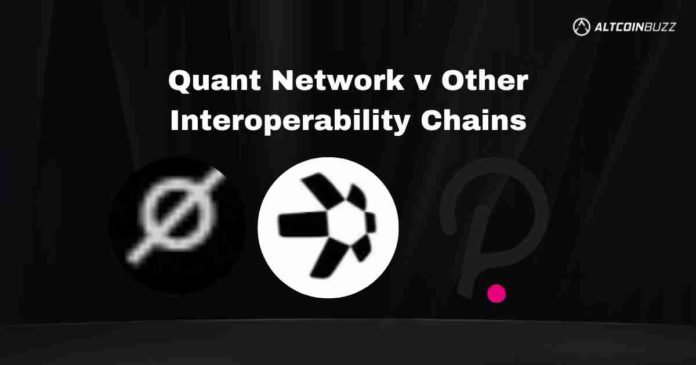 The onset of the bear market has begun in Crypto. In 2022, chances to scoop up gems at a huge discount abound. As a smart investor, you cannot ignore the gems in today’s interoperability sector. One such gem is Quant ($QNT). Today, we go in-depth on how Quant compares with Polkadot ($DOT) and Cosmos ($ATOM).

According to our previous research, Quant is a strong project. They recently expanded their network to Polygon and Polkadot. They’re also helping to create UK’s digital pound. Quant also recently requires developers to pay license fees in $QNT. This improves the token utility and demand.

Quant does not exist as a blockchain network. Rather, it uses an API network (Overledger) which allows one to connect to different blockchains. It also allows users to create multi-chain applications and tokens for any blockchain.

Polkadot exists as a layer zero blockchain. Entire blockchains can be built on the Polkadot Relay chain. Blockchains built on Polkadot could have arbitrary data sent across each other easily. Polkadot is built using the substrate programming language.

Quant aims to interoperate between multiple sectors. These include, but are not limited to:

Polkadot aims to interoperate only Parachains (blockchains built on Polkadot) which connect to their Relay chain.

Similarly, the Cosmos network only aims to interoperate between Zones (blockchains built on Cosmos) that connect to their network.

Comparing the 3 networks above, it is clear Quant could target a larger market in the Crypto space today. This brings us to the next section.

Quant network does not really target the crypto retail investor as its audience. They do not view TVL (Total Value Locked) as an important metric for their success. Rather, they target companies, enterprises, and partners to use Overledger. These include, but are not limited to:

On the contrary, Polkadot and Cosmos are taking a different approach. They’re more interested in getting companies and developers to build their blockchains on their networks instead. In turn, this increases TVL on their own chain. In order to drive that, they have to target the retail crypto investor as well. This will urge them to explore the Parachains and Zones built on their networks.

Developer Support and Building a Blockchain

Another different point about Quant compared to Polkadot and Cosmos is that only the latter are open-source. Quant’s core code is patented and not available to the public. This is understandable as a company needs to protect its secrets to remain competitive. However, Quant’s SDK (Software Development ToolKit) is open-source. This allows for developers to easily build on the Quant network.

However, there is a similar point about all 3 projects. All of them take developer onboarding seriously. Their sites have detailed developer programs, tutorials, and even grants. Although we will not go into detail here, we can be sure all 3 projects know who is the core of their business.

Next, we look at blockchain and application development. This is where the main differences lie for Quant, compared to Polkadot and Cosmos. Quant is more focused on getting developers to build mApps (Multi-chain Decentralized Applications) that connect to the Quant network. We will explain what mApps are in the next section.

On the other hand, both Polkadot and Cosmos encourage developers to build blockchains connected to their networks. For Polkadot, examples of such Parachains include:

Similarly, for Cosmos, examples of such Zones include:

In particular, Parachains cannot freely connect to the Relay chain as and when they want. Aspiring Parachain projects have to go through the Parachain auctions and win a slot, before being allowed to connect to the Relay chain. More information can be found here for more reading. To summarize, Parachain projects have to crowdloan for $DOT tokens. The highest amount of $DOT under bid will take up the next Parachain slot, and so forth. Said $DOT is locked for 96 weeks, and will only be returned to participants after that.

The Quant network allows for deployment of applications known as mApps. To understand mApps, we must start with explaining the dApp (Decentralized Application) concept.

For in-depth reading of what dApps are, you can refer to the link here. In summary, dApps consist of 4 components:

In the case of Polkadot and Cosmos, dApp developers will be looking to build their dApps on Parachains and Zones, instead of the Relay Chain or directly on the Cosmos network.

However, mApps differ slightly from dApps in the following ways:

Inherently, mApps created on the Quant network have greater utility compared to a dApp built on just a single blockchain.

For $DOT, its token does not have a maximum supply. This infers that $DOT in itself is inflationary. The estimated inflation rate of $DOT is estimated at 10% per year.

For Cosmos’ $ATOM token, it does not have a maximum supply either. The estimated inflation rate of $ATOM could range from 7% to 20% per year.

As an acute investor, tokens that are deflationary would tend to be of interest to us, as price moves higher with a lower supply and with deflationary pressures.

The main use case of the $QNT token is for payment to use the Overledger. Gateway operators and developers also pay their license fees using $QNT.

For $DOT, its main utility is for staking to secure the Relay chain. It is also used for participating in the Parachain auctions and crowdloans. For $ATOM, its main utilities are for staking and governance. Note that $ATOM stakers also receive regular airdrops, which you can keep track of using the tools we’ve identified here.

So that summarizes the differences between Quant network and its interoperability counterparts. Although the Quant network inherently operates very differently from Polkadot and Cosmos, one thing is for certain. In the future world of interoperability, there can be more than one winning crypto, since they will all be interoperable anyway. 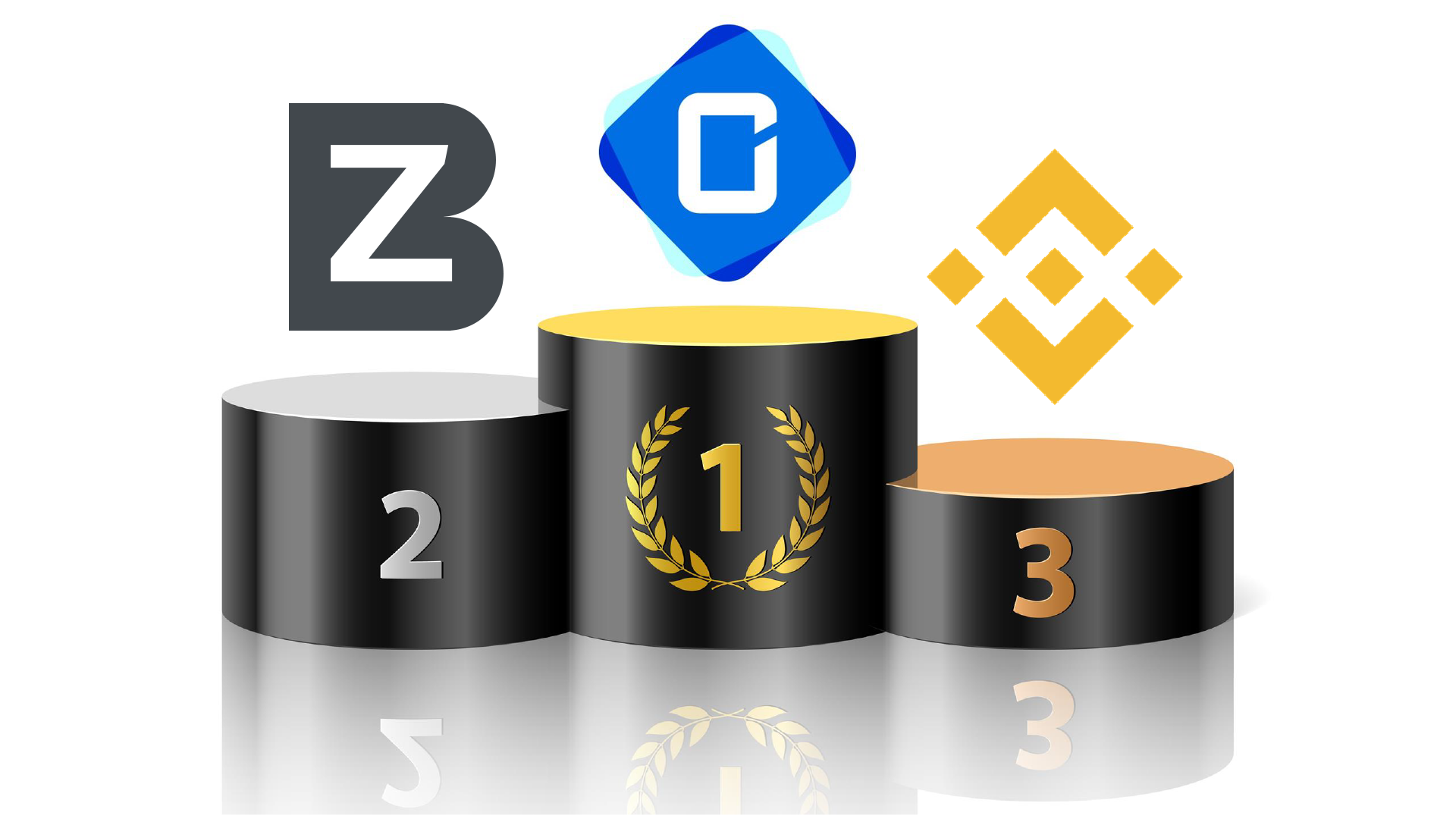 Garrett - June 26, 2018 2
Two Asia-based exchanges have joined Binance and OKex in the race for dominance of crypto trading volume. These two exchanges shot up the ranks...