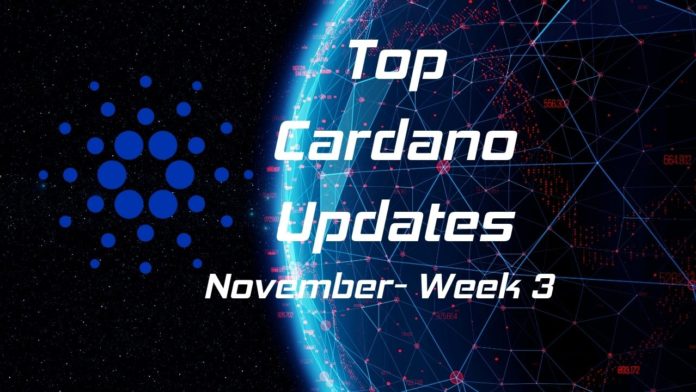 There have been some exciting developments in the Cardano ecosystem recently. To keep readers informed, Altcoin Buzz looks at essential Cardano updates from the third week of November.

During the past week, Cardano’s Typhon Wallet announces a new wallet version. Also, Cardano is on a good run amidst the proposed upgrade. Let’s take an in-depth look at these Cardano updates.

The first Cardano updates come from Typhon Wallet, a Cardano wallet, releasing the mainnet version of the wallet.

After more than 2 months in testnet, going through deep testing, improvements, we are finally very excited to announce the mainnet version of Typhon Wallet.

Your Gateway To Cardano

Typhon wallet was created by Strica. Also, the wallet has a web extension wallet. Both types offer all available features such as:

During the past week, Cardano’s blockchain had a good run. According to Messari, an on-chain data company Cardano carried out over USD 18 billion worth of transactions.
Besides, the report was based on blockchains with the most transaction activities within a 24-hour timeframe.

3 – Cardano Ranks Among Highest Searched Cryptocurrencies in the United States

A recent report from Nasdaq revealed the highest searched cryptocurrencies in the United States in 2021.

Topping the chart was Dogecoin, with an average of 7 million monthly searches on Google. Followed by the usual suspects, Bitcoin and Ethereum, with a monthly average of 4.7 million and 1.8 million searches, respectively.

However, Cardano averaged 704,000 monthly searches, behind Shiba Inu with 870,000 average monthly searches. Finally, this points to the fact that the Cardano ecosystem has an impressive real value proposition and long-term solid potentials.

As of the time of publication, the price of $ADA is $1.82 with a 24-hour trading volume of USD 12. billion and a marketcap of USD 58 billion. Also, the $ADA price dropped by 3.7% over the last 24 hours. Besides, it has a circulating supply of 32 Billion and a total supply of 45 Billion tokens. 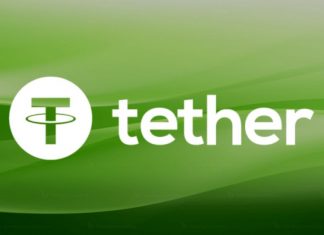 Racheal - March 22, 2020 0
The world's largest stablecoin by market value Tether USDT has launched on the Bitcoin Cash (BCH) network. While the entire crypto space is experiencing...

Bakkt is 48 Hours Away. McAfee Has Already Commented