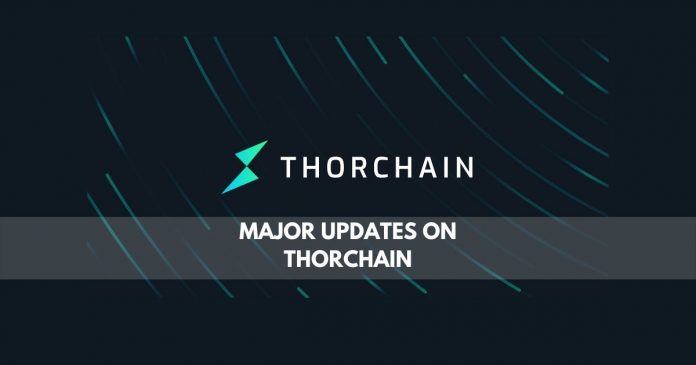 The popular decentralized network known for facilitating cross-chain liquidity pools, Thorchain has released details of updates on its network in the last one month.

Thorchain disclosed that its update release was spurred by demand from its community members. The team is currently putting finishing touches to the Node Churning Process. Following the launch of Testnet 4 on July 15, 2020 operators are currently invited to carry out churning on the testnet.

The importance of the Node Churning Process to the entire Thorchain network cannot be overemphasized. Simply put, it involves the continual removal and addition of nodes. Subsequently ensuring nodes are up to date while preventing any form of stagnation or manipulation of the network. According to the official announcement by the Thorchain team, each node operator will receive $500 every month for participating.

Several tech milestones were achieved over the last one month on Thorchain. They include:

The much-anticipated Thorchain Economic analysis audit was finally published by Gauntlet. The report showed that 1M RUNE is adequate enough to start the network. The inbuilt Incentive Pendulum operated as expected. And the entire system was able to operate normally even when under various stress tests.

The team have previously carried out two other audits, making this audit by Gauntlet a total of three completed economic reviews. The first two audits were carried out by Certik and Kudelski respectively.

The TSS (Threshold Signature Scheme) review by Kudelski has been published for review. Notably, TSS is one of Thorchain’s essential features as it enables “nodes to anonymously participate in the signing of transactions”. Even though nodes are allowed to take part in transaction signing, none of the nodes has access to the whole private key. This important security measure is facilitated by TSS.

To boost community members participation, Thorchain carried out a content bounty program. To participate users were asked to create original, attractive and thought-provoking ideas about Thorchain. 3,000 RUNE was set aside as the bounty prize. The first three winners each received 500 RUNE.

Since Thorchain is yet to go live on the mainnet, its most reliable metric is the Runevault staking activity. It currently distributes 1 million RUNE amongst its holders every week. This is about 0.6% weekly interest rates for all its holders. The graph below shows the total amount of RUNE staked throughout 2020. 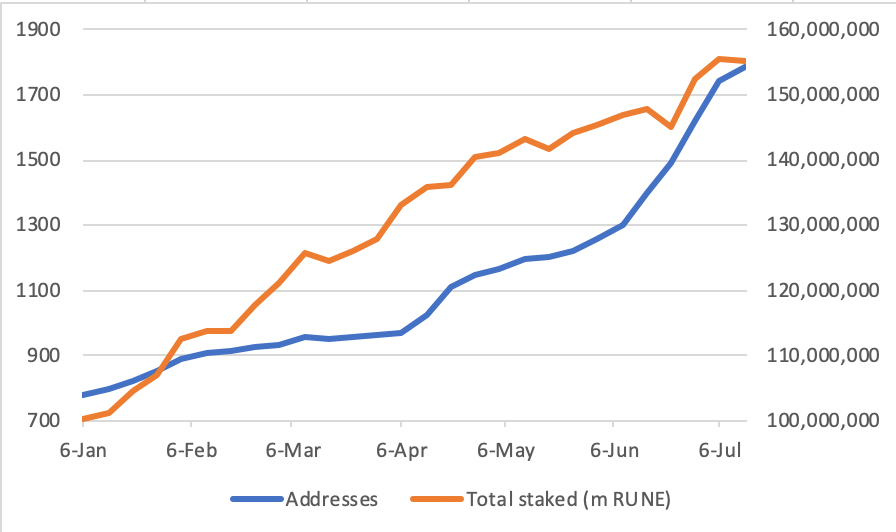 In its treasury update, the team disclosed $1.9 million worth of liquid assets and $6.2 million in RUNE. Subsequently making 70% of its payment in USDT and 30% in RUNE.

Following the original roadmap, the plan is to release 20% RUNE every 3 months following its mainnet launch. Thus, totalling about 10M and 5.2M RUNE respectively every 3 months. In June, Thorchain experienced price gains of about 500% spiralling from 0.10c to its ATH of 0.54c. However, in July it recorded about 20% drop in price. 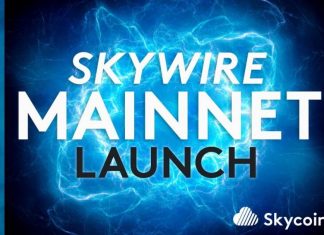 David Abel - April 28, 2020 0
Skycoin has capped almost two years of developmental work by finally launching its Skywire Mainnet. Skycoin made the announcement via a recent tweet on its...