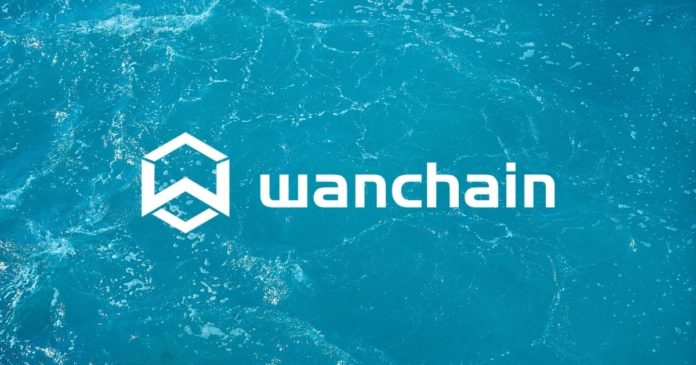 In a recent post on Reddit, Ethereum (ETH) co-founder Vitalik Buterin published his concerns regarding the security of cross-chain applications. His concerns stem from an alleged fundamental security limitation inherent to cross-chain bridges. Security is undoubtedly one of the most important factors blockchain platforms and decentralised applications must consider. In this article, the Wanchain R&D team, builders of the world’s premier decentralised blockchain interoperability solution, analyse Mr. Buterin’s claims and present their thoughts on cross-chain security.

Dissecting Vitalik’s argument: “blockchains maintain many of their guarantees even after a 51% attack”?

Vitalik’s argument centers around the impact of a 51% attack. He claims that, while blockchains “maintain many of their guarantees even after a 51% attack,” cross-chain bridges open the possibility for the attacker to steal funds by moving tokens onto another chain. To understand this reasoning, it is helpful to first describe a 51% attack.

Central to Mr. Buterin’s argument is the fact that a 51% attack is not able to alter user transactions and cannot revert blocks finalized before the attack. In other words, the guarantee of the immutability of the blockchain is up to the block where the 51% attack took place. This is all true. However, the word “many” is doing some heavy lifting in Mr. Buterin’s argument, as blocks, transactions, and assets sent after the commencement of the 51% attack are not guaranteed.

[Editor’s Note: For those concerned about 51% attacks, this helps make a good argument for interoperability chains generally. Cosmos with their IBC and especially Polkadot with its relay chain provide an added layer of security while keeping all the transactions within one ecosystem.]

We show you this scenario in Figure 1, below.

The Impact of a 51% Attack on A Blockchain

Let’s dissect the impact of a 51% attack using Figure 1: 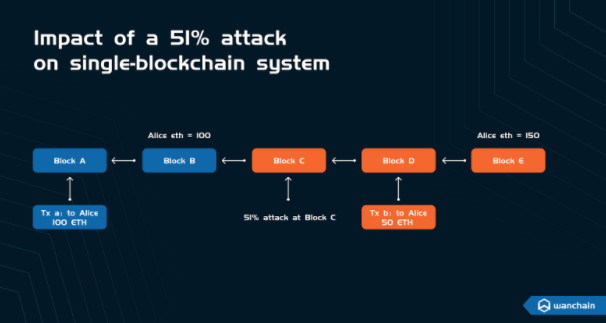 Since the 51% attack occurred at Block C, Alice’s balance of 150 ETH is not guaranteed. The attacker has the ability to rollback Block D and can therefore revert the transaction Tx_b.

This means that in the case of a 51% attack, a blockchain will be unable to maintain some of its guarantees, and a loss of funds can occur if the transactions occur after the attacker compromises the blockchain.

[Editor’s Note: As Redditor u/georgesdib said when commenting on this thread from Vitalik, ‘the likelihood of Bitcoin or Ethereum getting a 51% attack are very slim.’ And let’s face it, while Wanchain and many others offer bridges to many chains, most users are trying to bridge away from ETH and its high gas fees.]

How a 51% attack impacts a cross-chain system

Mr. Buterin posits that a 51% attack in a cross-chain system would be more severe than in a single-blockchain system. In his own words:

“Now, imagine what happens if you move 100 ETH onto a bridge on Solana to get 100 Solana-WETH, and then Ethereum gets 51% attacked. The attacker deposited a bunch of their own ETH into Solana-WETH and then reverted that transaction on the Ethereum side as soon as the Solana side confirmed it. The Solana-WETH contract is now no longer fully backed, and perhaps your 100 Solana-WETH is now only worth 60 ETH.” 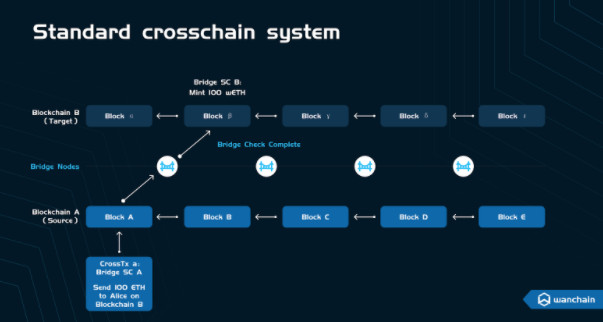 [Editor’s Note: You may need to read through these examples more than once. Bridges do lots of background work that we are not necessarily aware of. But knowing how they operate can help you choose a good, secure option to bridge your assets.]

Scenario 1: A cross-chain transaction occurs before the 51% attack 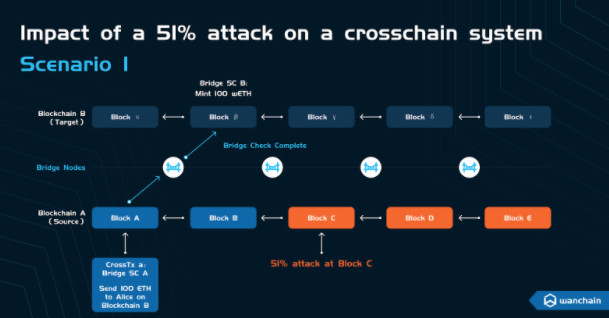 Scenario 2: A cross-chain transaction occurs after the 51% attack 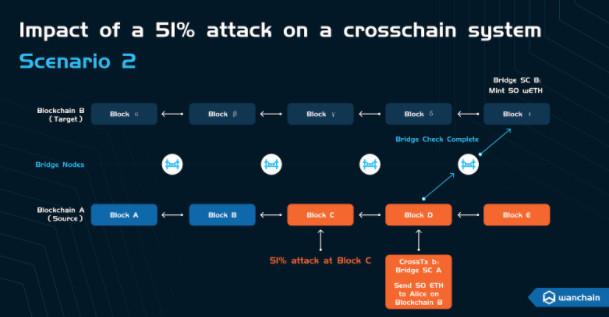 When Blockchain A (source) rolls back to Block B, prior to the 51% attack, it is again in a healthy state. And what happens if the minted asset (wETH) on Blockchain B (target) has already been spent and cannot be recovered? The Bridge Nodes trigger a compensation process using the staked collateral (the Bridge Capacity).

Rather than point out a fundamental security limitation inherent to cross-chain bridges themselves, Mr. Buterin highlighted the vital importance of having overcollateralized cross-chain bridges. Cross-chain bridges must require Bridge Nodes to deposit collateral as it is precisely this collateral that secures cross-chain transactions. This ensures that the impact of 51% attacks is not any more serious than if they occur in a single-blockchain system. 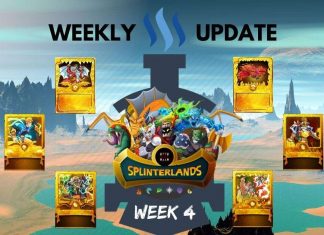 Ezekiel Ng - January 29, 2020 0
All aboard the Steem train as we bring in updates from Splinterlands. Splinterlands continues to amaze. More than 11 million games were played with cards...