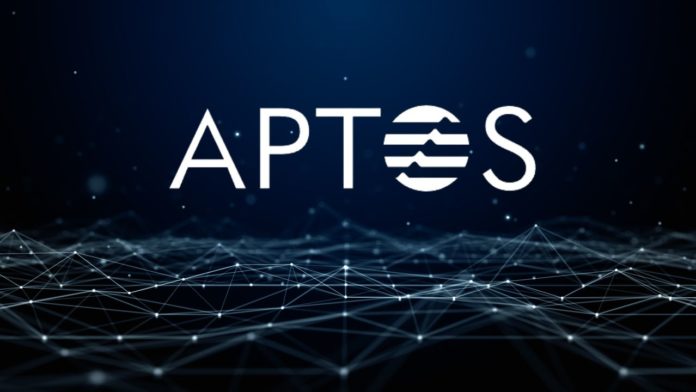 So far, 2022 has not been the best year for crypto. Indeed, recent events in the space have left retail investors spurned. From events such as the collapse of $LUNA-$UST to Solana’s wallets getting hacked, retail investors have been losing money in more ways than one.

Yet, privy investors are recognizing a problem here. Today, Layer 1 (L1) projects are not secure or scalable enough for widespread adoption. By seeing this, these privy investors, like yourself, go on the hunt for the next better L1 project. One such project is APTOS, which we will talk about today.

Retail investors, like you and me, are not the only ones trying to find the next L1 gem. Venture capitalists (VCs) are doing so too. In fact, APTOS has raised a total of $350 million from notable VCs like FTX and a16z. So, what makes this project so unique compared to today’s L1s?

First, let’s go through its history. APTOS is a brand new Proof-Of-Stake L1 blockchain. Its founders are Ex-Facebook (or Meta) employees. Previously, they were tasked to build the Diem blockchain for Meta. This came to an end when regulators voiced opposition to Meta’s planned stablecoin issuance.

Now, its developers have stepped out to build APTOS, based on Diem’s technology. In doing so, they founded Aptos Labs and set out to achieve their vision without Meta’s help.

Now, let’s look at the project and its vision. APTOS was born on February 24th, 2022. In their first medium post, the team states their vision clearly. They hope to build their project:

Indeed, Aptos Labs has the correct mindset and technical know-how to bring APTOS to market. It is assuring that they’re starting off on the right foot.

Apart from its history, the project also has some impressive features. Let’s dive into these below.

Indeed, the above features make APTOS a strong L1 for smart contracts to deploy on.

Secondly, it has a special feature known as parallel execution. With this, APTOS can run multiple chains at the same time. In comparison, today’s blockchains, such as Bitcoin or Ethereum, use serial execution. Simply put, they can only process the next transaction once the previous one has been verified.

However, with AptosBFT V4 and parallel execution, APTOS can achieve high throughput. Below is a comparison of time-to-finality (TTF) and transactions-per-second (TPS),  other L1 projects.

In comparison to Solidity, Move has better features and more tools for developers to build their smart contracts.

As a crypto investor, it is important to research a project’s team members. For Aptos Labs, their 15 members are all fully doxxed with clear LinkedIn profiles. You can check the team out in their first medium post. Here, we highlight the 2 founder’s experiences below:

Moreover, an in-depth look at the team does indeed reflect technical competence. However, we do have to note that the founder of APTOS is in a legal dispute over the equity of Aptos Labs. So, that is an issue that we have to keep an eye out for.

As with any L1 project, competition to sell blockspace is hot. Some notable competitors for APTOS include:

Indeed, there is a long road ahead for APTOS to stand out above its competition.

Sad to say, our review of APTOS is not complete. This is because Aptos Labs have not released tokenomics for their $APTOS token. Also, we do not have confirmed details of applications building on APTOS. However, teams are indicating their interest in the Twitter thread below.

The Aptos community is growing stronger by the day! 🌊

The pace of innovation is incredible.

To conclude, it is hard to deny APTOS’ promise as an L1. However, there are still many missing pieces for this puzzle, as to whether this will be a gem.

Moving forward, I’ll be keeping an eye out for the project’s ecosystem growth and tokenomics. I’ll also be looking at their roadmap and whether the team can deliver on its promises. As of now, they’re slated to release its mainnet on Q3-2022.

Only with the above, then can we determine if this is a solid investment or not. 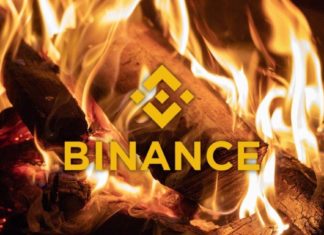 Martin Bilušić - December 24, 2021 0
Binance, the world's largest crypto exchange, has announced that it is going to replace its current quarterly burn mechanism with a new Binance Coin...

Huobi is Listing Lambda, the Winner of Huobi Next