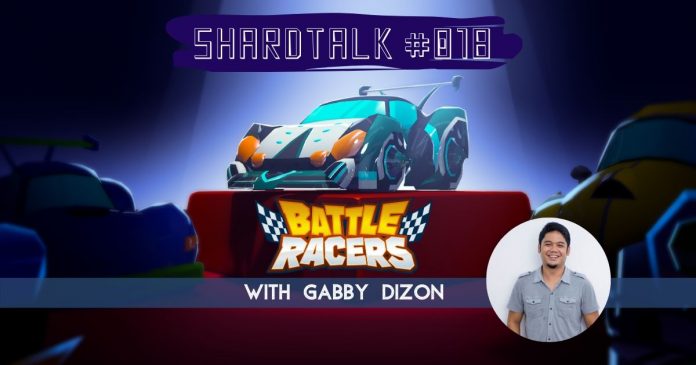 ShardTalk is the gaming interview segment that connects our readers to people who are shaping the blockchain gaming space.

In this interview session, we have Gabby Dizon, CEO of Altitude Games, to share with us more about BattleRacers.

Game: BattleRacers
Genre: action, arcade racing game
Quick Info: Gabby is a Manila-based mobile and blockchain game developer. He helped pioneer the Philippine’s game industry as part of the team that released the first Filipino-made game in 2003. Gabby is a founding board member of the Blockchain Game Alliance and former president of the Game Developers Association of the Philippines. 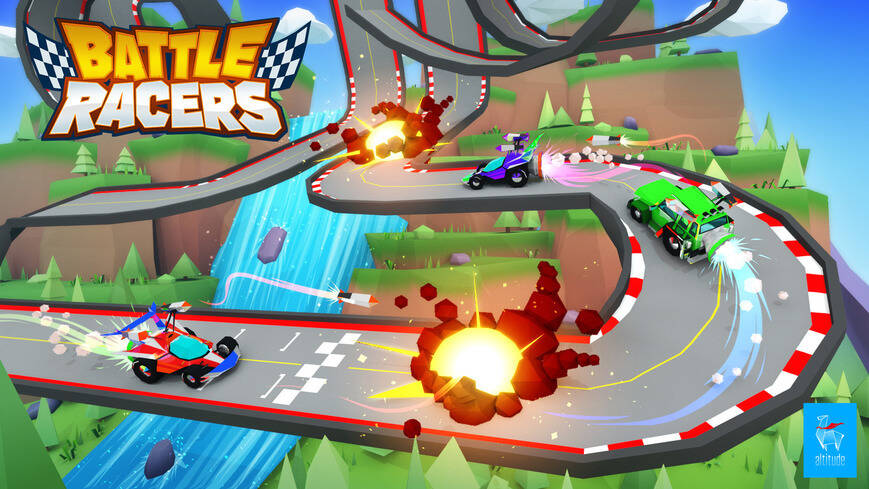 Q: Thanks for granting us some time to do an interview. Could you tell us what Altitude Games is about?

Gabby: Altitude Games is a five-year-old game development studio mostly based in Manila, founded by veterans of the Southeast Asian game industry. The dream was to create our own IP and build games that we wanted to play. Fast forward to today, we are now making Battle Racers, our very first blockchain game.

Q: What made Altitude Games look into blockchain and what served as a trigger for the development of Battle Racers?

Gabby: We started looking into blockchain when we first heard about Ethereum and smart contracts. We were already deep into our blockchain research when CryptoKitties became a hit out of nowhere in November 2017. Non-fungible tokens seemed like a perfect fit for games, and that’s when we decided to fully pursue blockchain gaming. We made several prototypes of what a good blockchain game could be, and Battle Racers is the result of that research.

Q: How has the Matic network helped in the development of Battle Racers?

Gabby: Tech-wise, their sidechain provides fast, gas-free transactions. It also helps us make sure that Battle Racers will be compatible with the upcoming Decentraland Marketplace, which is being built on Matic. On the marketing side, Matic has a supportive community, and they have been really helpful and super dedicated to growing our player base.

Q: Season 1 of Battle Racers has launched. Congrats on that! Can you share with us more about the crate sales and what we can expect from them?

Gabby: We will be selling ERC20 crates, containing car parts belonging exclusively to Season 1, which means they won’t be sold or dropped after the sale ends. We have over 50 new car models, with some hidden special sets such as the Binance SafuBolt, and the Vista Cartel. There are four crate types with a limited number of crates sold each, and they also have different drop rates of each rarity. If you’re aiming for a specific car, you should check which crate type would have the highest chance of dropping that item. We have a $1000 reward for the first one to complete the full set of the SafuBolt. Better buy as fast as possible. Once the parts are in your inventory, you can already start using them to build cars you can race within our playable Early Access.

Q: Do you have any bounty or referral programs?

Gabby: Yes we do. We have an ongoing bounty campaign until December 20th calling for community-created content such as gameplay videos, artwork, crate opening live streams and more. We’ll reward the best ones with a grand total of 10 ETH worth of prizes. In addition to the bounty campaign, you can connect your Ethereum address to our website to get a unique referral link to share the news about the sale. If anyone uses your link to purchase crates directly using ETH, you’ll receive a 10% back straight into your account.

Q: Currently, Battle Racers has teamed up with Matic Network, Decentraland, CryptoKitties, DappRadar, and My Crypto Heroes. Are you looking to expand that list?

Gabby: Of course. Ultimately our goal is to bring mass blockchain adoption to the mainstream gaming audience, so we’re always open to collaborations. 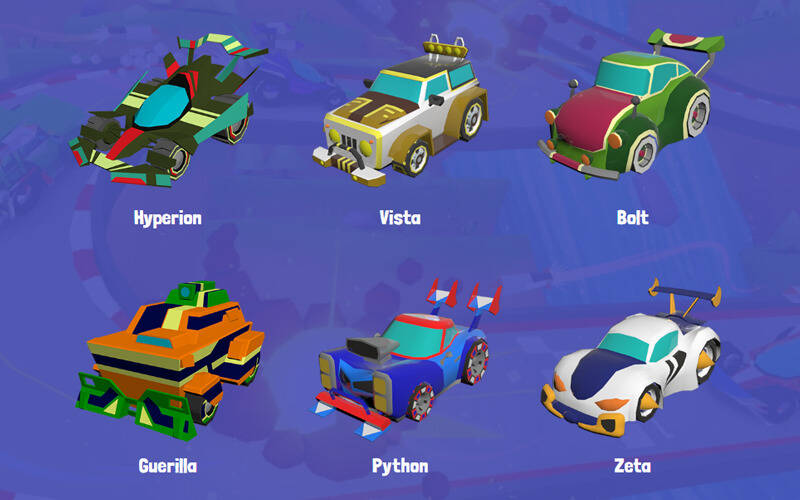 Q: What can we expect from the Decentraland launch in the future?

Gabby: After they are fully launched and open to the public, we will bring exciting features exclusively built for the Decentrand version. We aim to have other landowners host their own custom tracks with different rule sets and the option to run their own tournaments. Moreover, with the launch of the Decentraland Marketplace, we will support the trading of our car parts directly with MANA – all thanks to our mutual technology partner Matic.

Q: What are some of your favorite drops from this crate sale?

Gabby: Guerilla Cyber, most definitely. Still wondering how Elon Musk would react to it when he sees it.

Gabby: We look forward to seeing what parts you find from your crates. Come be a part of our community by joining our official Discord server. 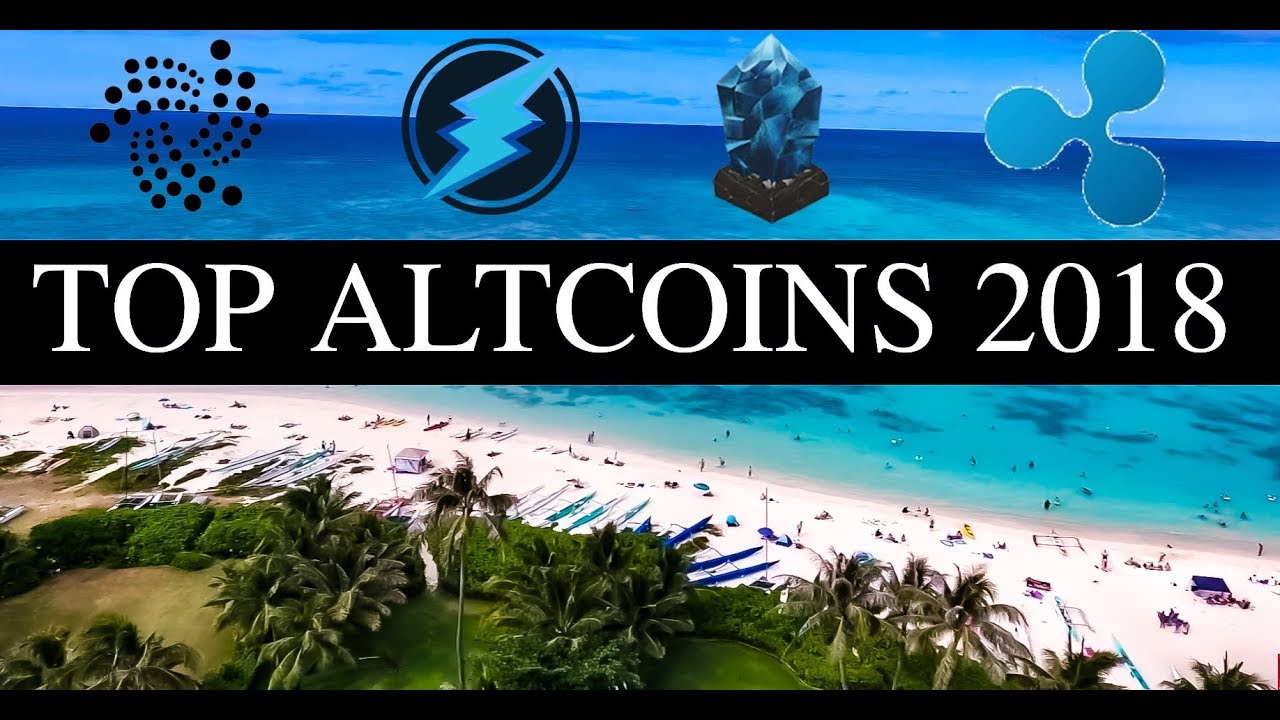 altcoinbuzz - September 28, 2017 0
Here is our list of the top four altcoin cryptocurrency in 2018 "Always buy the dips not the highs" Jeff Lisk, IOTA, Ripple and Electroneum. This is...