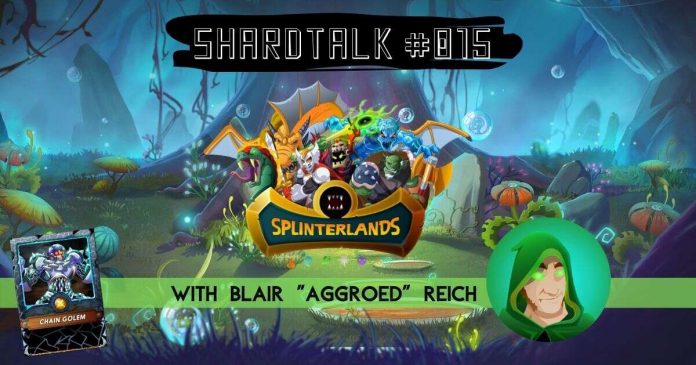 We are honored to have CEO of one of the highest-ranked Dapp to grant us a more personal interview. Without further ado, let me introduce Aggroed, CEO of Splinterlands, to speak with us today.

Ezekiel: Hey Aggroed, thank you for taking time out of your schedule to introduce our readers to your game Splinterlands!

Agg: It’s a pleasure to be here and thanks for this opportunity. You guys seem to have a great audience over here!

Ezekiel: Can you tell us more about Splinterlands? What kind of game is it?

Agg: Splinterlands is a blockchain trading card game. Physical games are frustrating because who do you play at 2 am and trying to determine the fair market value of cards is a challenge. Digital games solve the 2am problem, but you generally don’t actually own your cards and there’s no secondary market for them. Blockchain games solve these problems by giving you a global audience to play against and a secondary market to trade.

Ezekiel: Would you like to share with us more about your background and how you got started?

Agg: I’ve been in software sales and marketing for the last 10 years for educational software companies. I have also been a gamer since a kid and made a Kickstarter game back in 2014. After that first game, I started making a second, but I didn’t want to print it. My partner Matt is a developer who has wanted to make games since he was a kid. He’s been designing games and in particular mobile games going on 20 years. We were working on a different project and he told me he wanted to make a game, and I shared I had one mostly designed. That discussion was in April and we launched the game in May.

Ezekiel: Wow, that’s really quick! How were you able to get a game out so quickly?

Agg: Well, in truth it wasn’t fully functional. You had the ability to buy cards and open packs. Once you had the cards you could combine them to level them up, which is a unique aspect to our game. I call our game economics hyper deflationary because of it. Anyway, we built Splinterlands on Steem, which surprises a lot of people, but it has a lot of advantages. Other than our supportive community sharing posts about us all the time, Steem also has a blockchain that’s really easy to develop on. The game relies on posting custom JSON to the chain, which is like a little post-it note on the blockchain. Our game server reads the note and enacts the code. That’s very similar to normal game development and web development and made it really easy to launch. We didn’t need custom smart contracts or our own custom side chain. We just put up a simple website and hit go!

Ezekiel: How has Splinterlands been doing?

Agg: Well, we’ve played more than 11 million games, the cards are worth over $4M dollars. The players have traded more than a million dollars worth of cards to each other on the secondary market. We’ve given out over $70,000 in crypto prizes through tournaments. We’ve sold out of the alpha and beta card editions. We just completed a crowdfund on November 7th that raised $305,000 for our next series called UNTAMED. Generally speaking, we’re one of the highest Dapps on stateofthedapps.com. So, I feel like things are going great and only going to get better!

Ezekiel: 11M games is a massive number at the current state of blockchain gaming. Even at 100k games played is respectable enough. How did you manage to achieve this?

Agg: Well, again, the Steem blockchain has a lot to do with it. Steem has a lot of engaged users on it even now while we’re deep inside a 2 year-long bear market. Those users are using sites like steempeak.com and steemit.com to generate social media, and we can use the Steem Power that we have to reward people for talking about our game. The combo of a game and social media platform sharing some of the same economics has really helped us. We’ve had more than 3500 unique accounts interacting with us in a single day. That’s small for gaming but massive for crypto games!

Ezekiel: What’s next for you guys?

Agg: Well, we have a number of partnership announcements in the works. But the biggest announcement is from the tech side. We have our mobile app coming out about a month from now. All the growth we’ve had is without a mobile app, which is like doing this one-handed. We just launched free to play accounts and a month from now we go mobile. You can find a sneak peek of what that looks like here.

Ezekiel: That looks amazing! Can’t wait to see more to come! Anything else you will like to share with our readers?

Agg: We really see ourselves becoming the first mainstream blockchain Esport. We’re well on our way to that, but at the same time, it’s still really early. Anyone reading this found out about the game before our mobile app even hit. So, consider yourselves early birds! There are some great opportunities here like you can own and RENT your cards!!! How cool is that?!? Anyway, there’s a lot of great development happening from both the marketing and product team and we hope your readers come check us out!

Ezekiel: Sounds great! We’re looking forward to sharing more about Splinterlands as it moves along! Do check out Splinterlands and try it for yourself. They have many freeroll tournaments each week as well as many amazing cards to collect.

Check out other game interviews we have done 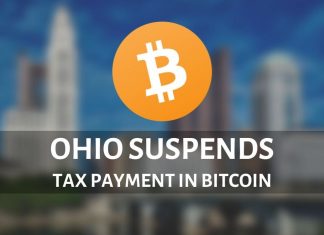 Racheal - October 3, 2019 1
Ohio, the first-ever US state to start receiving tax in bitcoin, has announced the cancellation of this service. This is according to a press release...

Gods Unchained Card Sold for a Fortune to Be Spent on...