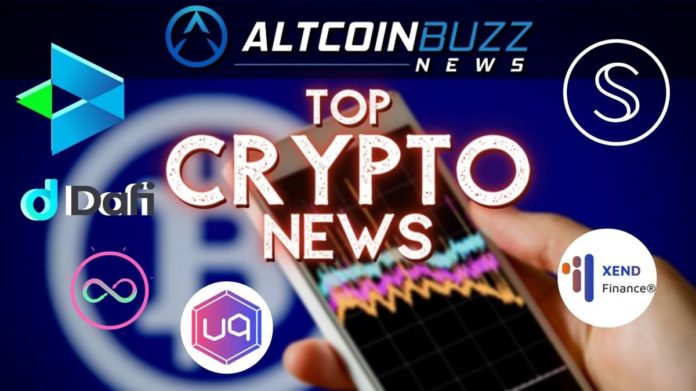 The crypto market witnessed an unbelievable correction today. However, on the positive side, some noteworthy partnerships were fostered. At the time of publication, Bitcoin, the king of crypto, is trading close to $39k. The entire market is in a state of complete fear as the 24-hour low of $30k was recorded.

Let us look at some positive crypto news to take a break from the mayhem:

Paralink Network declared its partnership with Xend Finance in which it will integrate its multi-chain oracles solution into Xend Finance. This would solve the data issue, as real-time data feeds would be provided to users of both the platforms. This will make Xend Finance more accurate, secure, and efficient.

The users will also benefit from its on-chain consensus algorithm which runs on the Polkadot substrate. Xend Finance is a project which aids individuals and cooperatives to earn higher interest levels on their savings by staking. Paralink Network, on the other hand, aims to revolutionize the DeFi space through their solutions.

Delta Exchange introduced its DETO staking program on May 16 through Robo Trading. This staking strategy enables the user to earn a risk-free APY of 100%. Some of the other exciting features of the staking program are:

(A) 24-hour payouts – i.e., the user earns a DETO APY daily. (B) No lockups – which means the DETO that was contributed can be withdrawn at any time. As of now, TVL is of $4,719,139 and growing. Around 90% APY can be earned on DETO liquidity mining by simply depositing USDT in the “Large Cap AMM” Pool. The total subscribers of this strategy as of now is 389.

Uniqly has collaborated with e-Money in order to gain access to their stablecoins like eCHF, eSEK, eEUR, and eNOK. This strategic partnership will help Uniqly to accelerate its adoption of NFTs in Europe. In addition to this, users of both platforms would also gain awareness of the other platform’s communities and projects. Uniqly provides a first-of-its-kind ecosystem where physical goods are tokenized, which can then be traded. e-Money, on the other hand, issues interest-bearing stablecoins.

4 – SecretSwap v2 Is Live on Mainnet

Secret Network declared the launch of SecretSwap v2, which has new features, new looks, and comes with improvements in its stability too. With over $100 million in Ethereum assets and over $50 million in liquidity, SecretSwap has become one of the most used DEXes apart from Binance Smart Chain or Ethereum. Moreover, SecretSwap is an innovative product, which is able to introduce security improvements in the DeFi world by leveraging Secret Network’s technologies.

5 – KALLY to Be Listed on Uniswap!

Earlier, Polkally had a dual IDO on Poolz and Zeedo. Also, Polkally has partnered with ZeroSwap wherein if users’ stake $ZEE and have participated in Polkally’s IDO, which took place on ZeeDO, then a share of 200,000 KALLY tokens will be airdropped to their POP address. Polkally is an auction platform which was launched three months back with an aim to build the most user-friendly marketplace there is.

Our last bit of crypto news for today finds DAFI Protocol strategically partnering with Seascape, a gaming platform. Seascape will utilize DAFI’s rewards model to light up NFT actions. The model’s aim is to integrate dTokens in order to create new “Super Staking” reward mechanisms which work on the concept of demand and supply.

This staking distribution model will put an end to hyperinflation. Seascape will also be using its dCWS token for fulfilling the ecosystem requirements. This will incentivize gamers. This partnership will attract more users and gamers to the DeFi space, thus widening the DeFi ecosystem. 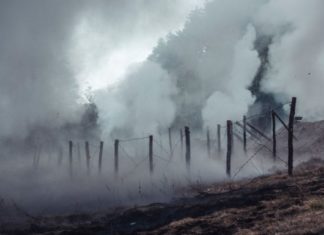 Lawrence Mike Woriji - April 6, 2022 0
Terraform Labs CEO Do Kwon shared a series of tweets that raised questions amongst his followers. Kwon announced the formation of a new stablecoin...

Who are the Bitcoin Billionaires?