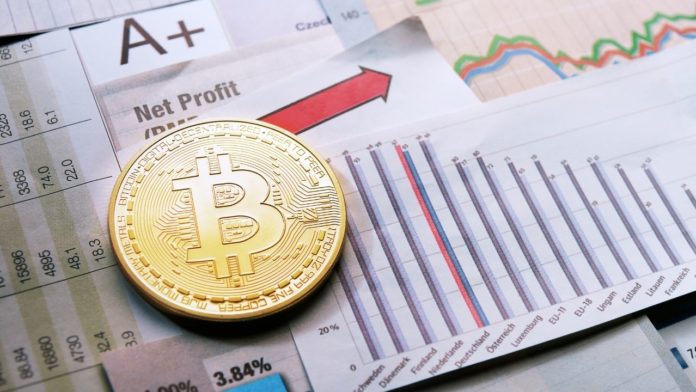 November has begun on a high note for the crypto space as the Commonwealth Bank of Australia (CBA) announced its decision to allow customers to trade cryptocurrencies directly through its app.

According to the annoucement, the new development will make the Commonwealth Bank of Australia the first bank in the country to embrace digital assets. Therefore, Australia’s largest bank will now allow customers to buy, sell, and hold cryptocurrencies.

We’re becoming the first Australian bank to offer the ability to buy, sell and hold crypto assets directly in the CommBank app. pic.twitter.com/OzX1qtvu9B

The CBA disclosed that they decided to adopt cryptocurrencies due to high demand from their customers. Also, the bank explained that results from its research showed its customers wanted access to digital assets as an investment class.

Therefore, to roll out the new feature, the CBA has tapped top crypto exchanges Gemini and blockchain analysis firm, Chainalysis. According to the announcement, both firms aided the CBA in designing a crypto exchange and custody service to provide customers access to crypto.

Moreover, the launch of this crypto service is scheduled for 2022. The CBA noted that customers would have access to about ten crypto assets, including Bitcoin, Ethereum, Bitcoin Cash, and Litecoin. Hence, the Commonwealth Bank of Australia has over 6.5 million users, which will trade crypto assets within the app.

Matt Comyn, CEO of the Commonwealth Bank of Australia, said: “The emergence and growing demand for digital currencies from customers create both challenges and opportunities for the financial services sector, which has seen a significant number of new players and business models innovating in this area.”

Also, Comyn further disclosed a collaboration with Gemini to form an exclusive partnership in Australia to benefit customers. He said, “CBA will leverage Gemini’s crypto exchange and custody service and integrate it into the CommBank app through APIs.”

Financial institutions like @CommBank play an integral role in growing #crypto adoption safely. We are thrilled to be a part of this alliance with CBA and @Gemini to play a pioneering role in building trust in cryptocurrencies in the Australian market https://t.co/dOapBpIZqw

Similarly, Michael Gronager, co-founder and CEO of Chainalysis, and Dave Abner, Gemini’s Global Head of Business Development, lauded the partnership. He said: “We are proud to be providing exchange and custody services to CBA as they begin to unlock access to cryptocurrency investments for many Australians.”

Also, Gronager said: “The exponential growth of digital assets internationally, coupled with Gemini’s institutional-grade security and proactive regulatory approach, positions this partnership to set a new standard for banks and financial platforms in Australia and across the globe.”

The crypto space has reacted positively to news of Commonwealth Bank adding support for digital currencies. Many experts have opinionated that the addition will favor the crypto space in Australia.

Several analysts have suggested that the CBA move will compel other banks in Australia to also look into crypto assets. Recall, in September, some banks in the country had refused to do business with cryptocurrency providers.

However, the CBA move will propel them to consider adding support for digital assets not to be left behind. Through his Twitter handle, Richard Galvin, CEO of Digital Asset Capital Management, praised the bank decision.

So you'll soon be able to buy and sell crypto on a CBA app, the bank says

On the other hand, the famous cricketer, Damien Martyn, tweeted: “Commonwealth Bank moves into cryptocurrencies-You still have time for the future. The first bank in, and the rest will come.”

In addition, Nhial Majok was full of excitement as he noted, “Wow, things may have moved past “they fight you stage” to them joining the party. Australia’s Biggest Bank @CommBank joining the #cryptocurrency party. CBA crypto move will ‘shake up the industry.”

Notably, not all were excited about the CBA decision as Adrian Przelozny, co-founder and CEO of Independent Reserve, expressed his displeasure over the bank’s partnership choice. He advocated that indigenous blockchain firms should have been hired.