As the CEO of two companies: Twitter and Square, Jack Dorsey is one of the most public of public figures in business. He’s also one of the most important CEOs in the cryptoeconomy. No platform is more important to the crypto industry than Twitter. And few, if any, platforms are doing as much to try to make conversions from USD to Bitcoin easier than Square with their Cash App.

But today, things change as Dorsey steps down from Twitter to hand over the reins to CTO Parag Agrawal. Here is the resignation letter on Twitter.

not sure anyone has heard but,

Can A Man Serve 2 Masters?

A couple of Twitter’s large institutional investors have been in conflict about Dorsey’s running 2 companies at the same time. They believed Twitter was getting the short end of Jack’s attention compared to Square.

Many don’t remember but Dorsey was a co-founder of Twitter and left. He then returned to run the company and bring them back to profitability in 2015. Dorsey stays on as CEO of Square.

Does this halt Crypto Advances at the Company?

Many of us have been following Twitter’s actions recently and not just because we like following our favorite projects on CryptoTwitter. In fact, Twitter has been going farther down the crypto rabbit hole.

In September, Twitter released the tipping feature ‘Tips’. And Tips include crypto and linking Cash App accounts or Strike from Lightning for micropayments.

In November, Twitter announced it is hiring a dedicated Crypto only team. The head of that team is Tess Rinearson. She will lead the team to build out

As of now, none of that is changing. In fact, we think it’s no coincidence that all these initiatives began BEFORE Jack left the company. These programs may not have ever started if Dorsey didn’t start them himself.

Twitter will continue to be the most crypto-friendly large tech bellwether company.

One last point to note is that in mid-2022 when Dorsey’s board seat comes up for a vote he is not going to renew. He says in his resignation letter that Agrawal ‘needs his space’ to be able to be the company leader. Dorsey fears his presence will make his opinion and decisions the fallback and undermine Agrawal’s authority. Agrawal was the unanimous choice to replace Dorsey as CEO.

We will certainly be watching to see if any crypto-related emphasis changes under their new leadership. 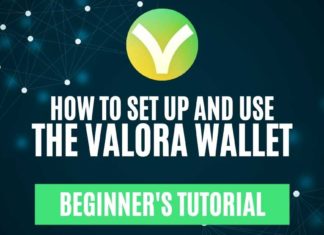 How to Install And Setup the Valora Wallet

Ruma - March 18, 2022 0
Valora is a mobile wallet application for the Celo network. The application allows the users to send/ receive/ request funds, and connect with dApps....