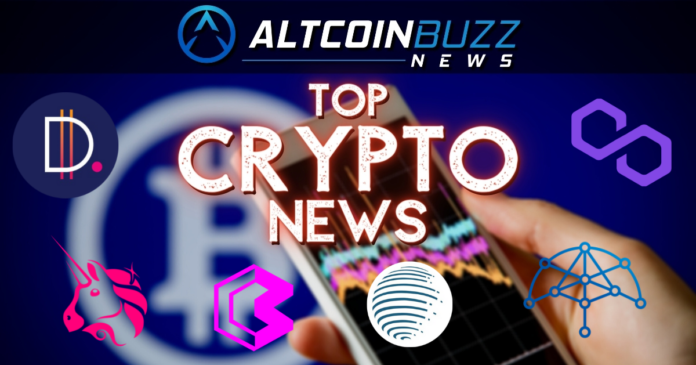 Let’s review some interesting crypto news in detail for today.

PAID Network has declared the launch of its upgraded PAID dApp to empower businesses and individuals. Moreover, PAID Network strives to streamline the business contract, litigation, and settlement processes through its DeFi-powered SMART Agreements. To further uplift its platform, PAID will add some of the exciting features as listed below to its dApp.

In addition to the above features, the PAID team has plans to implement other features, such as Cemento Library integration, Decentralized Identity (DID) support, and more. Once these innovative features get implemented, they may increase the adoption of PAID Network.

Billionaire investor Mark Cuban has revealed his investment in Polygon (formerly Matic). He stated that his portfolio company, Lazy.com, will integrate the Polygon network to create a platform for NFTs and personal galleries. Polygon provides a Layer 2 Ethereum scaling solution with low gas fees. Further, he said that apart from high TPS and lower gas fees, utility also matters in the current cryptocurrency market. Hence, Cuban said he is a Polygon user and will utilize it more in the near future. Impressively, Polygon is also listed on the Mark Cuban Companies website as one of his holdings. Polygon COO Sandeep Nailwal also described his conversation with Mark Cuban as “truly mind-blowing.”

The leading decentralized exchange, Uniswap, has recorded the highest transaction fees generation. The CEO of Uniswap, Hayden Adams, stated this news on his Twitter account. He said that Uniswap V3 and V2 have individually surpassed Bitcoin in terms of daily fee generation. As per the tweet, Uniswap v3 generated over $4.5 million while v2 garnered $3.8 million in fees for the day. At the same time, Bitcoin was lagging behind both protocols and generated over $3.7 million in daily fees. Additionally, v3 also surpassed v2 in terms of daily transaction volume, with over $1.48 billion in the past 24 hours.

Umbrella Network has announced its launch on the Binance Smart Chain (BSC) public testnet. As stated, users can utilize the BSC network to avoid Ethereum transaction fees. Overall, this will help users to enjoy BSC’s lower fees and faster transaction speed. Umbrella Network is a scalable Layer 2 oracle platform that offers high-speed and reliable data service at low costs. Hence, validators can utilize this integration to run nodes at a significantly lower cost. In addition, the team will boost the BSC Developer’s Challenge to develop new projects on top of its platform utilizing oracle data. Further, the team has also allocated a $60k UMB token prize pool to incentivize this development.

In the last bit of crypto news for today, we have Blind Boxes partnering with e-Money to explore its suite of asset-backed, interest-bearing stablecoins. The e-Money protocol offers a wide range of interest-bearing, currency-backed stablecoins, where each token is backed by a reserve of assets denominated in its underlying currency. Meanwhile, Blind Boxes is a gamified curation platform and launchpad for NFTs. Hence, this coalition helps users to purchase Blind Boxes in their native currencies. Additionally, this will increase the adoption of both the Blind Boxes and e-Money platforms. 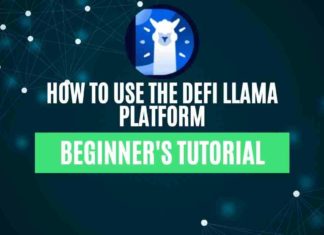 A Walkthrough Of The DefiLlama Platform

Ruma - August 23, 2022 0
DefiLlama is an analysis platform where you can check the analysis data integrated from different blockchain networks. It is the largest TVL aggregator for...

How To Use The Ecto Wallet