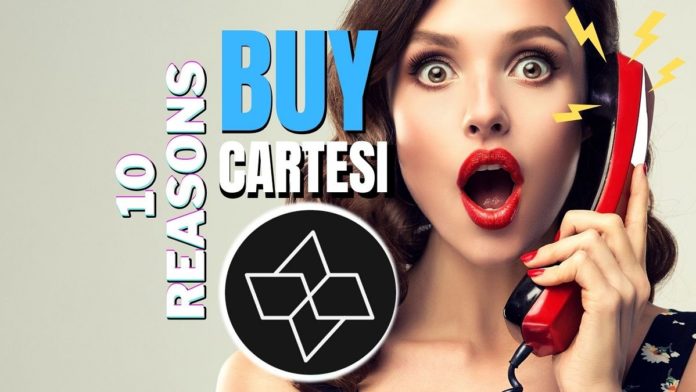 Cartesi is a Layer-2 optimistic rollups solution that aims to bring mainstream software to smart contracts. Not many people know that Cartesi was conceptualized as a trustless AI marketplace for data scientists. However, when the project kick-started the team realized they need to shift gears. That is when Cartesi started evolving as a Layer-2 off-chain decentralized computation platform. In this way, Cartesi turned into a project directly competing against a sea of scalability issues solving Layer-2 projects that use side chains. But Cartesi is unique!

That’s because it allows dApps (Decentralized Applications) to be run on Linux. Furthermore, it creates an opportunity for developers to code highly scalable smart contracts using mainstream software stacks on a Linux VM. Effectively, Cartesi (CTSI) became one of the most successful Binance Launchpad projects of 2020.

Basically, the operation of the dApps built using Cartesi remains verifiable by the blockchain while Cartesi off-chains the complex processing. This frees the computational limits of the blockchain. As a result, dApps built using Cartesi promise users and developers an experience comparable to today’s Internet applications. This was proven by its first demo project in April 2020.

This is just the tip of the iceberg. Here are top 10 top compelling reasons to bag Cartesi (CTSI) in 2021:

There exists an urgent need to solve the problem of scalability and high transaction fees on blockchain. In early 2021, Cartesi enabled million-fold computational scalability by implementing a variant of optimistic roll-ups (Descartes Rollup). Moreover, this enables running smart contracts at a high scale by performing computationally heavy tasks off-chain while still enjoying the security of Ethereum blockchain.

Cartesi is not the first project to implement optimistic roll-ups. However, it did take the concept one step ahead by combining Optimistic Rollups with Cartesi Machine. Using the powerful combination of both, the developers will be able to build highly scalable smart contracts on the mainstream software stack that runs on Linux VM.

In 2020 Cartesi released Descartes SDK which is a blockchain-agnostic layer-2 system. At the core is the Cartesi Machine which makes it possible for Descartes to support scalable computation without compromising on decentralization. Additionally, the dApp data is not disclosed on-chain preserving the data privacy for dApp builders. Most importantly, Descartes SDK allows dApp logic to be built directly on Linux.

Impressively, this is the first time ever blockchain dApp developers have access to the mainstream software stack. Furthermore, this will help them create complex and feature-packed smart contracts. Additionally, the non-blockchain developers can use the familiar mainstream software stacks to create powerful dApps without having to learn Solidity.

While building a dApp, a developer needs to consider the data storage charges on the Ethereum network. The data availability cost for dApps running on Ethereum is pretty high and is to be borne by the developers. Cartesi’s Noether is one of its three main products. Basically, Noether is a high-performance side chain for data availability. Basically, Designed for temporary data availability, it allows DApps to achieve high throughput by giving them low-cost access to the storage of large files.

Noether’s Proof of Stake v1.1 was launched in March 2021. Currently, the users can stake CTSI and earn mine rewards to participate.

As stated in the point above, Cartesi’s Reserve mining is live and CTSI holders can stake or become a node runner. Interestingly, Cartesi (CTSI) is building a staking system that overcomes some of the major issues of Proof of Stake systems. These are:

In early 2020, Cartesi conducted a super successful IEO (Initial Exchange Offering) on Binance Launchpad. The IEO was remembered for its exciting Creepts tournaments. Over 27,000 unique players played 168,000 Creepts games. Creepts was basically a demo of what Cartesi intends to achieve as it ran heavy computational tasks on Linux in a decentralized way. Basically, Creepts success helped Cartesi (CTSI) establish a significant proof-of-concept.

CTSI is a utility token of the Cartesi platform. Interestingly, it has lots of functions. Firstly, it acts as a crypto-fuel for Noether Proof-of-Stake systems. Basically, the stakers receive their rewards as CTSI and the network users also pay the fees in CTSI.

Secondly, CTSI plays a very important role in Descartes Rollups. Basically, it will find its use in dApps to pay incentives to Descartes nodes for the execution of verifiable and enforceable computation.

2020 was a year of significant growth for Cartesi as the team released Cartesi Machine (Cartesi’s VM) and Descartes (decentralized computational oracle). In 2021, the team is aggressively marching towards the implementation of mainnet.

In Q1, the team released the Descartes SDK v1.0 and upgraded Noether’s PoS to v1.1.

During Q2 the team will release Cartesi Rollups on Testnet, Noether’s on-chain infrastructure, and it’s PoS v2.0 which will support delegation

In the other half of the year, the team will release –

With the proven proof-of-concept as a scaling solution, Cartesi has acquired significant partnerships recently. It partnered with:

Elrond: Elrond Network integrated optimistic rollups for high computational scalability. Along with that this would enable a Linux runtime for smart contracts.

Some other remarkable partnerships are IOTA and Injective Protocol.

Cartesi’s on-chain activity clearly reflects adoption and growth. Moreover, the number of transactions spiked up in May. Meanwhile, the number of daily active addresses has also been increasing.

Book Hotels, Tours or Activities using @binance Pay, pay with $CTSI and get 5% back in @travalacom travel credits. Offer valid on bookings made by the 31st of May.

Fans of @cartesiproject where are you off to next? pic.twitter.com/ACsqU78eXr

Furthermore, Cartesi collaborated with Gather Network. Basically, Gather is a marketplace-based platform. It allows content publishers to monetize content. With this partnership, CTSI will be accepted as a payment method for the Gather Network ecosystem and rewards program.

Over the last one-year Cartesi (CTSI) token price has jumped over 3800%. Such a massive growth is a clear indicator of the growing popularity and credibility of the project. According to the 2021 roadmap, the team is working aggressively towards the mainnet implementation. That clearly indicates CTSI is ready to turn unstoppable! 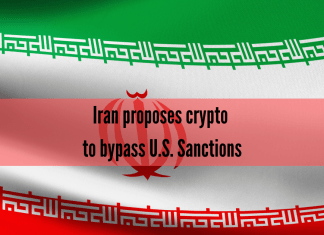 Racheal - December 21, 2019 0
Hassan Rouhani, President of Iran in a conference in Malaysia suggested the creation of a digital currency for the Muslim nation. One that will...

What Is Going On at 3 Arrows Capital?

Binance Versus Binance US, a Comparison