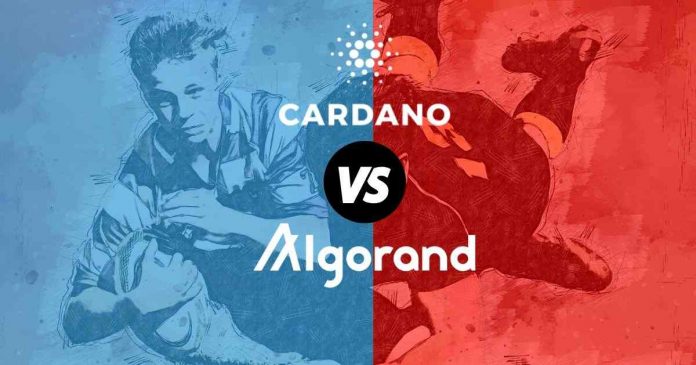 Ethereum was the first project to do much more using blockchain than just processing financial transactions. Over the last 5 years, Ethereum has established itself as one of the most groundbreaking technological innovations. But then unexpectedly Ethereum’s scalability became a big challenge.

And now projects like Cardano and Algorand are working to solve the problem. The army of Ethereum developers started grappling with what is known as the “trilemma.” It is the phenomenon according to which, at a given point in time, Ethereum can only achieve two parameters out of security, decentralization, and scalability. While the developers made co-existence of security and decentralization possible, the scalability of the network remains stunted yet. 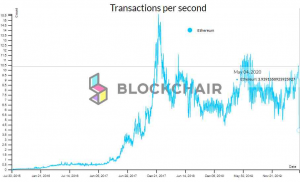 Out of sheer curiosity, we referred Blockchair to know the transactions per second (TPS) of Ethereum. It was a knee-jerking discovery. On 4th May 2020, the Ethereum network was rendering throughput of 3.939 TPS, whereas Visa continued to process 1,700 transactions every second. It must be noted that the scalability of any network gets directly translated to its market adoption.

Primarily, this is the reason why Cardano and Algorand came into existence. Both projects promise to solve the “trilemma” of Ethereum blockchain to an end.

I will start the blog with the basics of both Cardano and Algorand. After that, I will list down the similarities and then draw the comparisons. Near the end of the article, I will talk about the working products and performance of projects so far. And in conclusion, I will share my opinion. So after reading this article, you will have all the information to decide between Cardano and Algorand.

Cardano is an open-source blockchain technology project that is completely patent-free. The project offers both platform and cryptocurrency to the users just like Ethereum. Its crypto token ADA is trading close to $0.050269 at the time of press and holds the 13th largest market cap in crypto-verse.

Ethereum CEO and co-founder, Charles Hoskinson, came up with the idea of the project in 2015. After leaving Ethereum, Hoskinson established IOHK (Input Output Hong Kong) and started developing Cardano. And the project launched on 29th September 2017, after two years of development. It follows Ethereum’s smart contract functionality but promises to deliver extreme scalability as compared to Ethereum.

While Ethereum is known as Blockchain 2.0, Cardano claims to be Blockchain 3.0.

Ethereum’s answer to the scalability issue is “Casper”, the future proof-of-stake (PoS). Similarly, Cardano relies on PoS. So, what does that mean? It means the Cardano network does not have miners to validate transactions. But it has developed a unique PoS algorithm called Ouroboros. Ethereum’s Casper and Ouroboros are different in the way they select block validators.

Growing out from a scientific philosophy, Cardano is moving at a slow pace but looks like a solid pick. And that’s because Hoskinson believes only sound research can deliver impeccable quality.

The Cardano ecosystem comprises of 3 bodies:

As the first project to use Haskell and Plutus programming languages, it ensures the developers can easily contribute to its open-source code. It positions an academic peer review system to make sure the code is secure and always audited. Moreover, it plans to become more scalable through sidechains.

On top of all this, the project has taken the forefront of crypto regulations as it strongly believes that sooner or later, crypto will come under the umbrella of regulators. But it promises to maintain the use of seclusion at the same time.

Bitcoin’s record high TPS has been 7 while Ethereum’s best has been 15.623. For Cardano to become a real-time financial services tool, the TPS must be much higher than what Bitcoin and Ethereum are delivering. Currently, Cardano is capable of delivering 50-250 TPS, but according to Hoskinson, this is not enough to serve billions across the globe.

To overcome the problem of scalability, the team developed Ouroboros Hydra, the PoS system that uses sharding. Effectively, sharding boost the processing speed of the protocol as more nodes can participate in the system. And this will grow as the users on the platform grow.

Undoubtedly, Cardano is not an easy project to wrap one’s head around. Here is a very simple explanation of Cardano’s architecture. 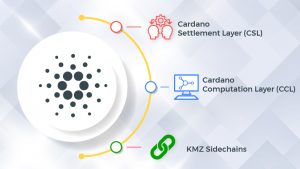 As a cryptocurrency layer of the project, CSL operates on top of Ouroboros. This is the PoS mechanism that helps the network settle the transactions at lightning-fast speeds. Recently, the project tested Ouroboros Hydra 2.0, and it reportedly delivered 1,000 TPS. According to Hoskinson, this could take Hydra to millions of TPS.

CCL is the layer that handles smart contracts and decentralized applications (DApps). It supervises the deployment and management of both and is built on Plutus.

Algorand is an open-source blockchain technology project. As an Ethereum competitor,  it brings its users a platform as well as cryptocurrency (ALGO). Its crypto token ALGO is trading close to $0.207423 at the time of press and holds the 45th largest market cap in crypto-verse.

The core principles are simplicity, performance, instant transactions, direct usage, and adoption of crypto. Just like Cardano, Algorand is trying to solve the blockchain trilemma. Along with that, it is trying to minimize the computational cost of transacting.

Silvio Micali, a computer scientist at MIT Computer Science and Artificial Intelligence lab thought of ​​creating a new consensual algorithm. Micali is also co-inventor
of Zero-Knowledge Proofs. With Algorand, the intent was to scale the blockchain without compromising the security and decentralization.

Micali called this consensus, Pure Proof-of-Stake (PPoS). And this randomly selects the block producers through Verifiable Random Functions (VRF). After two years of extensive research and development work, the first block of Algorand was mined on 11th June 2019.

Algorand claims to be a truly decentralized network as it is controlled completely by its users. As the users are the block producers, there is hardly any chance of a bad actor being present.

It establishes the unique PPoS consensus.  According to the research conducted by the Algorand team, DpoS (Delegated-PoS) never assures that the selected block producer will be honest always. Therefore it leaves a chance of centralization.

On the other hand, in bonded PoS, a staker puts in some of the funds and could harm the network as he doesn’t have much to lose. Effectively, all this leads to less distribution of consensus. In the light of how PPoS of Algorand operates, the network will remain most decentralized as all network users will be involved in consensus.

The Algorand protocol uses cryptographic sortition to enable the fast finality of transactions. The blocks are constructed into 2 phases through lotteries. As Algorands mainnet was launched with the capability of handling 1,000 TPS, we believe that Algorand can achieve what it promises. 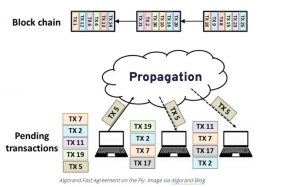 This process works in two phases.

The cryptographic sortition randomly selects an ALGO owner to create a block. And only the selected ALGO owner knows about this. Before he even lets anyone else know, the new block creation is complete, leaving no chance of vote-selling.

The network randomly selects a committee of 1,000 verifiers. They are informed about the new block creation. These verifiers validate the block and this process takes only 5 seconds.

In a traditional blockchain, for the block to be finalized, it must be propagated to everyone. After everyone agrees on the validity of the block, using some mechanism it is added to the chain. This is a lot of work. And Algorand has effectively brought down the block addition time with its PPoS protocol.

This is known as Algorand Fast Agreement on the Fly. While the block is still propagating, the agreement on the proposed block is reached. The moment, the users receive the block, they vote and the block continues to propagate. Effectively, when the block reaches the last user, the voting is already over and it is immediately added to the chain.

Thus it gives the experience of instant agreement.

Now is the time to draw the comparisons between Cardano and Algorand. 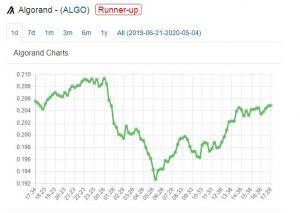 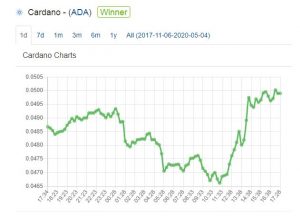 It was indeed a long one. But when it is about two neck-to-neck competitors, the verdict is never going to be an easy one. Both the projects are forging ahead with the same philosophy, their teams believe in extensive research and carefully developed and curated products.

As we know much more about Cardano, it wins over Algorand hands down for me. With Cardano’s Shelley upgrade just around the corner, we are really excited, let us now wait and watch what Algorand throws at us. 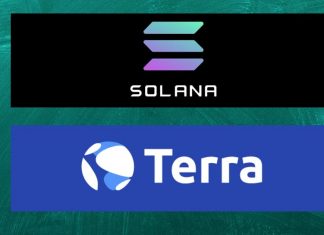 Solana Teams Up with Terra

Racheal - April 21, 2020 0
Blockchain platform Solana has announced a strategic partnership with Terra. The partnership aims to facilitate the smooth transfer of stablecoins to Solana’s "web-scale blockchain." According...