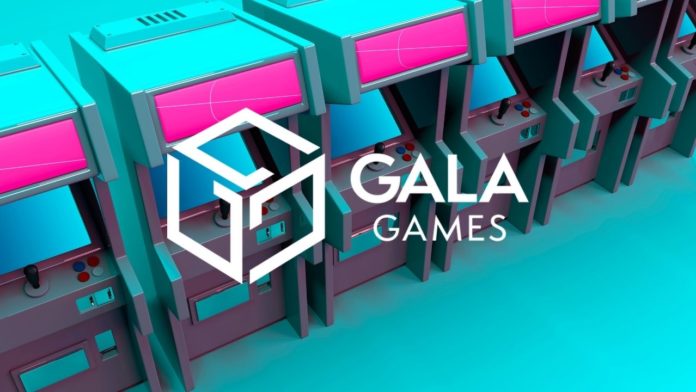 Play-to-earn gaming is exploding right now. A slew of new gaming projects is announced every week, making it challenging to keep up with them all.

However, the majority of these initiatives are time-sensitive, and no one wants to miss them. In this article, you’ll discover everything about the GALA Ecosystem.

For example, Star Atlas did a 100X from its ICO price within a week of listing. Also, Axie Infinity hit an ATH of USD 155 last week, with an ROI of 1200X in the previous year.

Therefore, we are going to discuss a Gaming project which did 100X already since its launch. We think that this project has a lot more room to grow. In this article, you’ll discover everything about the top 4 P2E NFT Games in the Gala ecosystem.

What are Gala Games?

Gala Games is a blockchain-powered NFT games platform that aims to empower players to take ownership of NFTs used in the gaming sector. The platform is one of the earliest movers since its launch in 2020.

Moreover, Gala Games has a vision of building the next high-quality blockchain games to ensure the sector’s longevity. So, launching MVP-type does not fit Gala’s plans, where each game offers something different to engage the audience. In short, Gala Games wants to give players complete control over their tournaments.

How Does Gala Games Works?

Gala Games platform was built on Ethereum Network and later switched to the Binance Smart Chain.

This gaming platform works with nodes that secure the Gala ecosystem called “Founder’s Nodes.” There is a maximum of 50,000 Founder’s Nodes, where users can also run Gala Nodes. In return, they can receive $GALA tokens and some rare NFTs. 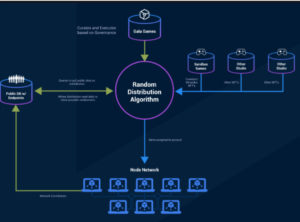 Also, the Gala Node ecosystem is a triple-proof mechanism; it includes a proof-of-work, proof-of-stake, and proof-of-storage protocol. If you want to get a node license, you can buy a node for around USD 290,000.

Since launching in 2020, Gala Games has grown to 1.3 million monthly active users. Around 26,000 NFTs have been sold, with the most expensive piece valued at USD 3 million.

Gala Games is similar to the popular gaming platform Steam. Like Steam, Gala features a wide variety of games for users to pick and play. However, all games in the Gala ecosystem are 100% free-to-play, and gamers can access them through a decentralized application (DApp).

As @Steam works to rip blockchain out of their platform, @GoGalaGames is going all in.

History always has two sides…those who embrace new technology and those who seek to destroy it.

Let’s find out the main games that Gala offers:

Town Star is a town building and development game that allows players from all over the world to compete to earn NFTs.The aim is to create a productive town.  The game is a browser game so that players can access it with their PC and Mobile. The cross-device compatibility makes Town star very popular among the Gala community.

Mirandus is a fantasy RPG game where players battle monsters in various locations and build their land to earn revenue. In the game, players have absolute freedom of choice. They can set out into the wilderness alone to try their fortunes against the monsters of the deep woods and dungeons.

Players can access Mirandus with their PC. The game is not yet available as a mobile version.

Spider Tanks is a multiplayer online battle arena (MOBA) game developed by GAMEDIA. Players can buy fully tradable in-game assets to upgrade their gaming experience. The game is not yet available to play and will hit the space in Q4-2021.

Echoes of Empire is an epic sci-fi strategy game set within a galaxy at war. Players can build, upgrade, and own a fleet of spaceships to control their universe. The game is still in development and will be available on PC.

Gala Games marketplace makes it easy for players to buy and sell in-game assets over its built-in marketplace. So you can sell your Town Star assets and buy Spider Tanks NFTs in a go. Also, Gala Games has an impressive 1.3+ million active users. So the games launched through the platform are likely to become famous.

Therefore, All NFTs will have six rarity options:

Only half an hour left to save 50% on #intothegalaverse event passes at https://t.co/JCSASBWkwZ

And you can buy these NFTs with GALA, Ethereum, or BAT. This factor adds a constant demand pressure for $GALA tokens. As per the trend, new games replace some old ones, which can go on for a long time. But with Gala, you are not investing in any specific game, but several games that keep evolving.

On the other hand, VOX is collectible NFT avatars of Gala Games. Each VOX is unique and incorporates a sense of rarity. Gala distributed 8,888 VOX for an average price of 0.0888 ETH.  VOX has other utilities besides just being an NFT avatar. Holders can lock up GALA and earn VOXcoin. VOX owners can also animate their avatars which suggests 3D printing NFTs in the future.

Eric Schiermeyer is the man behind Gala games. He has a reputation for working on cutting-edge gaming. He is the co-founder of Zynga, a famous mobile games company.

Have you heard of Poker, Mafia Wars, and Farmville? These games were massively successful, and Eric played a significant role in making these games a reality.

$GALA is the platform’s native utility token. The token serves as the primary digital asset inside the Gala Games ecosystem for several purposes. This covers purchasing in-game things, peer-to-peer payments, rewarding nodes, among others. 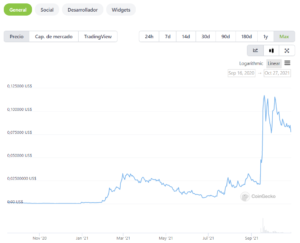 Finally, each year, on July 21st, the distribution of $GALA tokens will be further halved, Similar to Bitcoin halving. You can buy Gala with Kucoin, OKEx, gate.io, and Uniswap also.

Finally, Gala Games is conducting a gaming summit on December 11th. The Galaverse conference is essential for the platform, and the Gala community is expecting significant announcements then.

We hope you’ve enjoyed the information about the GALA Ecosystem 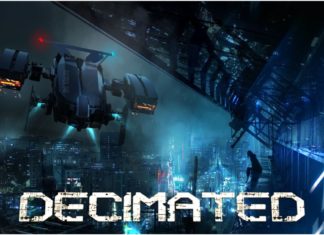 Conquer The World With Decimated, A Post-Apocalyptic RPG P2E Game

Victor - July 1, 2022 0
Imagine a world totally in ruins. Nature could no longer cope and the flora and fauna died. Civilization collapsed due to the high pollution....