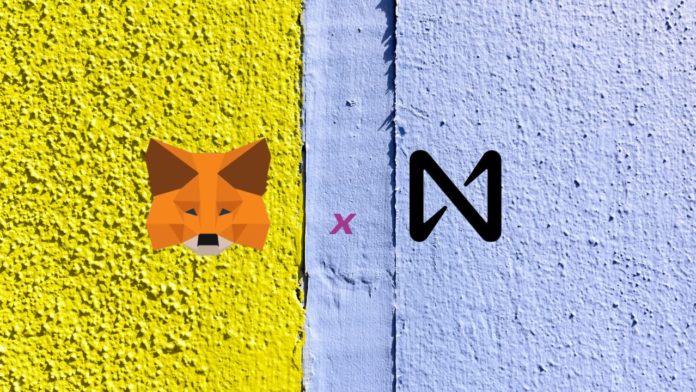 The NEAR network has integrated MetaMask. This means that NEAR has become the first not-compatible EVM blockchain. Therefore, Proximity Finance researcher ‘@resdegen’ posted the update over the weekend.

He reported that there was no need to create a NEAR wallet as MetaMask now integrates directly with the protocol. In this article, you will discover more about the benefits of this integration.

Why did NEAR integrate with Metamask?

This integration is entirely on the NEAR side via smart contracts using Ethereum accounts. The contract is audited but it is an “early-stage alpha” version so may have bugs or issues.

Also, the plugin has been given the codename “nETH”, according to Proximity Finance.

This Is Huge:$NEAR becomes the first non-EVM chain with @MetaMask compatibility 🤯

Additionally, the user interface is being upgraded and improved to provide a seamless ‘one-click setup.’ The integration uses the Rainbow Bridge to transfer ERC-20 tokens into the ecosystem. Moreover, the Rainbow Bridge allows any information to be usable in Ethereum contracts and vice versa.

More About the NEAR – Metamask Integration

In addition, MetaMask already works with the Aurora Network because it is EVM compatible. Therefore, NEAR essentially said that there is no need to create a NEAR wallet to bridge tokens over.

ICYMI: Sneak peek of "Codename: nETH" on the #Consensus2022 stage!

This blockchain is a public, sharded, a proof-of-stake layer-1 blockchain built by the NEAR Collective. The ecosystem has just $456.2 million in total value locked and just a handful of dapps. Also, the Ref Finance protocol is the largest one on the network according to Defillama. It has around 46% of the TVL for the entire ecosystem.

The protocol’s native token, NEAR, has fallen hard in the bear market. As a result, it has dumped a whopping 20% over the past 24 hours. In addition, this token was trading at $3.14 at the time of writing this article.

Finally, it has a circulating supply of 710.4 million out of a maximum of one billion tokens. This gives NEAR a current market cap of $2.23 billion ranking it at number 29. 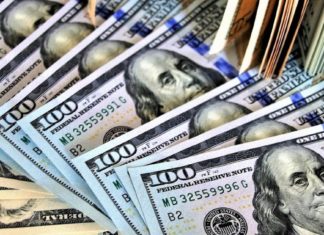 Opinion: How Many Craig Wrights Exist? And Which One is a...