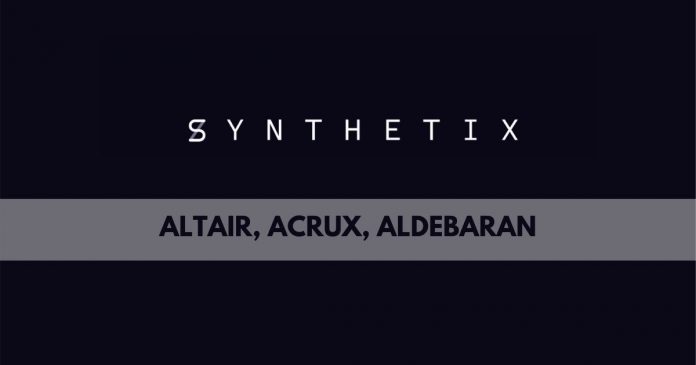 The Synthetix team welcomes three new updates on its platform. The on-chain crypto-backed platform disclosed its newest updates as Altair, Acrux, and Aldebaran.

The recently launched Synthetix (SNX) update was the first submitted audit. With the auditing process still underway, the crypto-backed platform decided to split the launch into two sets. Altair which was was the first to go on June 4, 2020, at 12 am (UTC). This will be subsequently followed by Acrux which is still undergoing an audit. Aldebaran will be the last to be launched in July 2020. The entire update is being concluded with the focus currently on “the launch of Synthetix Futures”.

Below is a breakdown of Synthetix pending audit finalization for its next two releases.

First, on the list is Altair which went live on June 4, 2020. Audit finalization on it includes:

Previously, SIP-15 had been ruled out as outdated. The mechanism had been abandoned for about a year, seeing as it dates back to August 2018. However recently, Jackson Chan, Blockchain Engineer at Synthetix decided to carry out research on its implementation. The research paid off immensely and he ended up simplifying the SIP-15 liquidation mechanism.

According to reports, Liquidations are less likely to be activated when the c-ratio is 800%. However, having an improved SIP-15 mechanism creates a way for lower c-ratios in the near future.

Many disagreements have been caused by the current fee method. With many describing the single fee rate as inadequate. SIP-56 will promote lower fees on FX and equity synths while ensuring other assets and crypto synths pay much higher fees.

Synthetix in recent times has experienced a bike in its external integrations. With SIP-57, integrations on Synthetix will not only be safe but also seamless. The SIP provides a single interface for a myriad of contracts, therefore facilitating integration.

This upgrade is scheduled for late June/early July 2020.

SIP-48 is also channeled toward external integrations. The improvement ensures members still have access to information even when an upgrade is going on. Or even in the event of a Synth outage.

Another important update on Synthetix is Binary options. With it, anyone can build a new binary market to protect assets “already into Synthetix”. Assets like Gold, Silver, and Equity indexes.

SIP-58 will facilitate a much-better UX on the platform. With it, users can “track the impact of fee reclamation on every trade”.

Specially created for transparency and control for token holders. SIP-59 will come into effect post-Acrux, during which all “protocol upgrades will go through the delegated migrator”.

SIP-59, according to an official blog post, symbolizes the most significant change in the network protocol control since its launch in 2018.

This SIP will trace the amount paid per address and distribute SNX tokens appropriately.

Find out more about upcoming updates and also express your thoughts about the upgrades on their Discord page.

Altcoin Buzz recently listed Synthetix as one of the Ethereum Based DeFi to defy the corona effect. 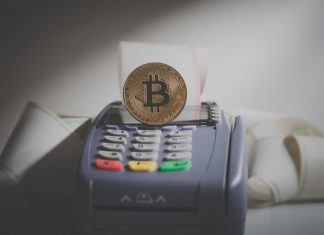 Spending your Bitcoin on Amazon and other E-Commerce sites just got...

Romel - April 23, 2019 0
Crypto startup "Pay with Moon" can now process your transactions and help you buy goods off e-commerce sites like Amazon. Thanks to its browser...