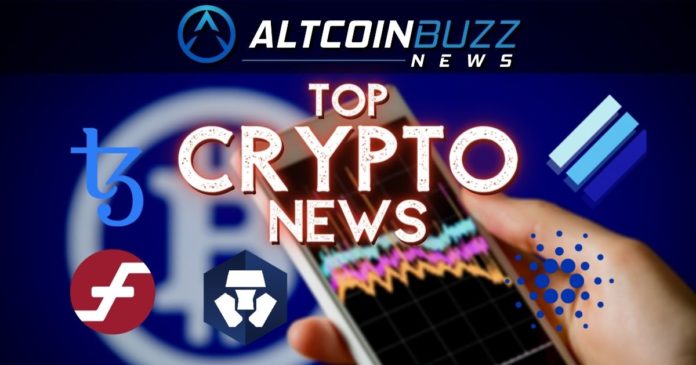 After making a daily high of $50,311, Bitcoin underwent a correction and is now trading at $48,099. Meanwhile, the second-largest cryptocurrency, Ethereum, is trading close to $3,176.

1 – Traders Reveal Their Bitcoin Holdings Amid Bitcoin Struggle Above $50K

At the time of writing, Bitcoin is struggling to make support above the $50,000 region. Meanwhile, PayPal has announced it will expand its platform in the U.K. to allow the buying and selling of cryptocurrencies. Along with this, Coinbase also revealed it will buy $500 million in cryptocurrency to add to its balance sheet.

As per CNBC, the president of Blue Line Capital, Bill Baruch, revealed that he owns Bitcoin. In addition, he said BTC could retrace to the $45,000 region, and if this happens, he will increase his holdings. Besides this, John Petrides, the portfolio manager at Tocqueville Asset Management, stated that he is increasing his portfolio by investing in ETHE Grayscale Ethereum Trust.

Over the past month, Cardano’s (ADA) price has seen a sudden surge. Last month, the price of ADA was $1.22, while it has recently recorded a high of $2.90. This sudden increase helped Cardano to grab the position of third-largest cryptocurrency in the world in terms of market cap.

As per analysts, there are a couple of reasons for this rise in ADA. The first being that Cardano claims to be an environmentally-friendly cryptocurrency. Secondly, the ADA network is about to get a software update, which will introduce smart contracts to the network. Consequently, which will enable it to compete against bigger rivals such as Ethereum. Notably, this software update will be launched in September 2021.

Tezos has announced that Crypto Finance Group, InCore Bank, and Inacta have selected them for their on-chain digital products. Recently, Tezos launched the DAR-1 token that provides the function and support for financial markets in compliance with regulations.

This collaboration between Tezos and leading European banks empowers banking design for the future, minimizing legacy issues that imply additional costs and compromises. In addition, InCore Bank integrates this service to offer staking to their clients’ assets seamlessly and effortlessly. Additionally, InCore Bank and Inacta also have plans to launch a number of issuances on Tezos in the near future.

Crypto.com announced it has become the first Innovation & Technology partner of Italian football. As per the tweet, Lega Serie A’s VAR Center in Lissone will be co-branded as the Crypto.com VAR Center.

Lega Serie A is the first sports league in the world to introduce VAR (Virtual Assistant Referee) technology in 2017. Crypto.com is one of the fastest-growing crypto apps, along with the Crypto.com Visa card, exchange, and DeFi wallet. Hence, this coalition will enhance the fan experience with technology and innovation.

In the name of future: we are very glad to welcome @cryptocom as first Innovation & Technology Partner of Italian football ➡️ https://t.co/d4rGNpgpYL#WeAreCalcio pic.twitter.com/NxeTx9Nqup

Firo will launch an updated version with its hard fork. Moreover, this hard fork is scheduled to take place on block 401580 (approximately August 26, 2021). As per the tweet, this upgrade will move the Lelantus joinsplit payload into the vExtrapayload section and allows Trezor support to be re-enabled.

Notably, Lelantus offers a burn-and-redeem model, which provides the highest level of security without compromising on trustlessness. Hence, this release will fix issues such as unspendable funds stuck in Sigma. Firo is a digital currency with a focus on setting privacy standards. Hence, this upgrade will boost the usage of the FIRO network.

Backup your wallet prior to updating for safety pic.twitter.com/go1xQx5Hgg

In the last bit of crypto news for today, we have Linear Finance launching perpetual contract series on its exchange. With this release, the long positions on this exchange are equivalent to borrowing ℓUSD and buying liquid BTC or ETH. Later on, these position gains in liquid BTC or ETH are minted and locked.

On the other hand, opening a short position is equivalent to borrowing liquid BTC or ETH and sold into ℓUSD and locked. Further, the locked BTC or ETH is sold into ℓUSD together with the initial margin put in by the user in order to repay the ℓUSD debt. Interestingly, these perpetual positions are represented by positional NFTs which are minted upon position creation and burnt when positions are closed.

We are pleased to announce the launch of the #LinearFinance Perpetual Contract Series. 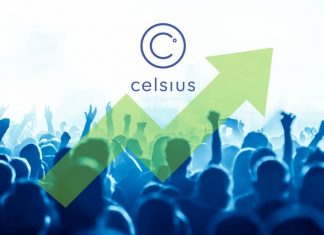 Deepika Garg - April 30, 2020 0
As a peer-to-peer (P2P) lending company facilitating borrowing and lending of cryptocurrencies, Celsius Network has come a long way. And in a recent press...