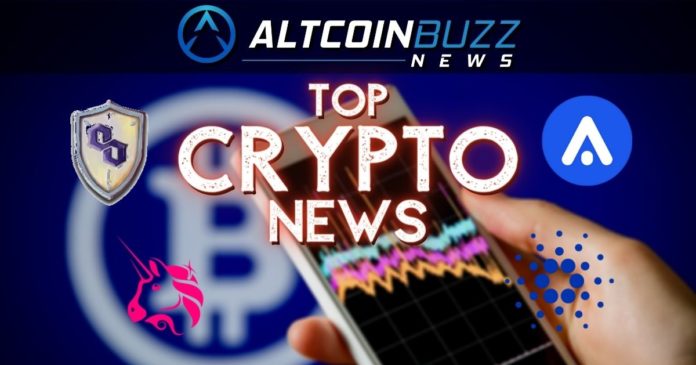 AIOZ Network has announced it is entering NVIDIA’s Inception accelerator to expand the capabilities of its content delivery network. NVIDIA’s Inception is a startup acceleration platform that provides firms with market support, expertise, and the technology of the world’s leading GPU distributors.

With this participation, AIOZ will get a chance to expand its network by interacting with other participants at exclusive events. Further, AIOZ would get access to NVIDIA’s unique GPU infrastructure and its channels to receive co-marketing support. In addition, NVIDIA’s unique GPU applications and hardware will scale the AIOZ Network. Consequently, this will help AIOZ Network to consume fewer resources with higher efficiency through GPU cores.

Step Hero has collaborated with GameFi to boost its NFT marketplace. GameFi is a hub of game finance that features a launchpad, aggregator, marketplace, accelerator, and more. While Step Hero is the first NFT fantasy-themed RPG (role-playing game) on the Polygon network. It combines NFT gaming with DeFi which allows users to enjoy playing, investing, and earning money simultaneously.

With this coalition, users can purchase, sell, and trade $HERO tokens and HERO collectibles through GameFi’s cross-chain marketplace. Further, Step Hero players and investors will get the staking and other yield guilds option in GameFi’s ecosystem. Collaboratively, both the teams will enhance and integrate GameFi features into games, such as NFT-rental in the Step Hero RPG. Additionally, GameFi will utilize Step Hero’s community to promote its platform’s attributes on Step Hero RPG.

@GameFi_Official is proud to announce a strategic partnership with @StepHeroNFTs, a fantasy-themed RPG 🚀#StepHero will benefit from the support of #GameFi through the multiple features of the platform ⚔️ Wanna know more?

The leading decentralized exchange, Uniswap, has recorded the highest platform fees for liquidity providers. As per the tweet, combined fees generated by Uniswap v3, along with older versions, are roughly $1.02 billion.

@Uniswap just became the first protocol to surpass $1B+ in fees 🤯

In the last bit of crypto news for today, we have the Cardano Foundation declaring the minting of the world’s first non-fungible tokens of appreciation (NFTAs). Moreover, NFTAs are appreciation NFTs (just like certificates of appreciation) which were awarded to 10 Cardano (ADA) developers who contributed to the development of the blockchain.

In addition, the team has rewarded the community members with Bronze Tokens of Appreciation. These Bronze Tokens are a way to give the NFTAs extra utility over their collectability. Further, the project has chosen CIP 721 Metadata Standard to mint new tokens, which is an NFT-focused Cardano Improvement Proposal. Interestingly, this enables users to attach metadata with Cardano’s token to store the information on the blockchain.

NEW DEV BLOG: How we minted the NFTAs, and why we went for this standard

Check out the article for more: https://t.co/n2q73f3AfF#CardanoDeveloperPortal 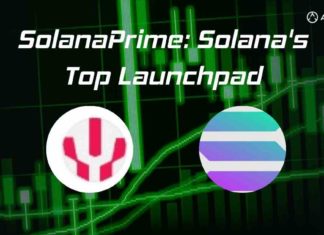 SolanaPrime is a Gateway to the Next Wave of Web3 Projects

Lawrence Mike Woriji - May 7, 2022 0
Solana is a proof-of-stake blockchain that has enjoyed breakthroughs since its inception. The fast-paced blockchain records a huge TVL. Solana is also a growing...