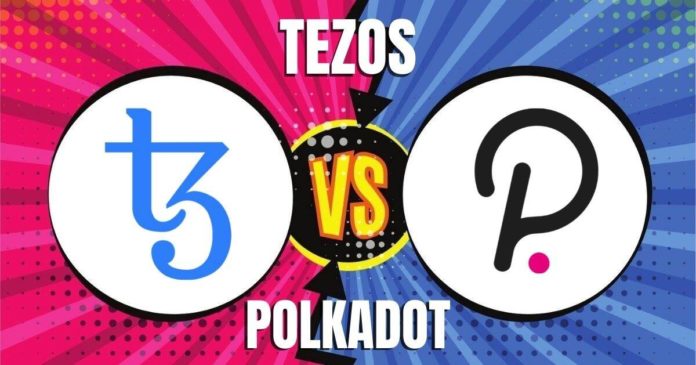 In this article, we will make a comparison of two projects: Tezos vs Polkadot. We will see what are the similarities and differences between them, and determine which holds the upper hand.

Tezos is a decentralized public blockchain for peer-to-peer (p2p) transactions and for deploying smart contracts. The founders of Tezos are Arthur Breitman and Kathleen Breitman. They published a “position paper” in 2014, where they described the idea of Tezos. Shortly after that they published the white paper. The company is based in Switzerland. The Tezos ICO is one of the biggest ICOs in 2017, where the Tezos Foundation raised $232 million.

Polkadot is a next-generation blockchain protocol that enables different blockchains to run independently within one network. The founder of Polkadot is Dr. Gavin Wood, who is also a co-founder of Ethereum. Like Tezos, Polkadot is also one of the biggest ICOs in 2017 with $150 million raised funds.

One of the primary use case of Tezos is on-chain governance. Also, Tezos network is platform for the creation of decentralized applications and smart contracts. Tezos platform has native smart contract language called Michelson, which allows the use of mathematical testing to determine the logic behind each smart contract, and also reduces the possibility of vulnerabilities.

A primary use case for Polkadot is enabling interoperability between chains. Polkadot aims to facilitate an internet where independent blockchains can exchange information and transactions in a trustless way via the Polkadot relay chain. It make it easier to create and connect decentralized applications, services, and institutions.

The blockchain network for Tezos is divided into three parts which are the consensus protocol, network protocol, and the transaction protocol. Tezos is a proof of stake (PoS) blockchain and people who hold XTZ (native token of Tezos blockchain) can vote on proposals for protocol upgrades that have been put forward by Tezos developers. Tezos is ranked 39th on Coinmarketcap with total market cap of $2.4 B.

Polkadot is a nominated proof-of-stake (NPoS) system. Holders of Polkadot’s native token (DOT) can participate in securing the network by staking their tokens. They can do that in two ways: by running node as a validator, and by nominating. Polkadot is ranked 9th on Coinmarketcap with $15 B of total market cap.

There are 135 projects on Tezos platform at the time of publication. Projects are classified into several categories such as decentralized applications (Dapps), decentralized finance (DeFi), non-fungible tokens (NFTs), etc. On Polkadot platform there are 463 projects at the time of publication. More than 150 projects are Substrate based projects. Substrate is Polkadot project started in 2016.

Tezos has more than 20 partnerships. The two latest and most attractive are partnerships with Formula 1 teams. Red Bull Racing team and McLaren will make NFT collections on Tezos blockchain. For Polkadot there is no information of the number of partnerships. Polkadot has partnerships with many other crypto projects such as Chainlink and IOST, and a partnership with the Trace Alliance.

Both projects had great growth in the first 5 months of 2021. We are currently in the correction of prices of all cryptocurrencies, including XTZ and DOT. Tezos reached a maximum value of $8.4 for one XTZ, while its current price is $2.77; a fall of over 60%. For the last 10 days the price has been rising, from $2.12 to the current price. The situation is similar with Polkadot. The price reached a value of $50 and then fell 75 percent to a price of $13. After that, the recovery started and the price is now $14.77.

These are two quite different projects with different use cases. They are difficult to compare based on some fundamental characteristics, but they can be compared in things they have in common. Both blockchains work on the principle of PoS. Polkadot has a higher reward for holders (13% per year) while Tezos has 6%. Polkadot is also more decentralized than Tezos. 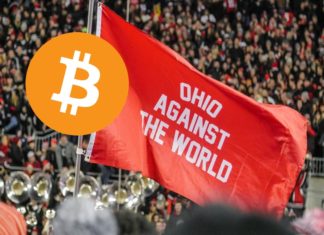 Luc Lammers - November 26, 2018 0
In a period where the bears are in full control of the crypto market, good news about cryptocurrency adoption is very much needed. Ohio...

Bakkt CEO Claims Progress is Being Made; Launch Date Still Not...